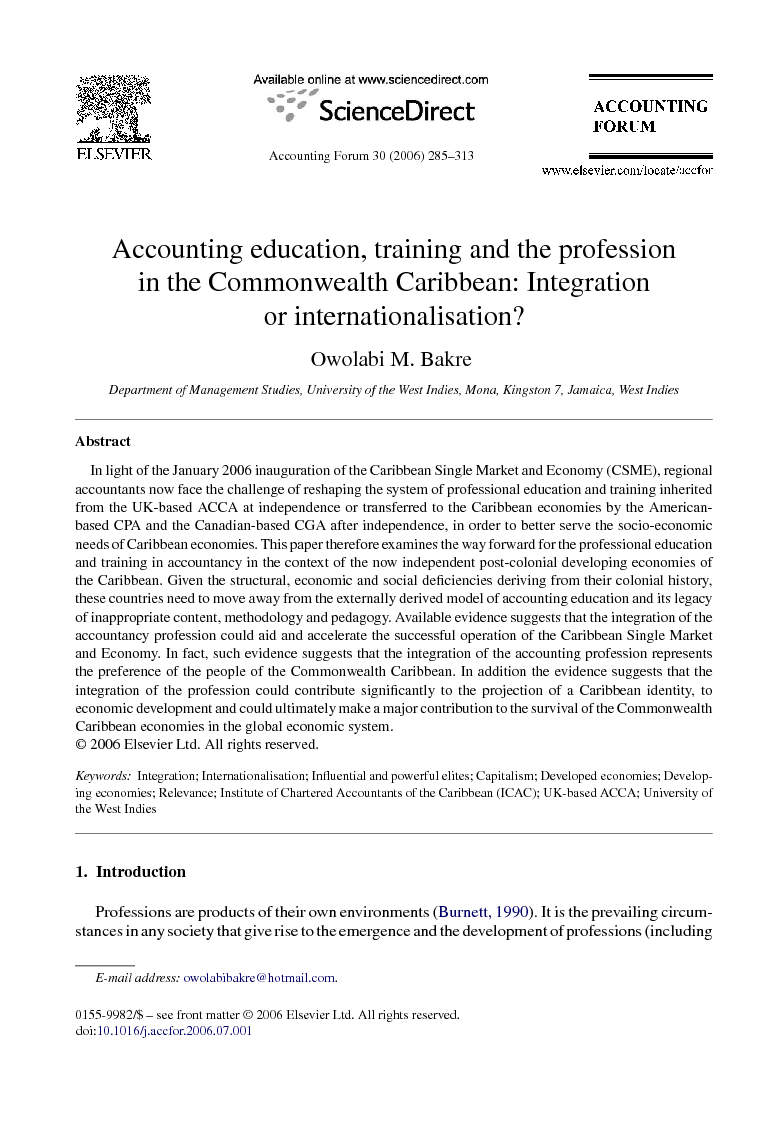 In light of the January 2006 inauguration of the Caribbean Single Market and Economy (CSME), regional accountants now face the challenge of reshaping the system of professional education and training inherited from the UK-based ACCA at independence or transferred to the Caribbean economies by the American-based CPA and the Canadian-based CGA after independence, in order to better serve the socio-economic needs of Caribbean economies. This paper therefore examines the way forward for the professional education and training in accountancy in the context of the now independent post-colonial developing economies of the Caribbean. Given the structural, economic and social deficiencies deriving from their colonial history, these countries need to move away from the externally derived model of accounting education and its legacy of inappropriate content, methodology and pedagogy. Available evidence suggests that the integration of the accountancy profession could aid and accelerate the successful operation of the Caribbean Single Market and Economy. In fact, such evidence suggests that the integration of the accounting profession represents the preference of the people of the Commonwealth Caribbean. In addition the evidence suggests that the integration of the profession could contribute significantly to the projection of a Caribbean identity, to economic development and could ultimately make a major contribution to the survival of the Commonwealth Caribbean economies in the global economic system.