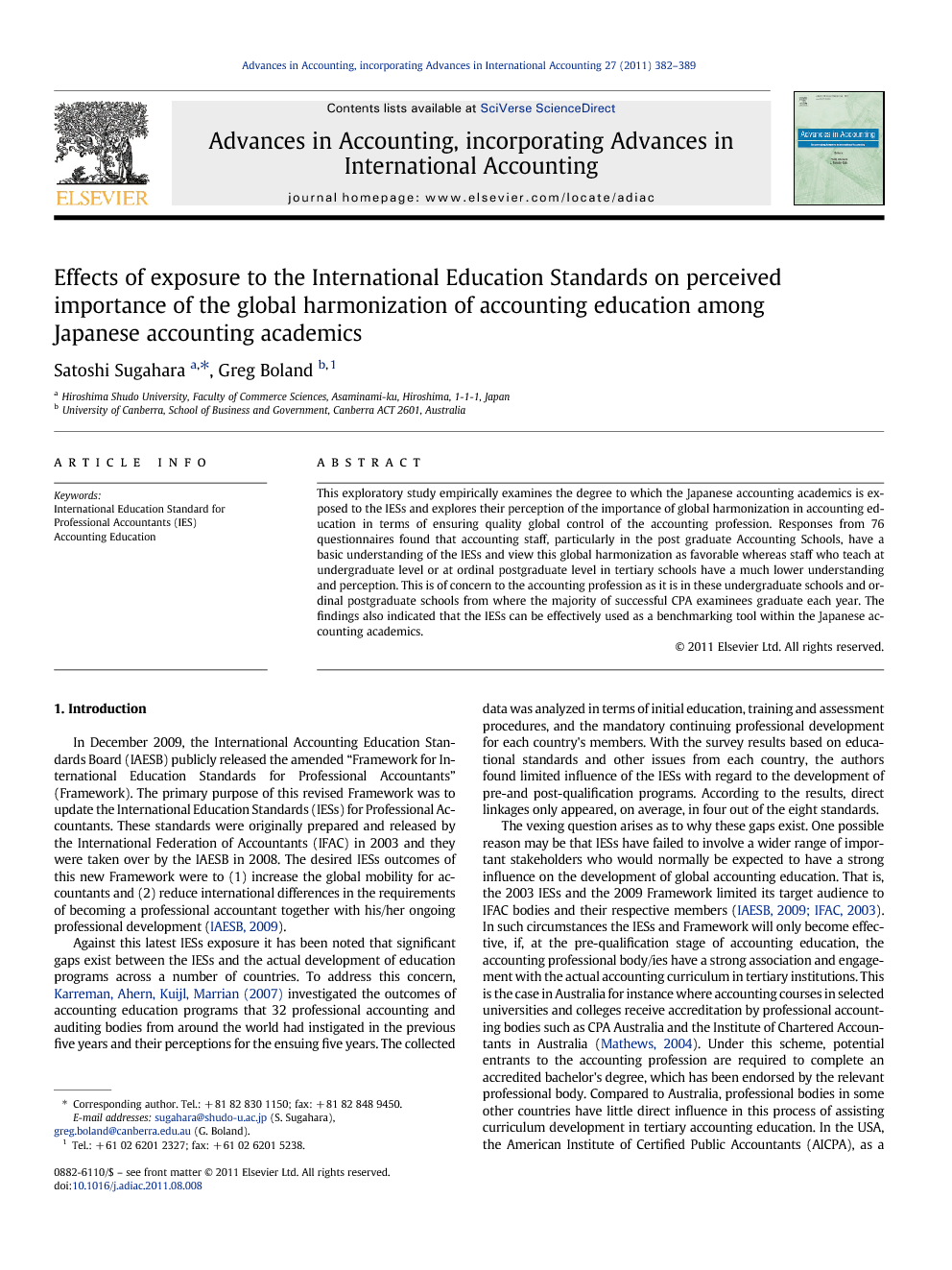 This exploratory study empirically examines the degree to which the Japanese accounting academics is exposed to the IESs and explores their perception of the importance of global harmonization in accounting education in terms of ensuring quality global control of the accounting profession. Responses from 76 questionnaires found that accounting staff, particularly in the post graduate Accounting Schools, have a basic understanding of the IESs and view this global harmonization as favorable whereas staff who teach at undergraduate level or at ordinal postgraduate level in tertiary schools have a much lower understanding and perception. This is of concern to the accounting profession as it is in these undergraduate schools and ordinal postgraduate schools from where the majority of successful CPA examinees graduate each year. The findings also indicated that the IESs can be effectively used as a benchmarking tool within the Japanese accounting academics.