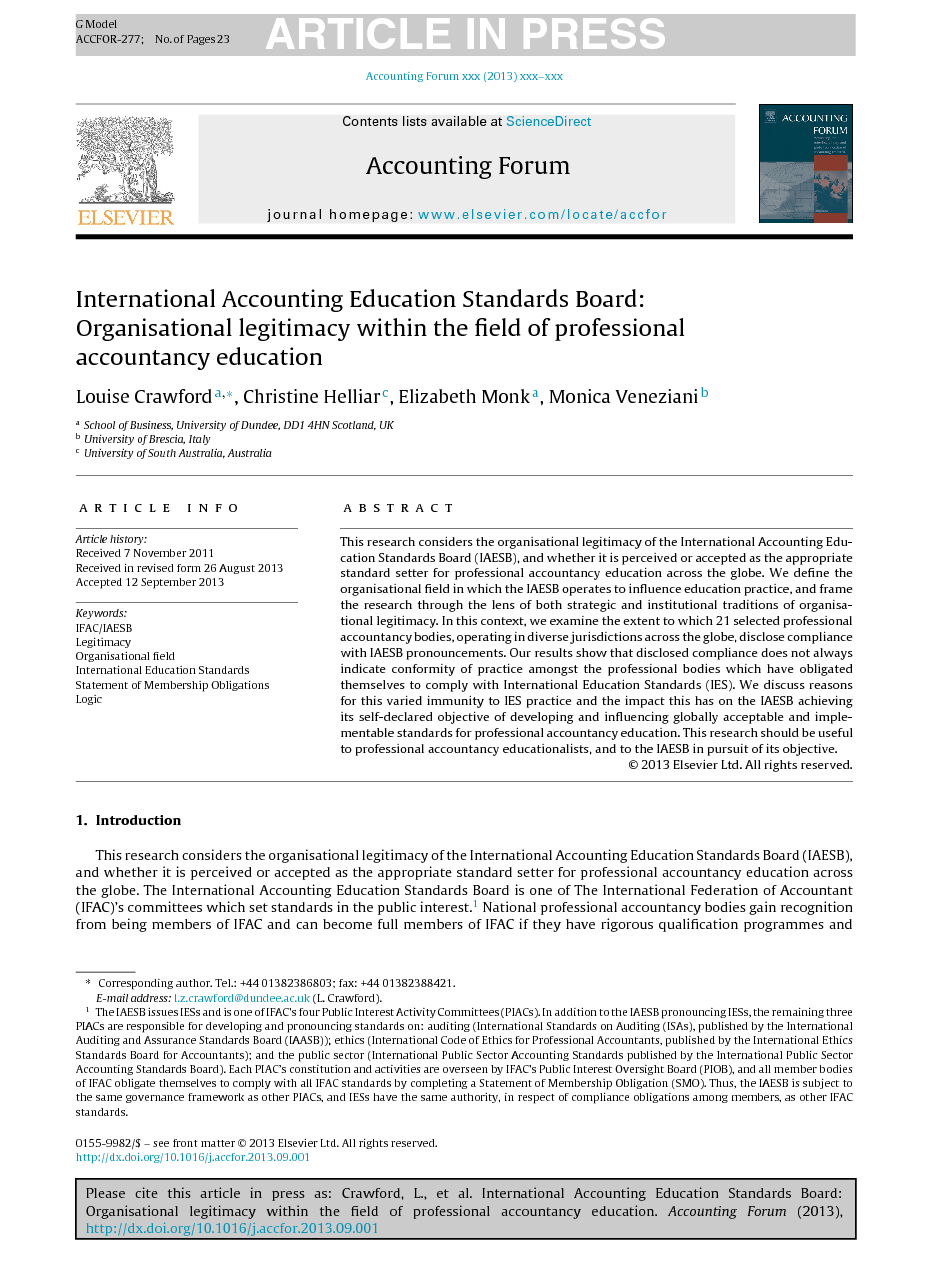 This research considers the organisational legitimacy of the International Accounting Education Standards Board (IAESB), and whether it is perceived or accepted as the appropriate standard setter for professional accountancy education across the globe. We define the organisational field in which the IAESB operates to influence education practice, and frame the research through the lens of both strategic and institutional traditions of organisational legitimacy. In this context, we examine the extent to which 21 selected professional accountancy bodies, operating in diverse jurisdictions across the globe, disclose compliance with IAESB pronouncements. Our results show that disclosed compliance does not always indicate conformity of practice amongst the professional bodies which have obligated themselves to comply with International Education Standards (IES). We discuss reasons for this varied immunity to IES practice and the impact this has on the IAESB achieving its self-declared objective of developing and influencing globally acceptable and implementable standards for professional accountancy education. This research should be useful to professional accountancy educationalists, and to the IAESB in pursuit of its objective.