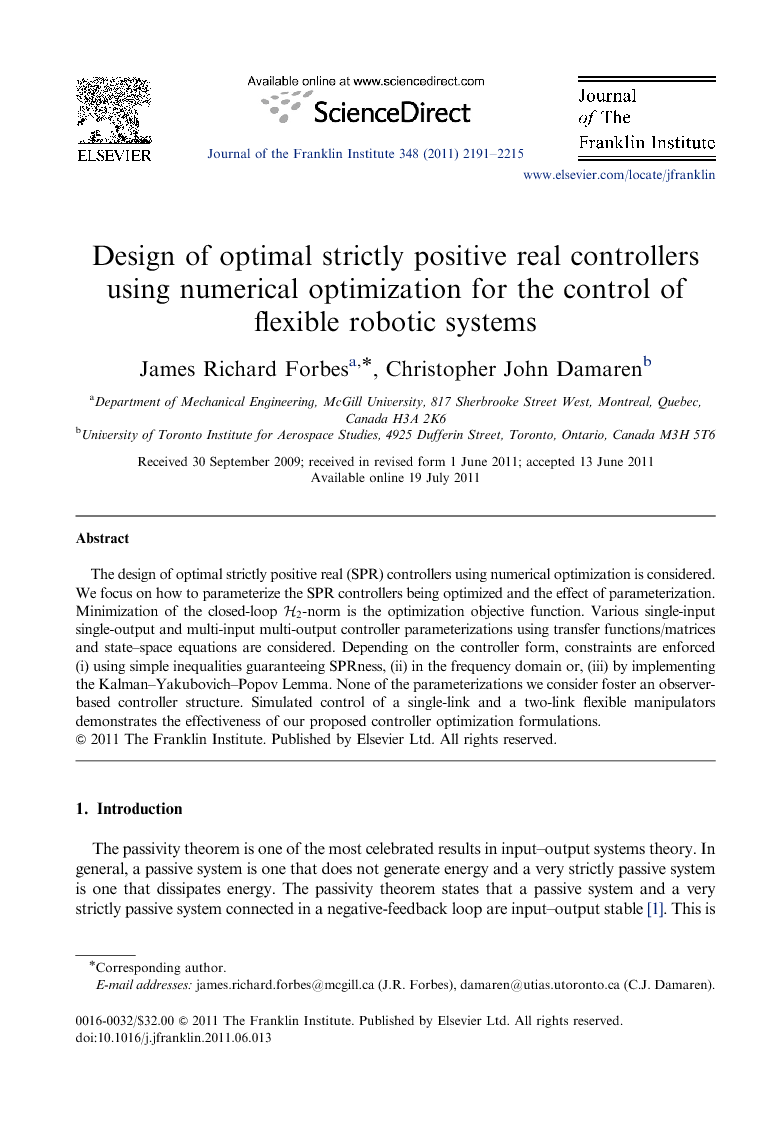 The design of optimal strictly positive real (SPR) controllers using numerical optimization is considered. We focus on how to parameterize the SPR controllers being optimized and the effect of parameterization. Minimization of the closed-loop H2-norm is the optimization objective function. Various single-input single-output and multi-input multi-output controller parameterizations using transfer functions/matrices and state–space equations are considered. Depending on the controller form, constraints are enforced (i) using simple inequalities guaranteeing SPRness, (ii) in the frequency domain or, (iii) by implementing the Kalman–Yakubovich–Popov Lemma. None of the parameterizations we consider foster an observer-based controller structure. Simulated control of a single-link and a two-link flexible manipulators demonstrates the effectiveness of our proposed controller optimization formulations.