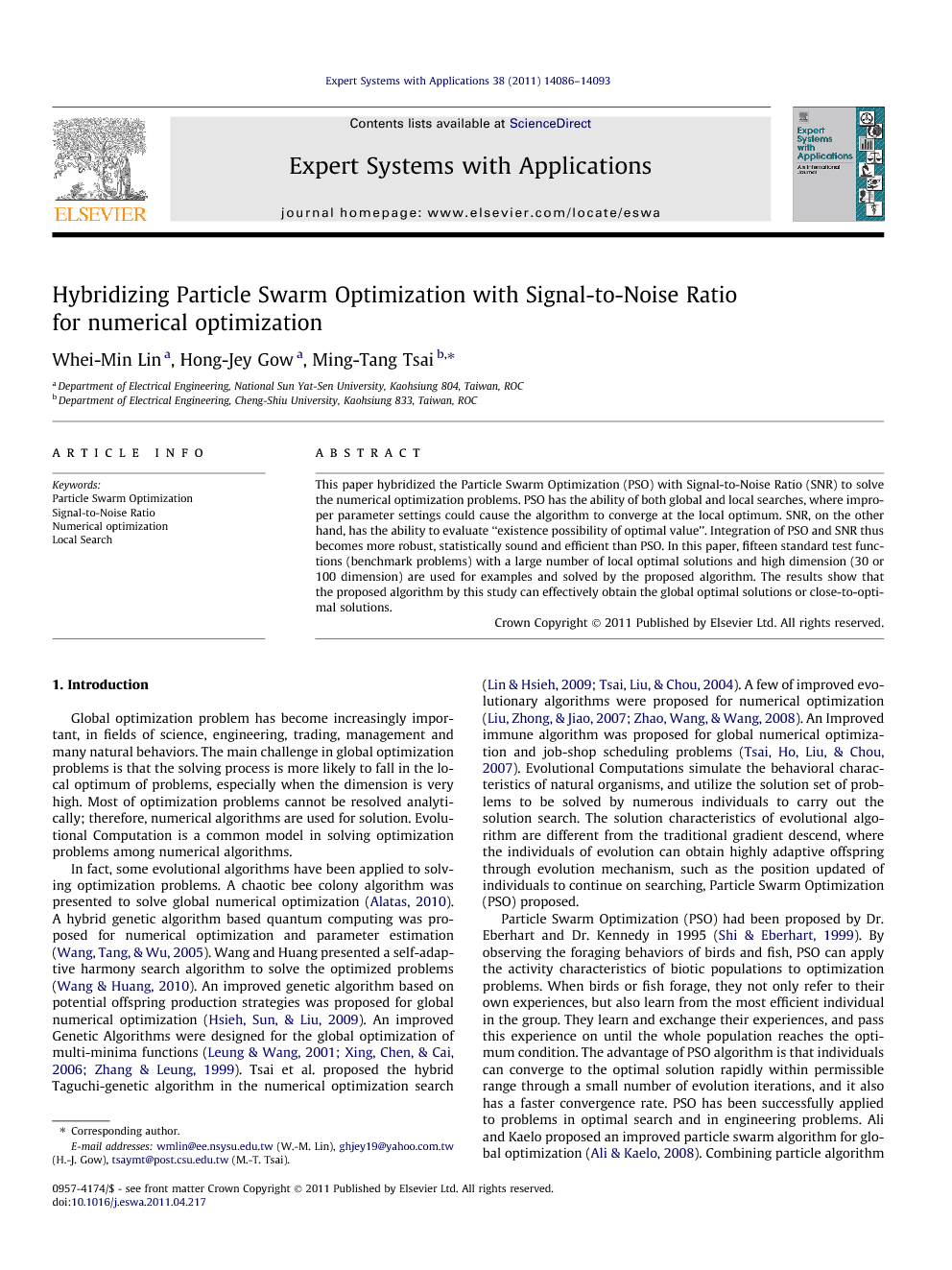 This paper hybridized the Particle Swarm Optimization (PSO) with Signal-to-Noise Ratio (SNR) to solve the numerical optimization problems. PSO has the ability of both global and local searches, where improper parameter settings could cause the algorithm to converge at the local optimum. SNR, on the other hand, has the ability to evaluate “existence possibility of optimal value”. Integration of PSO and SNR thus becomes more robust, statistically sound and efficient than PSO. In this paper, fifteen standard test functions (benchmark problems) with a large number of local optimal solutions and high dimension (30 or 100 dimension) are used for examples and solved by the proposed algorithm. The results show that the proposed algorithm by this study can effectively obtain the global optimal solutions or close-to-optimal solutions.

In this paper, PSO/SNR is proposed to solve the global numerical optimization problems with continuous variables. PSO/SNR integrates traditional PSO and SNR program, which the merit of powerful global exploration capability. The application of SNR is to evaluate the “existence possibility of optimal value” when PSO converges at the local optimal solution. We executed the PSO/SNR to solve the 15 benchmark problems with a large number of local optimal solutions and high dimension. The experimental results show that PSO/SNR performs much better than other well-known algorithms. It can be shown that PSO/SNR could be more robust and statistically sound to effectively obtain the global optimal solutions or close-to-optimal solutions.