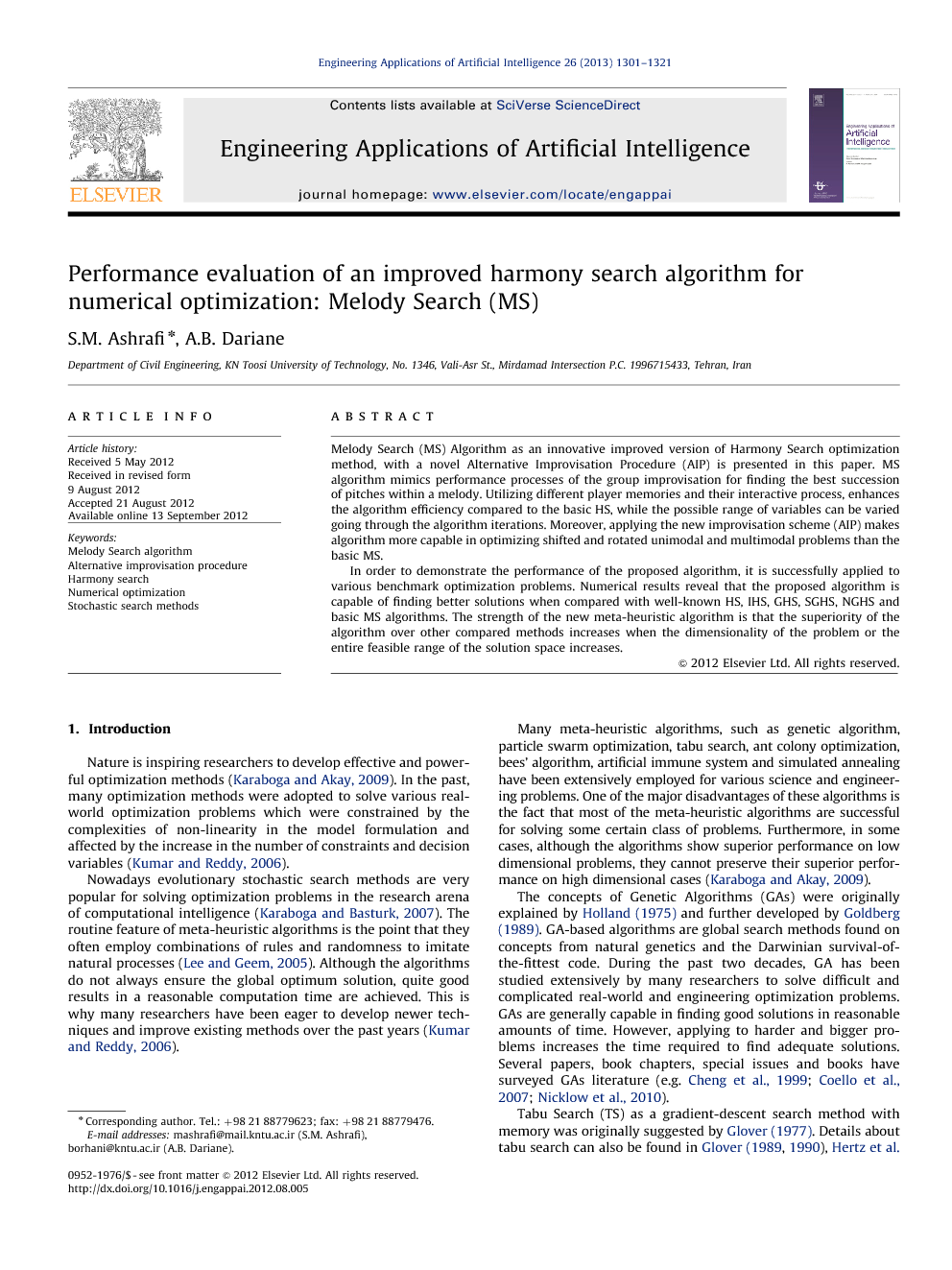 Melody Search (MS) Algorithm as an innovative improved version of Harmony Search optimization method, with a novel Alternative Improvisation Procedure (AIP) is presented in this paper. MS algorithm mimics performance processes of the group improvisation for finding the best succession of pitches within a melody. Utilizing different player memories and their interactive process, enhances the algorithm efficiency compared to the basic HS, while the possible range of variables can be varied going through the algorithm iterations. Moreover, applying the new improvisation scheme (AIP) makes algorithm more capable in optimizing shifted and rotated unimodal and multimodal problems than the basic MS. In order to demonstrate the performance of the proposed algorithm, it is successfully applied to various benchmark optimization problems. Numerical results reveal that the proposed algorithm is capable of finding better solutions when compared with well-known HS, IHS, GHS, SGHS, NGHS and basic MS algorithms. The strength of the new meta-heuristic algorithm is that the superiority of the algorithm over other compared methods increases when the dimensionality of the problem or the entire feasible range of the solution space increases.

This paper introduced a novel improved version of Harmony Search optimization algorithm called Melody Search (MS). Principles of the new algorithm were described and similarities and differences were explained comparing with basic HS. Moreover, a novel alternative improvisation procedure (AIP) was proposed in this study. In order to demonstrate the performance of MS algorithm with the new improvisation scheme (AIP_MS), it was tested using eighteen high dimensional numerical well-known functions. The obtained results were compared with those of basic HS, IHS, GHS, SGHS, NGHS and basic MS algorithms. Based on the experimental results, it is concluded that the proposed algorithm is more effective in finding better solutions comparing with the aforementioned algorithms. Furthermore, the main advantage of AIP_MS algorithm is that the algorithm can better preserve the accuracy of the results comparing with other described methods in the case that the dimensionality of the problem or the entire feasible range of the search space is increased. Further research on issues, such as the investigation of the control parameters' effects on the performance of MS algorithm and the convergence speed of the algorithm in different conditions, is sought in our future research.