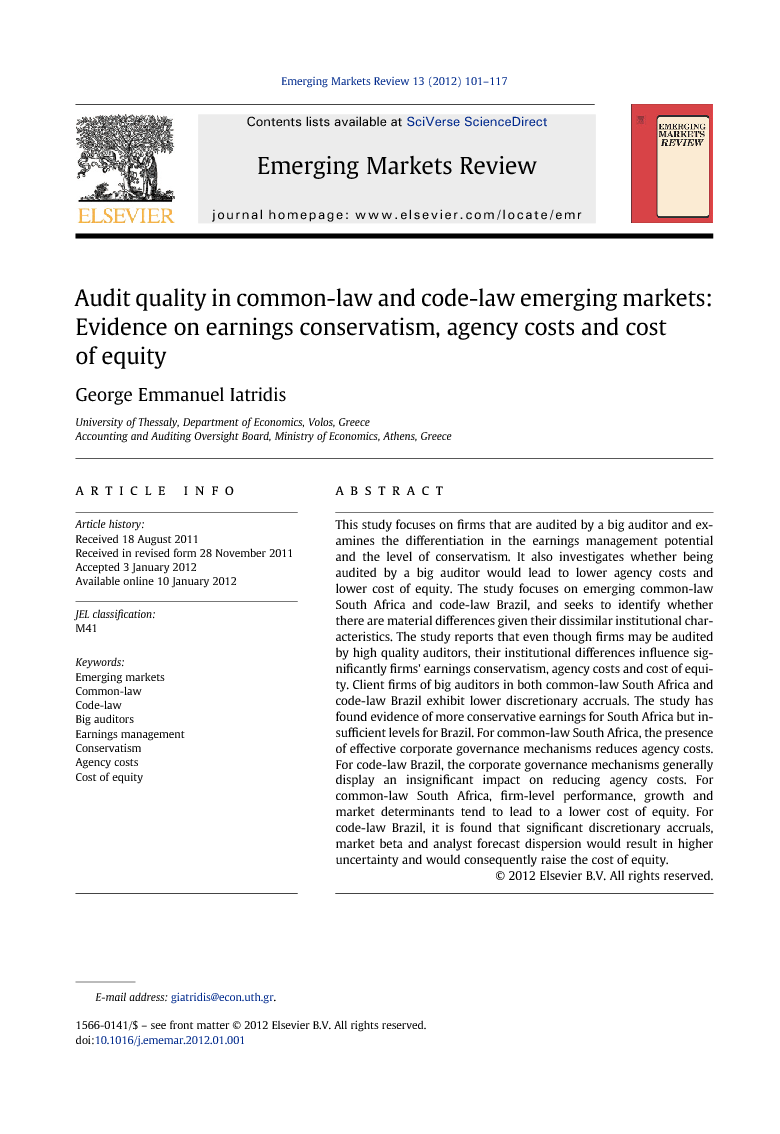 This study focuses on firms that are audited by a big auditor and examines the differentiation in the earnings management potential and the level of conservatism. It also investigates whether being audited by a big auditor would lead to lower agency costs and lower cost of equity. The study focuses on emerging common-law South Africa and code-law Brazil, and seeks to identify whether there are material differences given their dissimilar institutional characteristics. The study reports that even though firms may be audited by high quality auditors, their institutional differences influence significantly firms' earnings conservatism, agency costs and cost of equity. Client firms of big auditors in both common-law South Africa and code-law Brazil exhibit lower discretionary accruals. The study has found evidence of more conservative earnings for South Africa but insufficient levels for Brazil. For common-law South Africa, the presence of effective corporate governance mechanisms reduces agency costs. For code-law Brazil, the corporate governance mechanisms generally display an insignificant impact on reducing agency costs. For common-law South Africa, firm-level performance, growth and market determinants tend to lead to a lower cost of equity. For code-law Brazil, it is found that significant discretionary accruals, market beta and analyst forecast dispersion would result in higher uncertainty and would consequently raise the cost of equity.