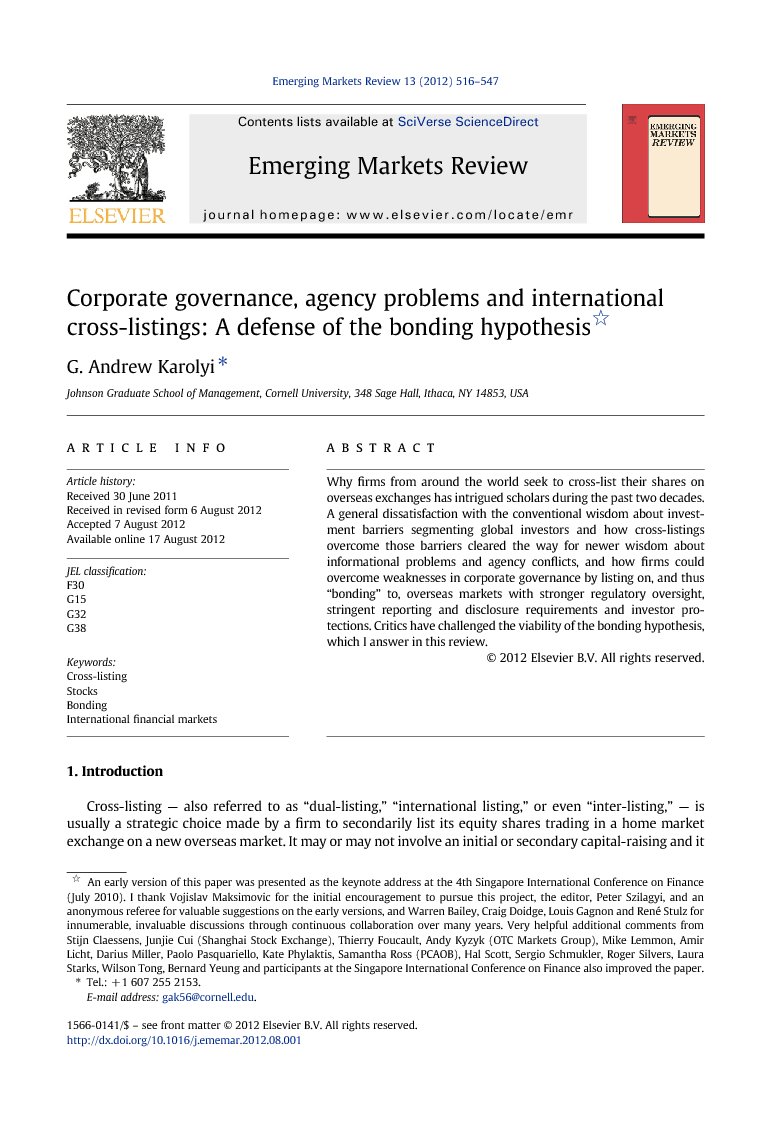 Why firms from around the world seek to cross-list their shares on overseas exchanges has intrigued scholars during the past two decades. A general dissatisfaction with the conventional wisdom about investment barriers segmenting global investors and how cross-listings overcome those barriers cleared the way for newer wisdom about informational problems and agency conflicts, and how firms could overcome weaknesses in corporate governance by listing on, and thus “bonding” to, overseas markets with stronger regulatory oversight, stringent reporting and disclosure requirements and investor protections. Critics have challenged the viability of the bonding hypothesis, which I answer in this review.