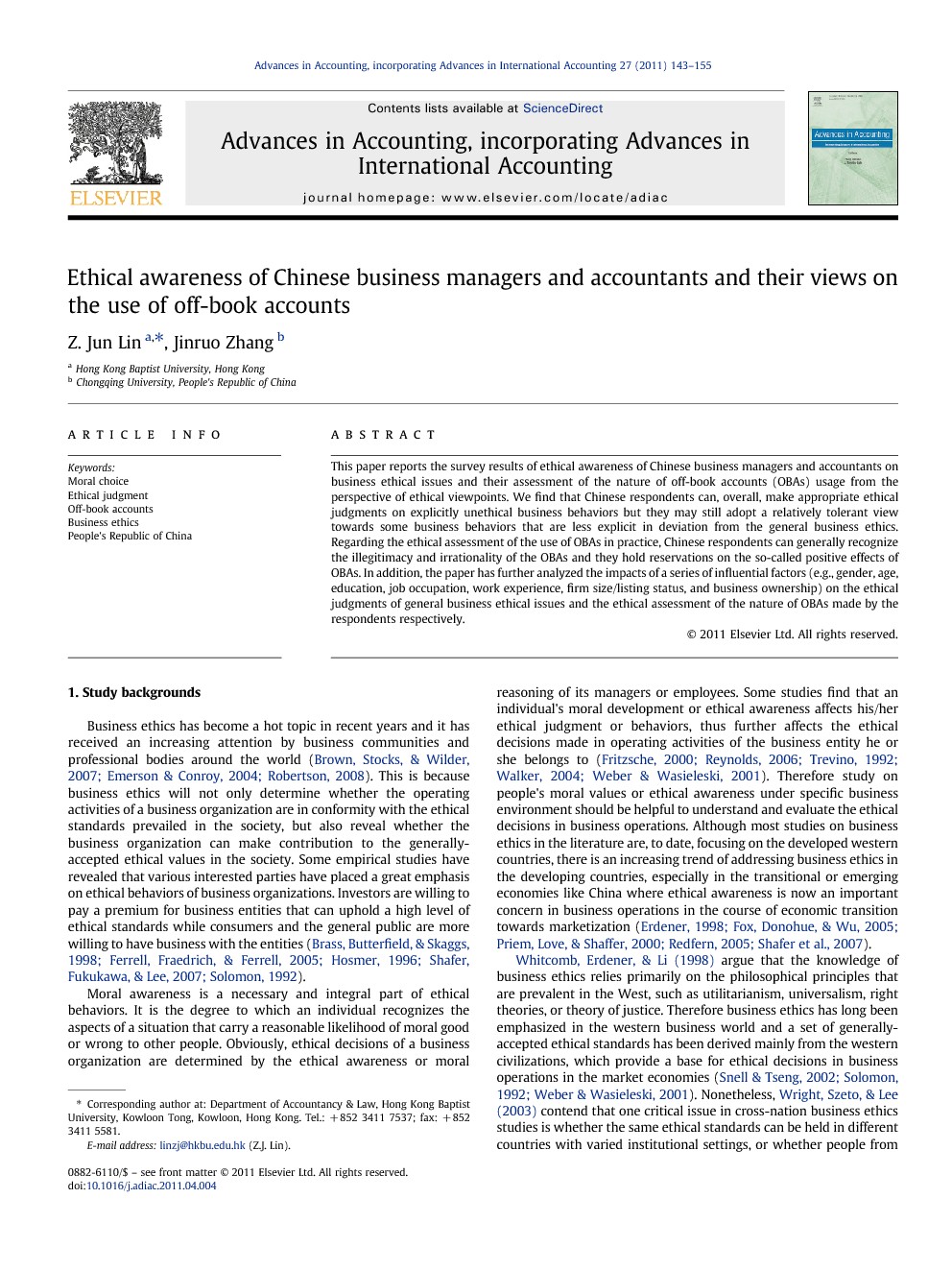 This paper reports the survey results of ethical awareness of Chinese business managers and accountants on business ethical issues and their assessment of the nature of off-book accounts (OBAs) usage from the perspective of ethical viewpoints. We find that Chinese respondents can, overall, make appropriate ethical judgments on explicitly unethical business behaviors but they may still adopt a relatively tolerant view towards some business behaviors that are less explicit in deviation from the general business ethics. Regarding the ethical assessment of the use of OBAs in practice, Chinese respondents can generally recognize the illegitimacy and irrationality of the OBAs and they hold reservations on the so-called positive effects of OBAs. In addition, the paper has further analyzed the impacts of a series of influential factors (e.g., gender, age, education, job occupation, work experience, firm size/listing status, and business ownership) on the ethical judgments of general business ethical issues and the ethical assessment of the nature of OBAs made by the respondents respectively.