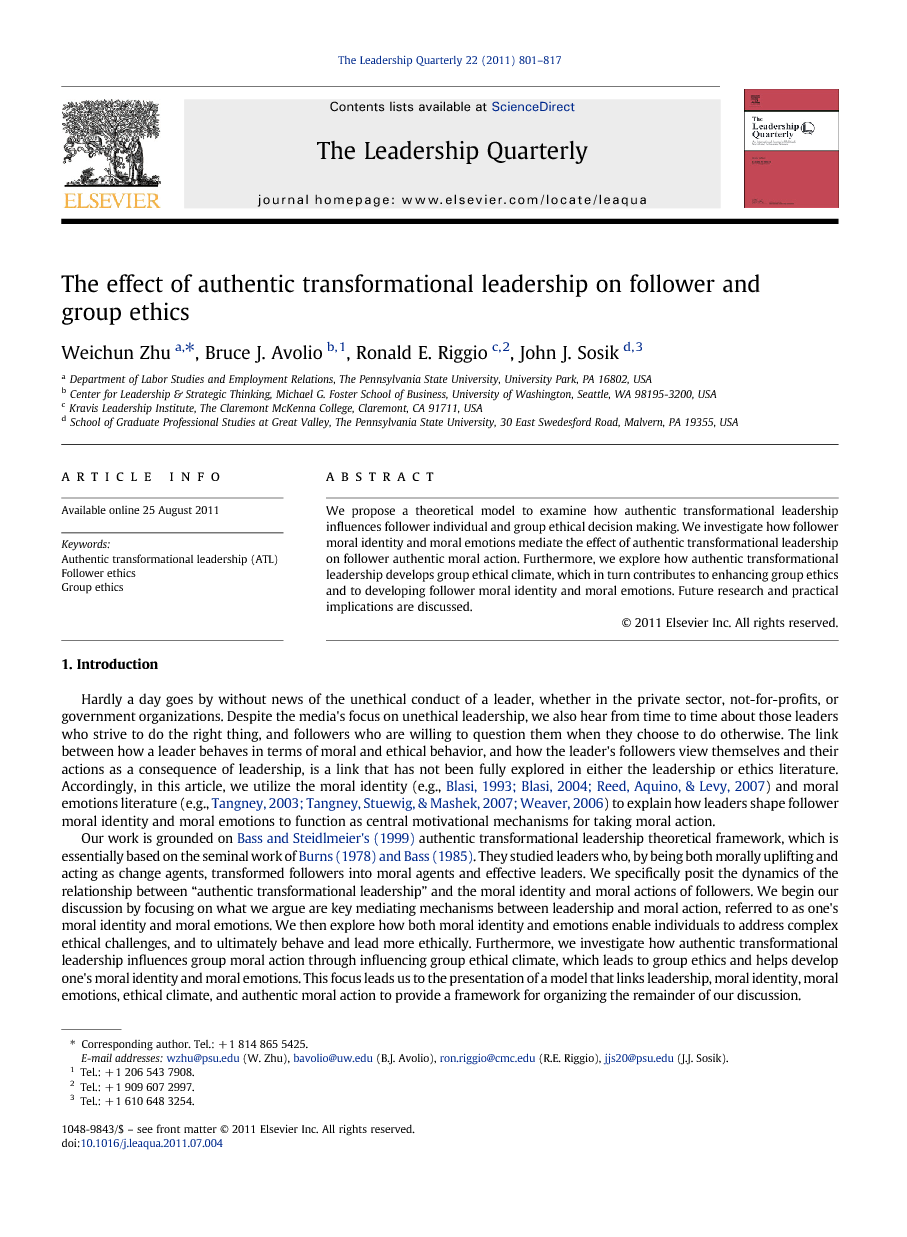 Despite the increased emphasis on ethics-related models of leadership over the last 30 years, there has been relatively little focus on testing their effects on follower and group ethics. In this paper, we have attempted to fill this gap by introducing a theoretical framework that explores how authentic transformational leadership influences follower moral identity, moral emotions, and group ethical climate, and their roles in promoting follower authentic moral action and group moral action. How followers develop their moral identity and moral emotions may be an important topic especially where we have to increasingly rely upon each follower's internal compass to guide what is considered right and wrong. We hope that by focusing on these important constructs, we have helped pave the way for investigating the role of ATL in developing follower moral perspectives, positive moral emotions, and group moral action. To some degree, we have returned after three decades to Burns' (1978) original distinction that transforming leaders are morally uplifting, while attempting to explain how the “uplifting” process occurs. This seems like an appropriate starting point to launch future work on this core and unique position in ATL theory.