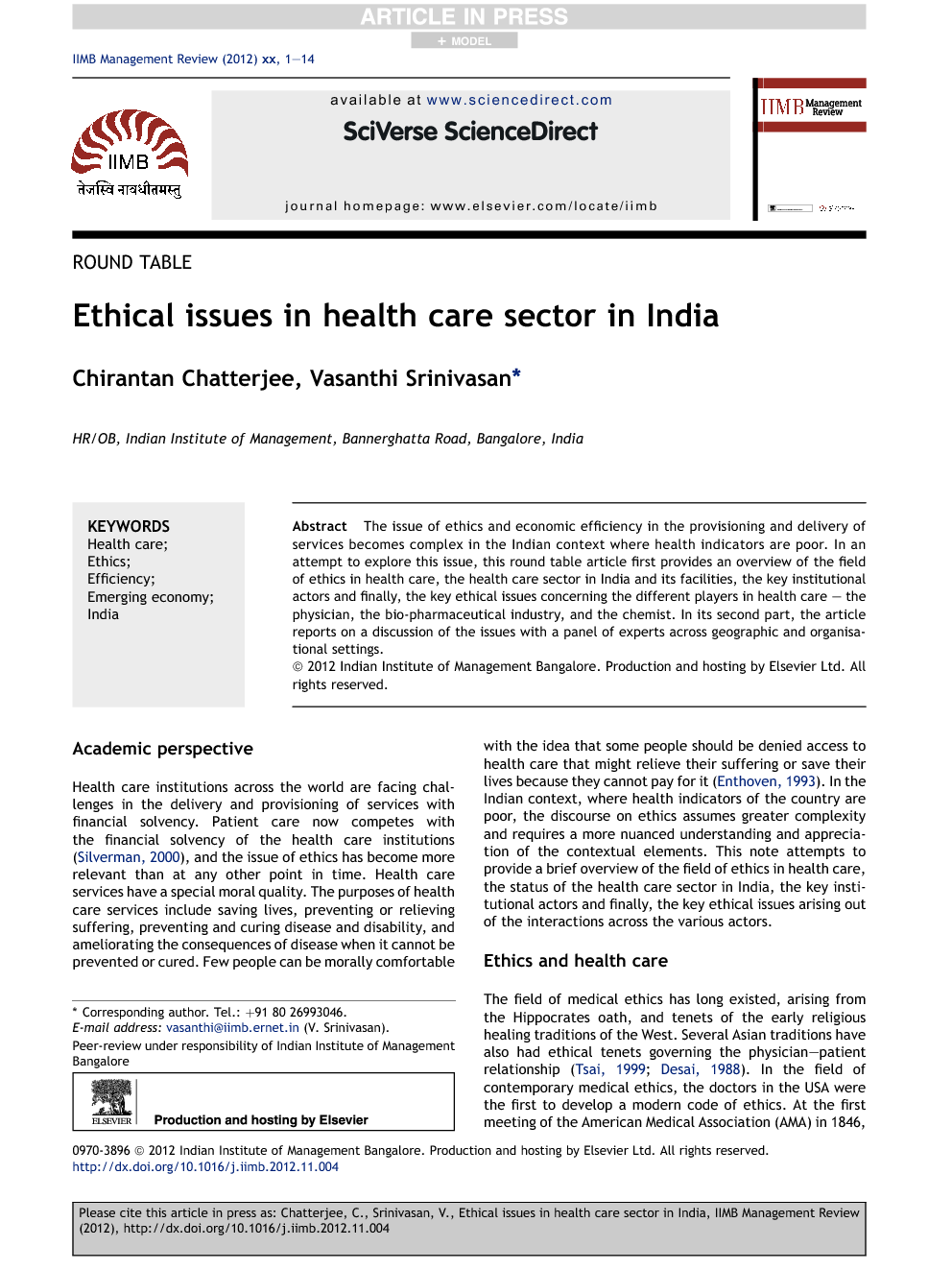 The issue of ethics and economic efficiency in the provisioning and delivery of services becomes complex in the Indian context where health indicators are poor. In an attempt to explore this issue, this round table article first provides an overview of the field of ethics in health care, the health care sector in India and its facilities, the key institutional actors and finally, the key ethical issues concerning the different players in health care – the physician, the bio-pharmaceutical industry, and the chemist. In its second part, the article reports on a discussion of the issues with a panel of experts across geographic and organisational settings.