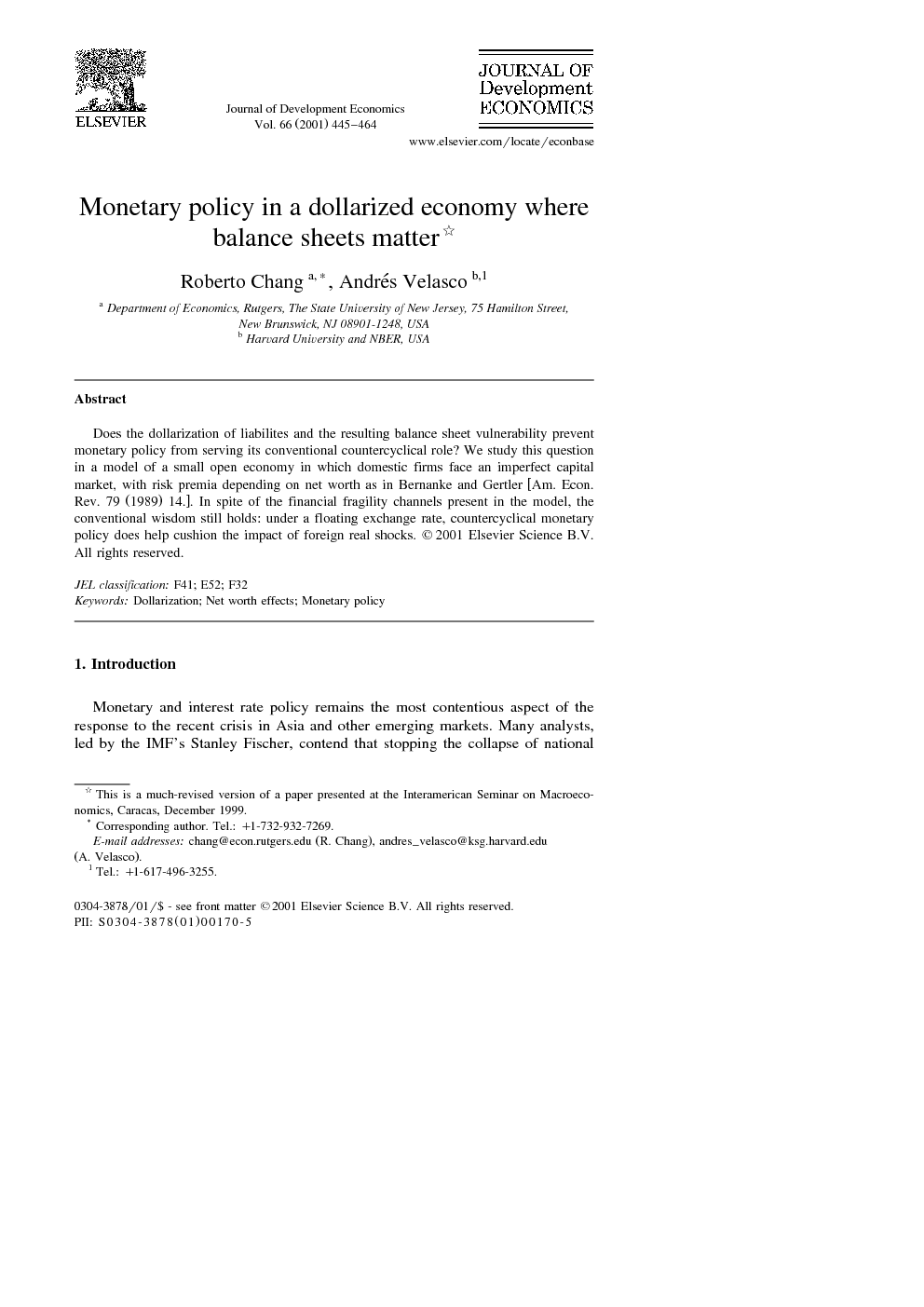 Does the dollarization of liabilites and the resulting balance sheet vulnerability prevent monetary policy from serving its conventional countercyclical role? We study this question in a model of a small open economy in which domestic firms face an imperfect capital market, with risk premia depending on net worth as in Bernanke and Gertler [Am. Econ. Rev. 79 (1989) 14.]. In spite of the financial fragility channels present in the model, the conventional wisdom still holds: under a floating exchange rate, countercyclical monetary policy does help cushion the impact of foreign real shocks.