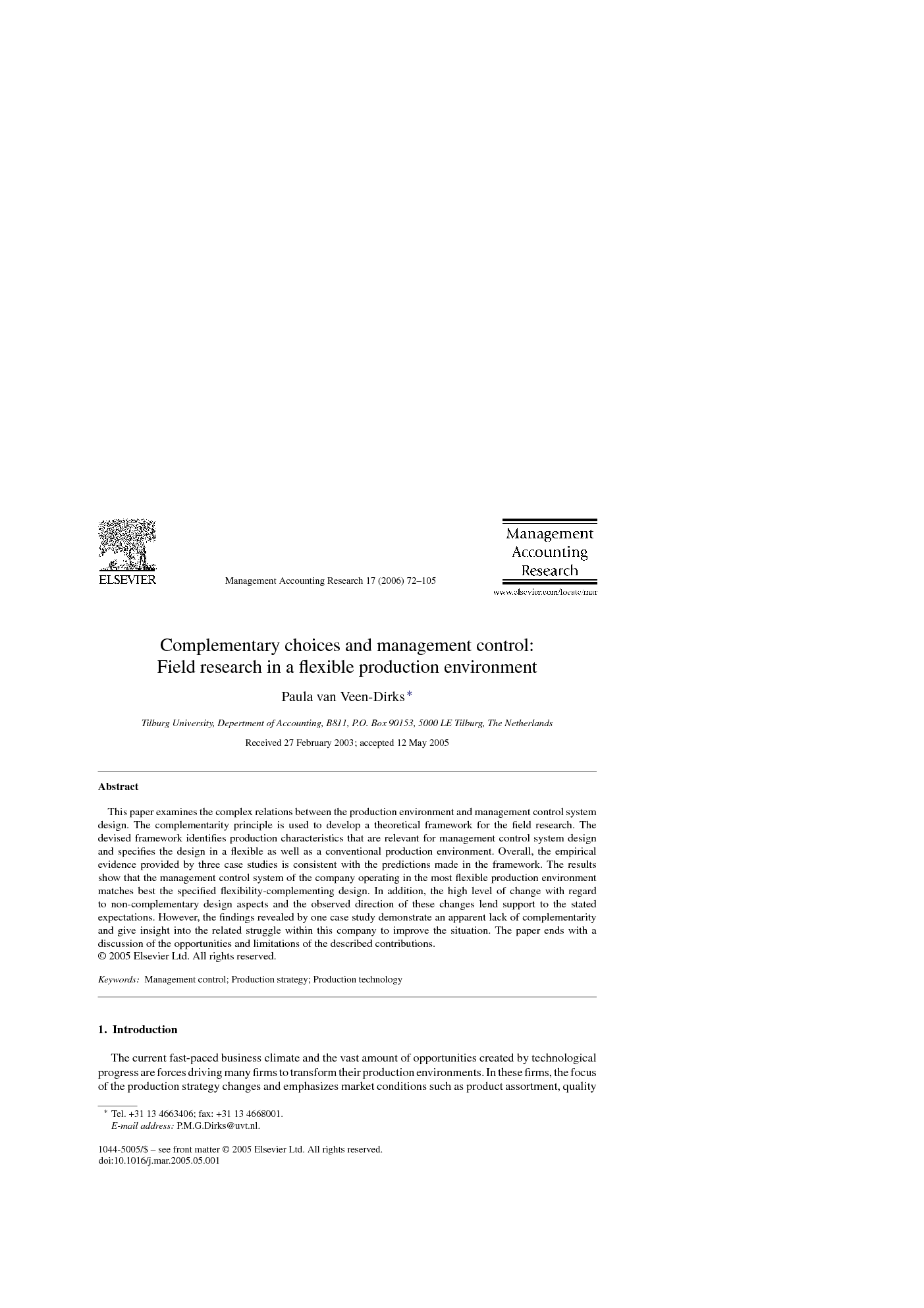 This paper examines the complex relations between the production environment and management control system design. The complementarity principle is used to develop a theoretical framework for the field research. The devised framework identifies production characteristics that are relevant for management control system design and specifies the design in a flexible as well as a conventional production environment. Overall, the empirical evidence provided by three case studies is consistent with the predictions made in the framework. The results show that the management control system of the company operating in the most flexible production environment matches best the specified flexibility-complementing design. In addition, the high level of change with regard to non-complementary design aspects and the observed direction of these changes lend support to the stated expectations. However, the findings revealed by one case study demonstrate an apparent lack of complementarity and give insight into the related struggle within this company to improve the situation. The paper ends with a discussion of the opportunities and limitations of the described contributions.