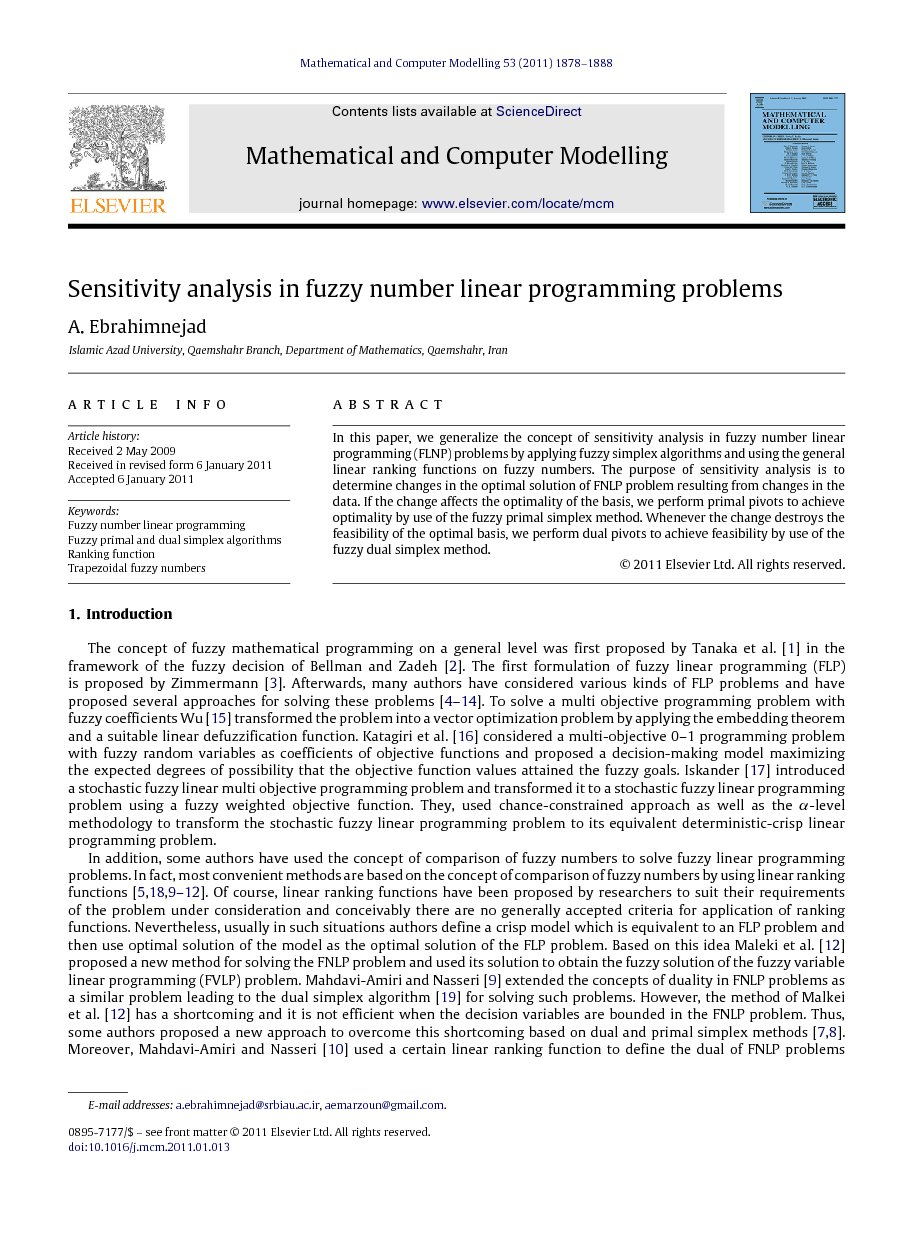 In this paper, we generalize the concept of sensitivity analysis in fuzzy number linear programming (FLNP) problems by applying fuzzy simplex algorithms and using the general linear ranking functions on fuzzy numbers. The purpose of sensitivity analysis is to determine changes in the optimal solution of FNLP problem resulting from changes in the data. If the change affects the optimality of the basis, we perform primal pivots to achieve optimality by use of the fuzzy primal simplex method. Whenever the change destroys the feasibility of the optimal basis, we perform dual pivots to achieve feasibility by use of the fuzzy dual simplex method.

In this paper, based on fuzzy simplex algorithms for solving fuzzy number linear programming and using the general linear ranking functions on fuzzy numbers, we generalized a concept of sensitivity analysis in FNLP problems. We emphasize that the proposed method cannot solve FNLP problems when the variables are also fuzzy numbers. This will be an interesting research work in the future.