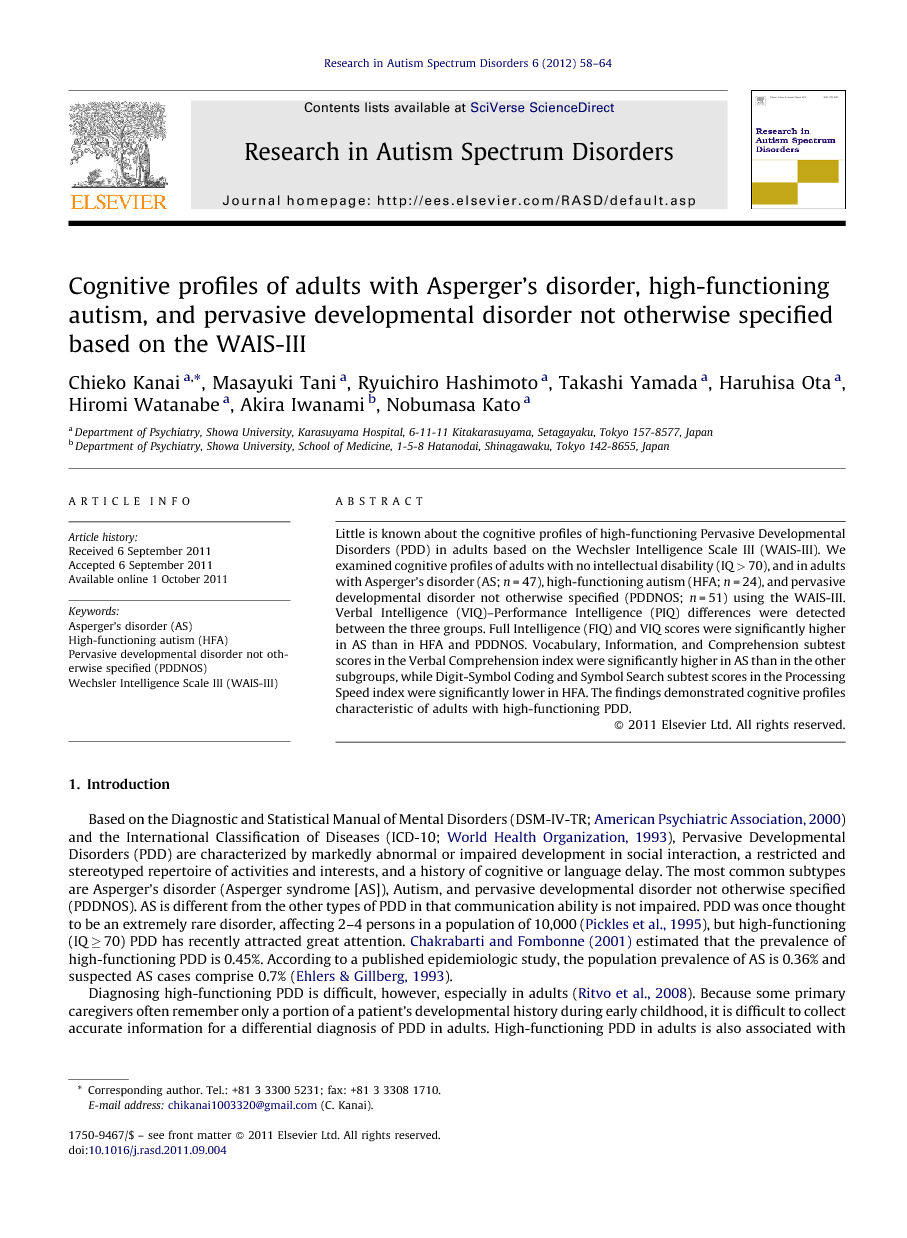 Little is known about the cognitive profiles of high-functioning Pervasive Developmental Disorders (PDD) in adults based on the Wechsler Intelligence Scale III (WAIS-III). We examined cognitive profiles of adults with no intellectual disability (IQ > 70), and in adults with Asperger's disorder (AS; n = 47), high-functioning autism (HFA; n = 24), and pervasive developmental disorder not otherwise specified (PDDNOS; n = 51) using the WAIS-III. Verbal Intelligence (VIQ)–Performance Intelligence (PIQ) differences were detected between the three groups. Full Intelligence (FIQ) and VIQ scores were significantly higher in AS than in HFA and PDDNOS. Vocabulary, Information, and Comprehension subtest scores in the Verbal Comprehension index were significantly higher in AS than in the other subgroups, while Digit-Symbol Coding and Symbol Search subtest scores in the Processing Speed index were significantly lower in HFA. The findings demonstrated cognitive profiles characteristic of adults with high-functioning PDD.