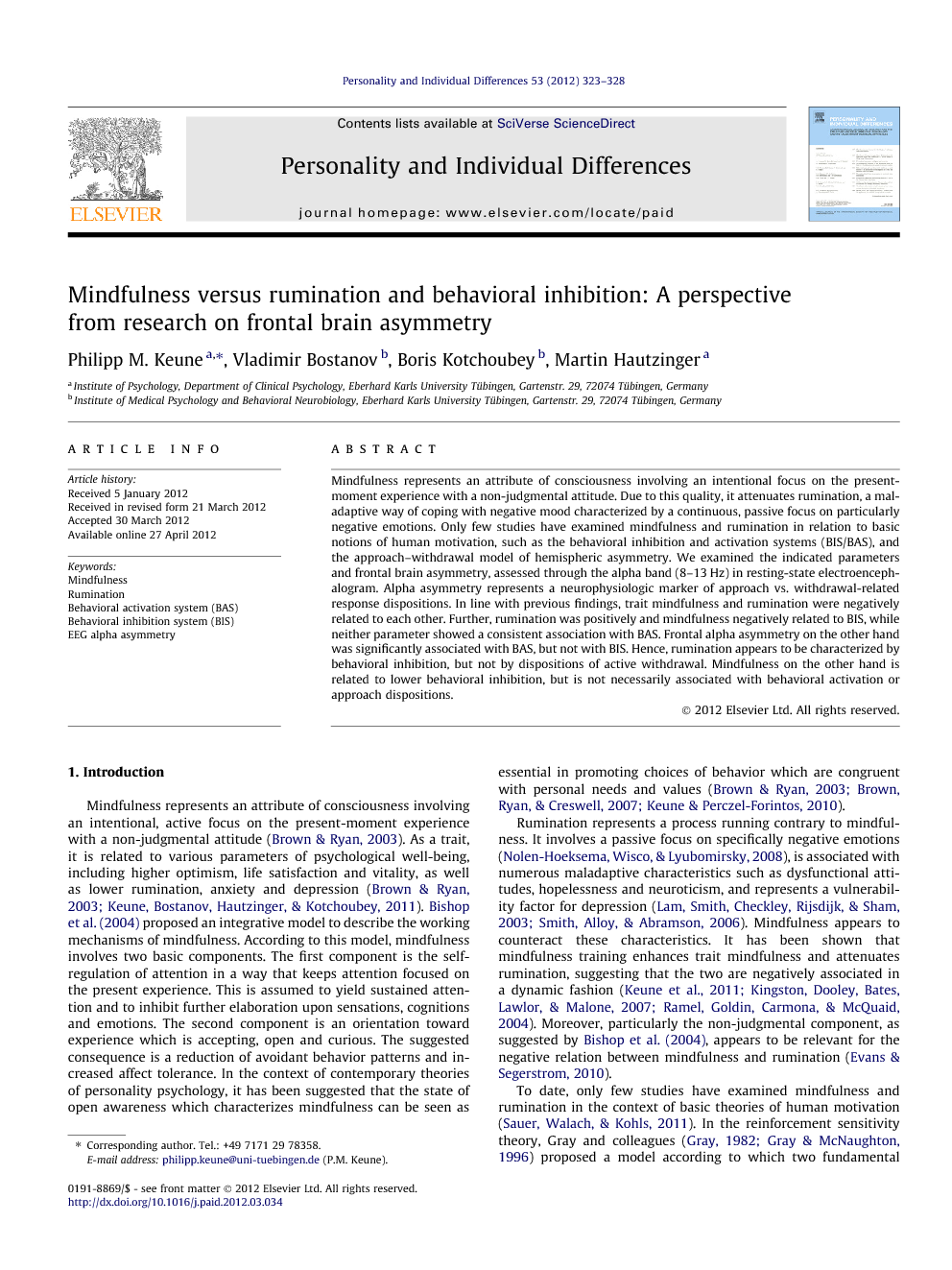 Mindfulness represents an attribute of consciousness involving an intentional focus on the present-moment experience with a non-judgmental attitude. Due to this quality, it attenuates rumination, a maladaptive way of coping with negative mood characterized by a continuous, passive focus on particularly negative emotions. Only few studies have examined mindfulness and rumination in relation to basic notions of human motivation, such as the behavioral inhibition and activation systems (BIS/BAS), and the approach–withdrawal model of hemispheric asymmetry. We examined the indicated parameters and frontal brain asymmetry, assessed through the alpha band (8–13 Hz) in resting-state electroencephalogram. Alpha asymmetry represents a neurophysiologic marker of approach vs. withdrawal-related response dispositions. In line with previous findings, trait mindfulness and rumination were negatively related to each other. Further, rumination was positively and mindfulness negatively related to BIS, while neither parameter showed a consistent association with BAS. Frontal alpha asymmetry on the other hand was significantly associated with BAS, but not with BIS. Hence, rumination appears to be characterized by behavioral inhibition, but not by dispositions of active withdrawal. Mindfulness on the other hand is related to lower behavioral inhibition, but is not necessarily associated with behavioral activation or approach dispositions.

The current study is the first to concurrently assess trait mindfulness and rumination, as well as parameters of BIS/BAS and neural correlates of approach vs. withdrawal. The current results allow the suggestion that trait mindfulness and rumination relate systematically to BIS, but not to BAS, and in line with this observation are not directly associated with approach vs. withdrawal-related response dispositions.