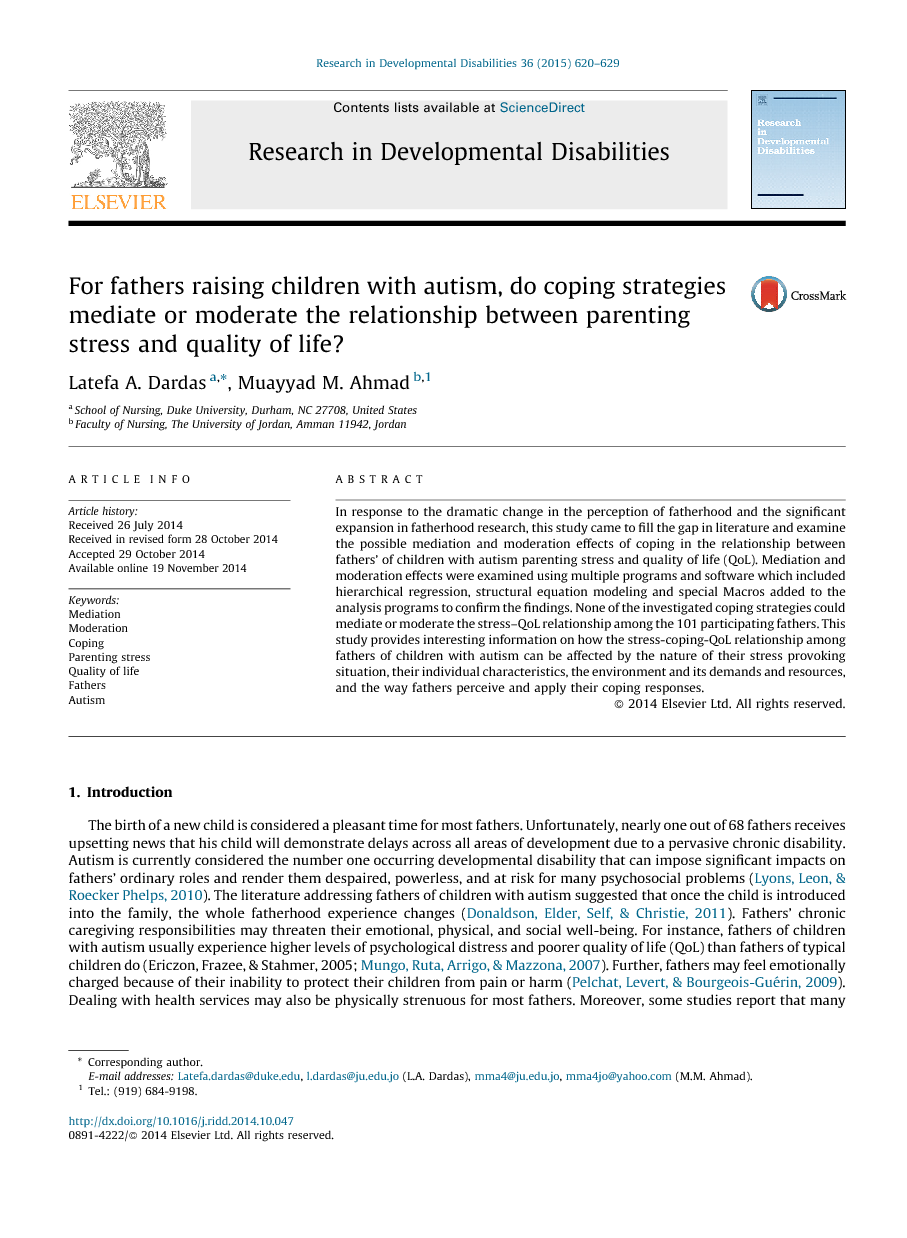 In response to the dramatic change in the perception of fatherhood and the significant expansion in fatherhood research, this study came to fill the gap in literature and examine the possible mediation and moderation effects of coping in the relationship between fathers’ of children with autism parenting stress and quality of life (QoL). Mediation and moderation effects were examined using multiple programs and software which included hierarchical regression, structural equation modeling and special Macros added to the analysis programs to confirm the findings. None of the investigated coping strategies could mediate or moderate the stress–QoL relationship among the 101 participating fathers. This study provides interesting information on how the stress-coping-QoL relationship among fathers of children with autism can be affected by the nature of their stress provoking situation, their individual characteristics, the environment and its demands and resources, and the way fathers perceive and apply their coping responses.