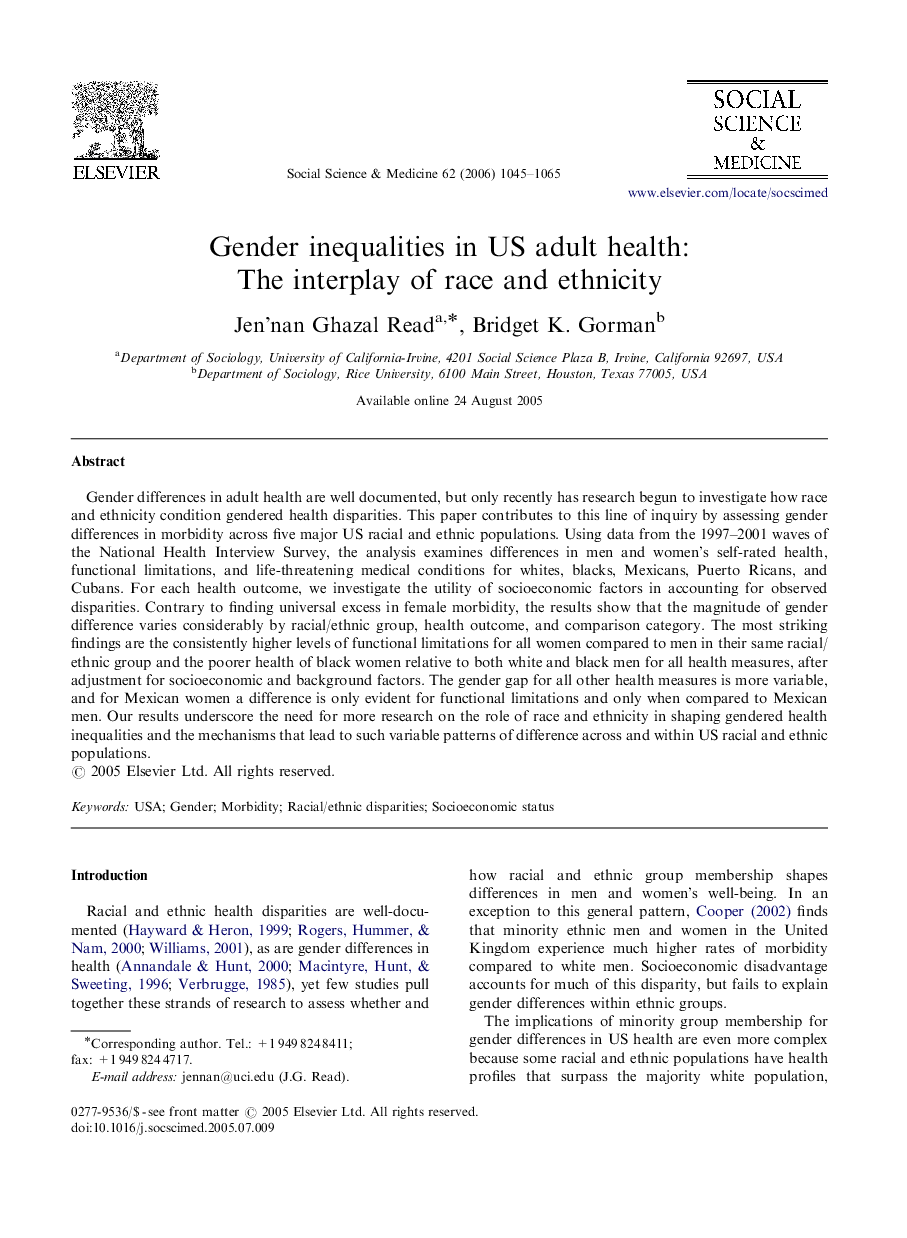 Gender differences in adult health are well documented, but only recently has research begun to investigate how race and ethnicity condition gendered health disparities. This paper contributes to this line of inquiry by assessing gender differences in morbidity across five major US racial and ethnic populations. Using data from the 1997–2001 waves of the National Health Interview Survey, the analysis examines differences in men and women's self-rated health, functional limitations, and life-threatening medical conditions for whites, blacks, Mexicans, Puerto Ricans, and Cubans. For each health outcome, we investigate the utility of socioeconomic factors in accounting for observed disparities. Contrary to finding universal excess in female morbidity, the results show that the magnitude of gender difference varies considerably by racial/ethnic group, health outcome, and comparison category. The most striking findings are the consistently higher levels of functional limitations for all women compared to men in their same racial/ethnic group and the poorer health of black women relative to both white and black men for all health measures, after adjustment for socioeconomic and background factors. The gender gap for all other health measures is more variable, and for Mexican women a difference is only evident for functional limitations and only when compared to Mexican men. Our results underscore the need for more research on the role of race and ethnicity in shaping gendered health inequalities and the mechanisms that lead to such variable patterns of difference across and within US racial and ethnic populations.