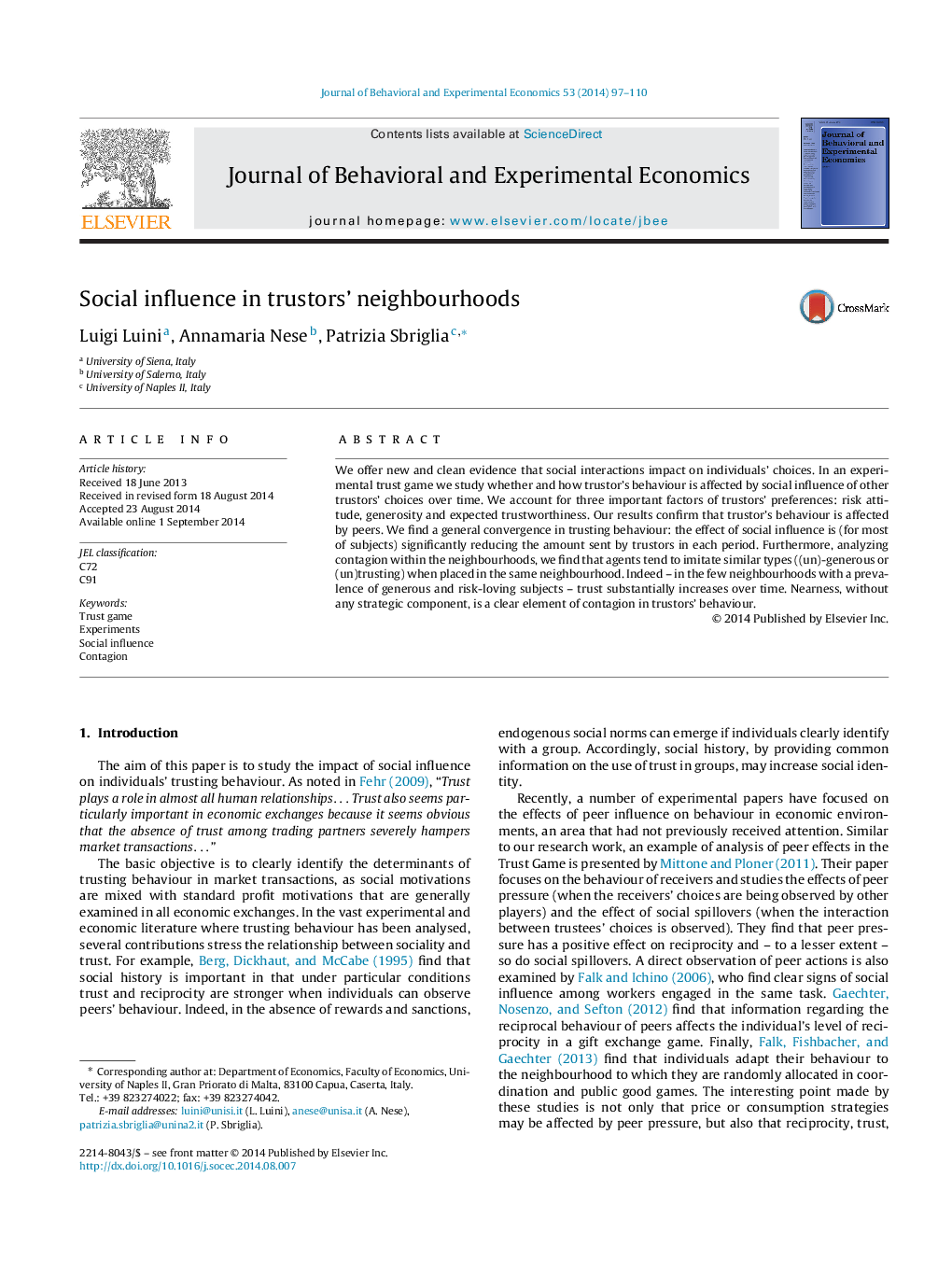 We offer new and clean evidence that social interactions impact on individuals’ choices. In an experimental trust game we study whether and how trustor's behaviour is affected by social influence of other trustors’ choices over time. We account for three important factors of trustors’ preferences: risk attitude, generosity and expected trustworthiness. Our results confirm that trustor's behaviour is affected by peers. We find a general convergence in trusting behaviour: the effect of social influence is (for most of subjects) significantly reducing the amount sent by trustors in each period. Furthermore, analyzing contagion within the neighbourhoods, we find that agents tend to imitate similar types ((un)-generous or (un)trusting) when placed in the same neighbourhood. Indeed – in the few neighbourhoods with a prevalence of generous and risk-loving subjects – trust substantially increases over time. Nearness, without any strategic component, is a clear element of contagion in trustors’ behaviour.