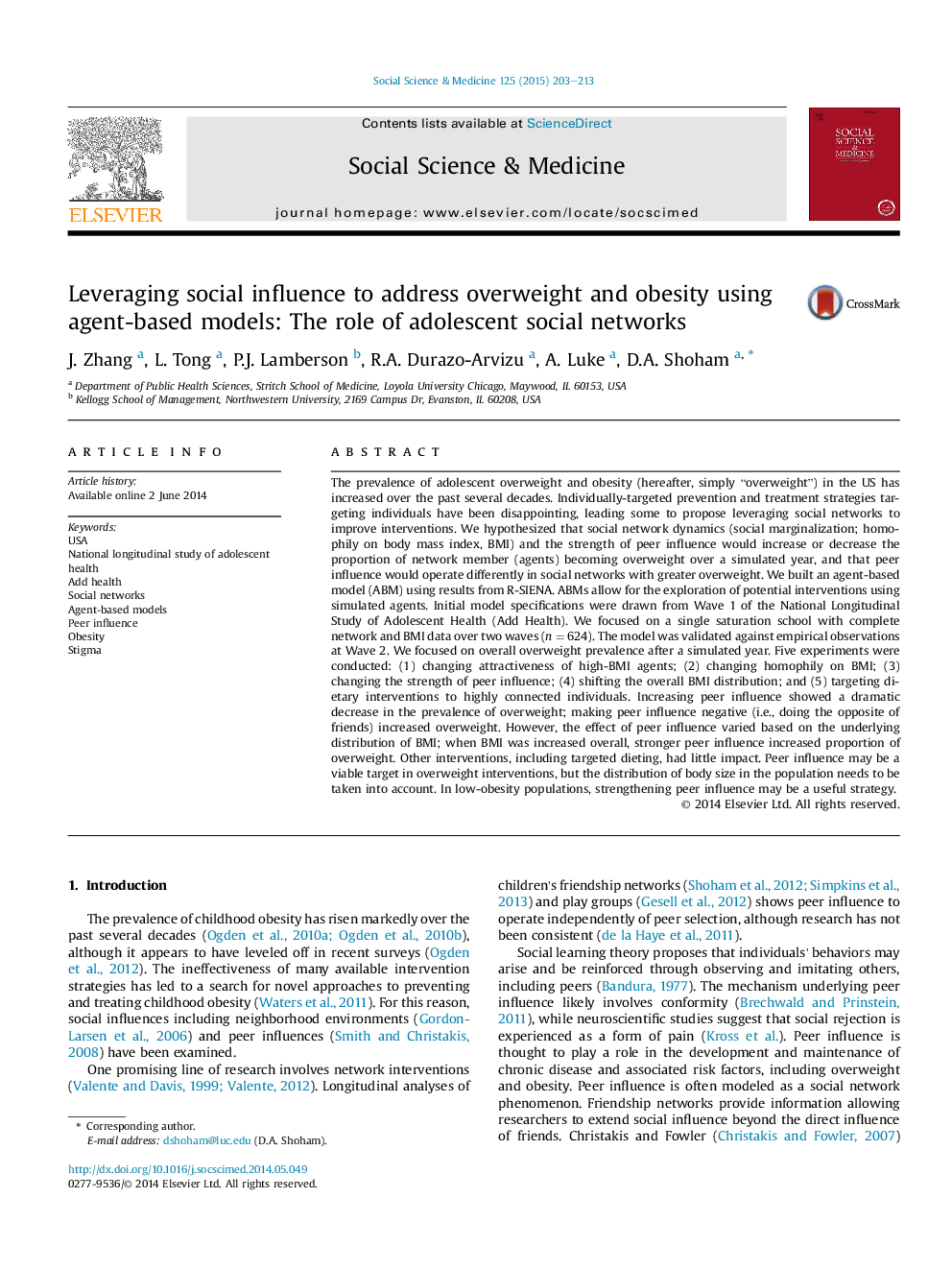 The prevalence of adolescent overweight and obesity (hereafter, simply “overweight”) in the US has increased over the past several decades. Individually-targeted prevention and treatment strategies targeting individuals have been disappointing, leading some to propose leveraging social networks to improve interventions. We hypothesized that social network dynamics (social marginalization; homophily on body mass index, BMI) and the strength of peer influence would increase or decrease the proportion of network member (agents) becoming overweight over a simulated year, and that peer influence would operate differently in social networks with greater overweight. We built an agent-based model (ABM) using results from R-SIENA. ABMs allow for the exploration of potential interventions using simulated agents. Initial model specifications were drawn from Wave 1 of the National Longitudinal Study of Adolescent Health (Add Health). We focused on a single saturation school with complete network and BMI data over two waves (n = 624). The model was validated against empirical observations at Wave 2. We focused on overall overweight prevalence after a simulated year. Five experiments were conducted: (1) changing attractiveness of high-BMI agents; (2) changing homophily on BMI; (3) changing the strength of peer influence; (4) shifting the overall BMI distribution; and (5) targeting dietary interventions to highly connected individuals. Increasing peer influence showed a dramatic decrease in the prevalence of overweight; making peer influence negative (i.e., doing the opposite of friends) increased overweight. However, the effect of peer influence varied based on the underlying distribution of BMI; when BMI was increased overall, stronger peer influence increased proportion of overweight. Other interventions, including targeted dieting, had little impact. Peer influence may be a viable target in overweight interventions, but the distribution of body size in the population needs to be taken into account. In low-obesity populations, strengthening peer influence may be a useful strategy.