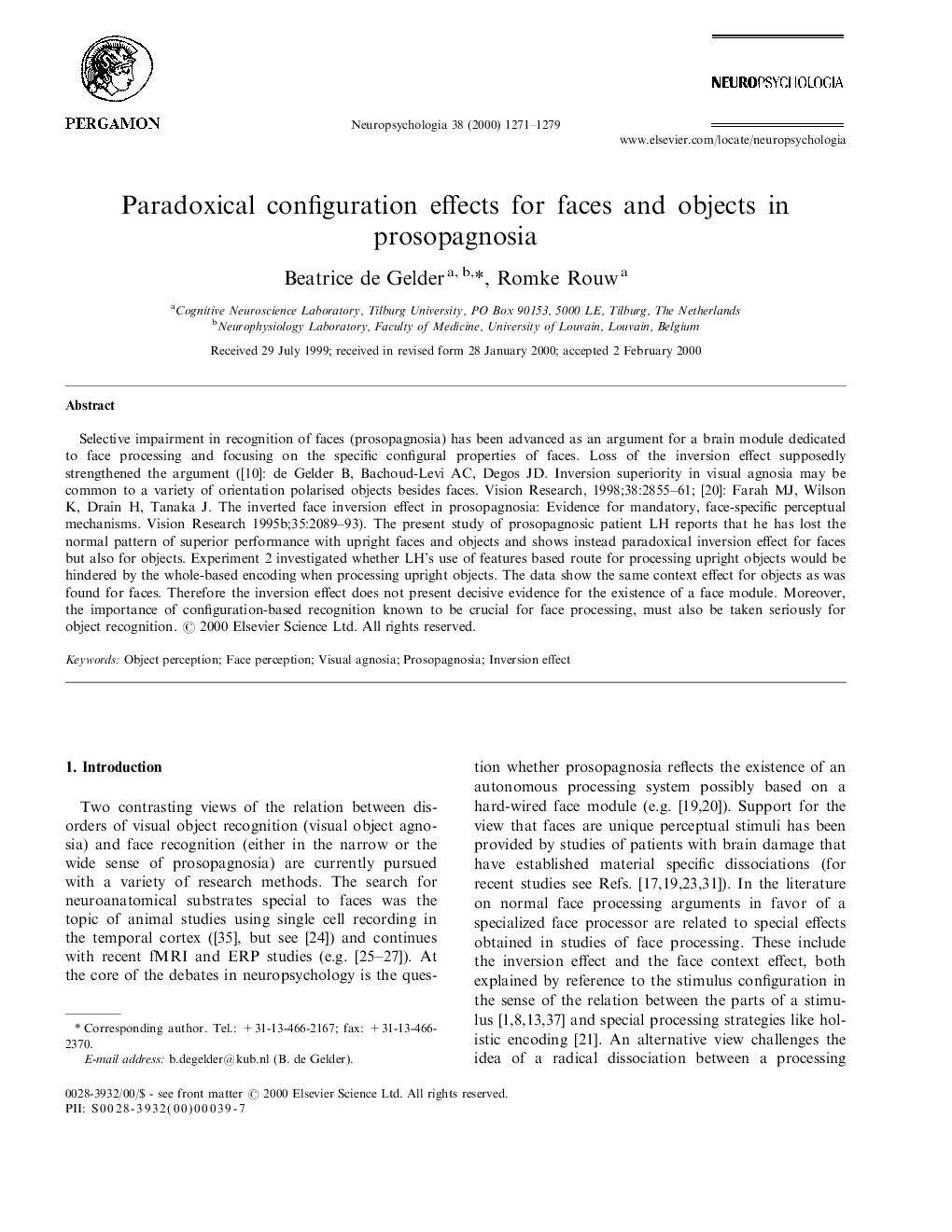 Abstract Selective impairment in recognition of faces (prosopagnosia) has been advanced as an argument for a brain module dedicated to face processing and focusing on the specific configural properties of faces. Loss of the inversion effect supposedly strengthened the argument ([10]: de Gelder B, Bachoud-Levi AC, Degos JD. Inversion superiority in visual agnosia may be common to a variety of orientation polarised objects besides faces. Vision Research, 1998;38:2855–61; [20]: Farah MJ, Wilson K, Drain H, Tanaka J. The inverted face inversion effect in prosopagnosia: Evidence for mandatory, face-specific perceptual mechanisms. Vision Research 1995b;35:2089–93). The present study of prosopagnosic patient LH reports that he has lost the normal pattern of superior performance with upright faces and objects and shows instead paradoxical inversion effect for faces but also for objects. Experiment 2 investigated whether LH’s use of features based route for processing upright objects would be hindered by the whole-based encoding when processing upright objects. The data show the same context effect for objects as was found for faces. Therefore the inversion effect does not present decisive evidence for the existence of a face module. Moreover, the importance of configuration-based recognition known to be crucial for face processing, must also be taken seriously for object recognition.