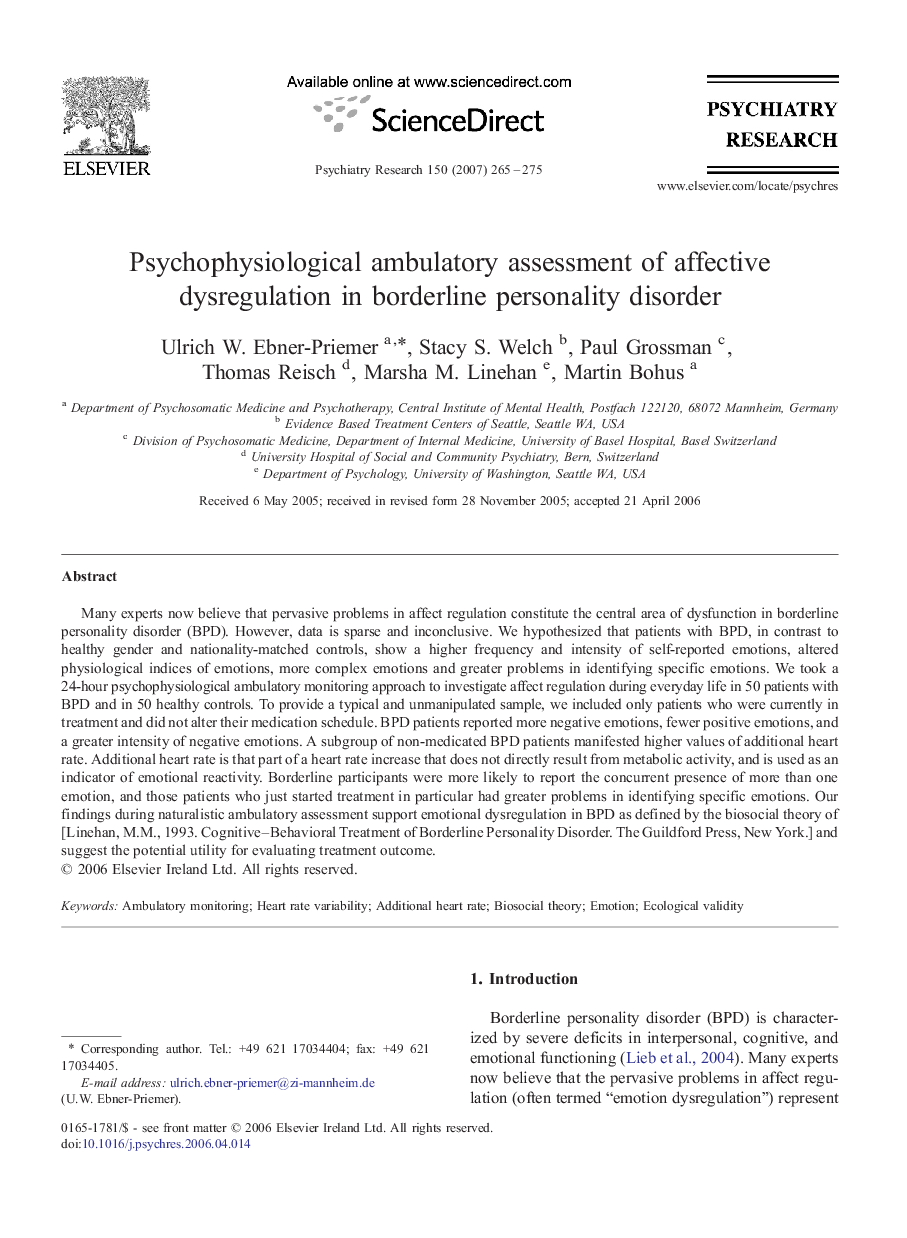 Abstract Many experts now believe that pervasive problems in affect regulation constitute the central area of dysfunction in borderline personality disorder (BPD). However, data is sparse and inconclusive. We hypothesized that patients with BPD, in contrast to healthy gender and nationality-matched controls, show a higher frequency and intensity of self-reported emotions, altered physiological indices of emotions, more complex emotions and greater problems in identifying specific emotions. We took a 24-hour psychophysiological ambulatory monitoring approach to investigate affect regulation during everyday life in 50 patients with BPD and in 50 healthy controls. To provide a typical and unmanipulated sample, we included only patients who were currently in treatment and did not alter their medication schedule. BPD patients reported more negative emotions, fewer positive emotions, and a greater intensity of negative emotions. A subgroup of non-medicated BPD patients manifested higher values of additional heart rate. Additional heart rate is that part of a heart rate increase that does not directly result from metabolic activity, and is used as an indicator of emotional reactivity. Borderline participants were more likely to report the concurrent presence of more than one emotion, and those patients who just started treatment in particular had greater problems in identifying specific emotions. Our findings during naturalistic ambulatory assessment support emotional dysregulation in BPD as defined by the biosocial theory of [Linehan, M.M., 1993. Cognitive–Behavioral Treatment of Borderline Personality Disorder. The Guildford Press, New York.] and suggest the potential utility for evaluating treatment outcome.