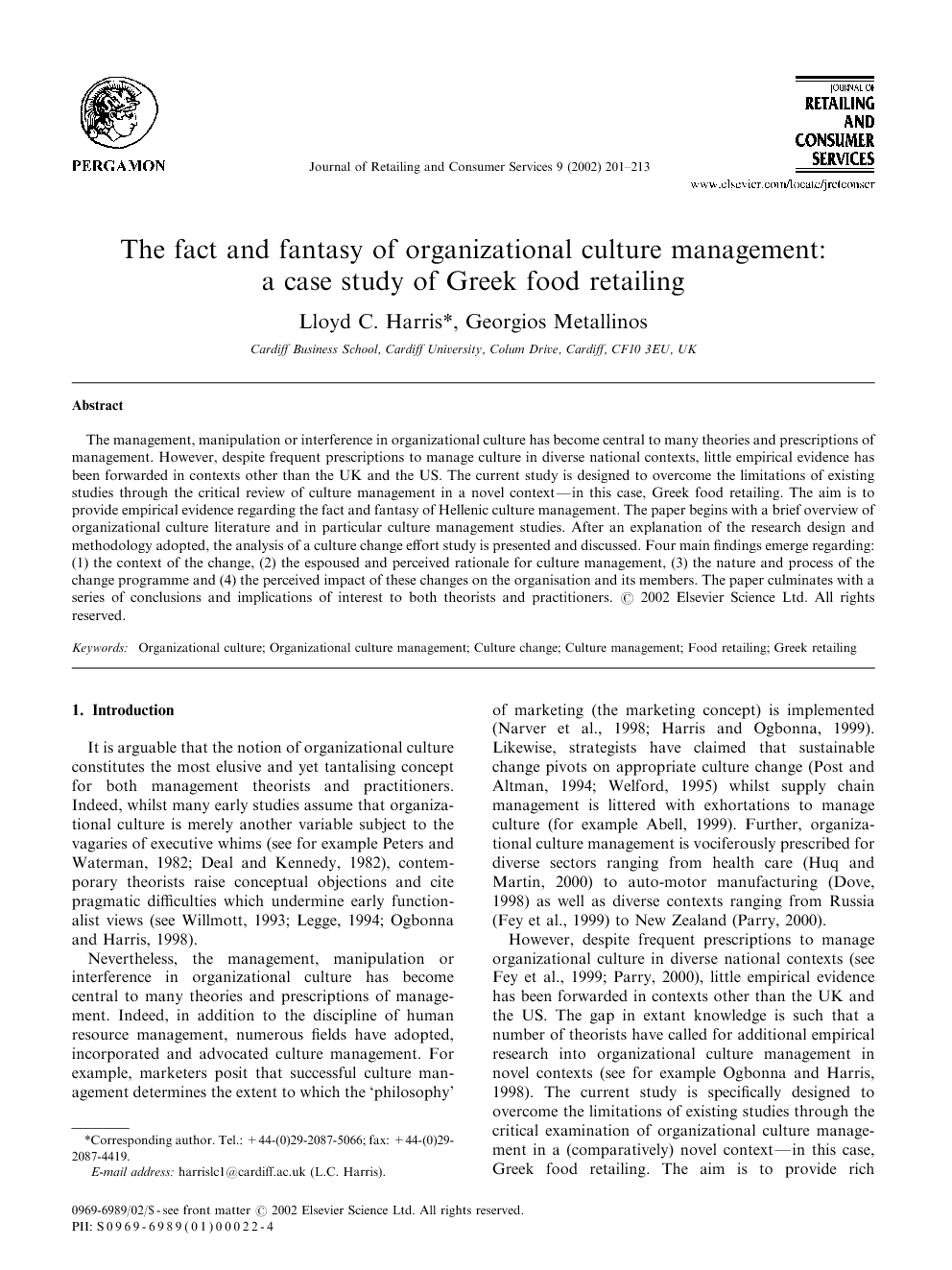 The management, manipulation or interference in organizational culture has become central to many theories and prescriptions of management. However, despite frequent prescriptions to manage culture in diverse national contexts, little empirical evidence has been forwarded in contexts other than the UK and the US. The current study is designed to overcome the limitations of existing studies through the critical review of culture management in a novel context—in this case, Greek food retailing. The aim is to provide empirical evidence regarding the fact and fantasy of Hellenic culture management. The paper begins with a brief overview of organizational culture literature and in particular culture management studies. After an explanation of the research design and methodology adopted, the analysis of a culture change effort study is presented and discussed. Four main findings emerge regarding: (1) the context of the change, (2) the espoused and perceived rationale for culture management, (3) the nature and process of the change programme and (4) the perceived impact of these changes on the organisation and its members. The paper culminates with a series of conclusions and implications of interest to both theorists and practitioners.