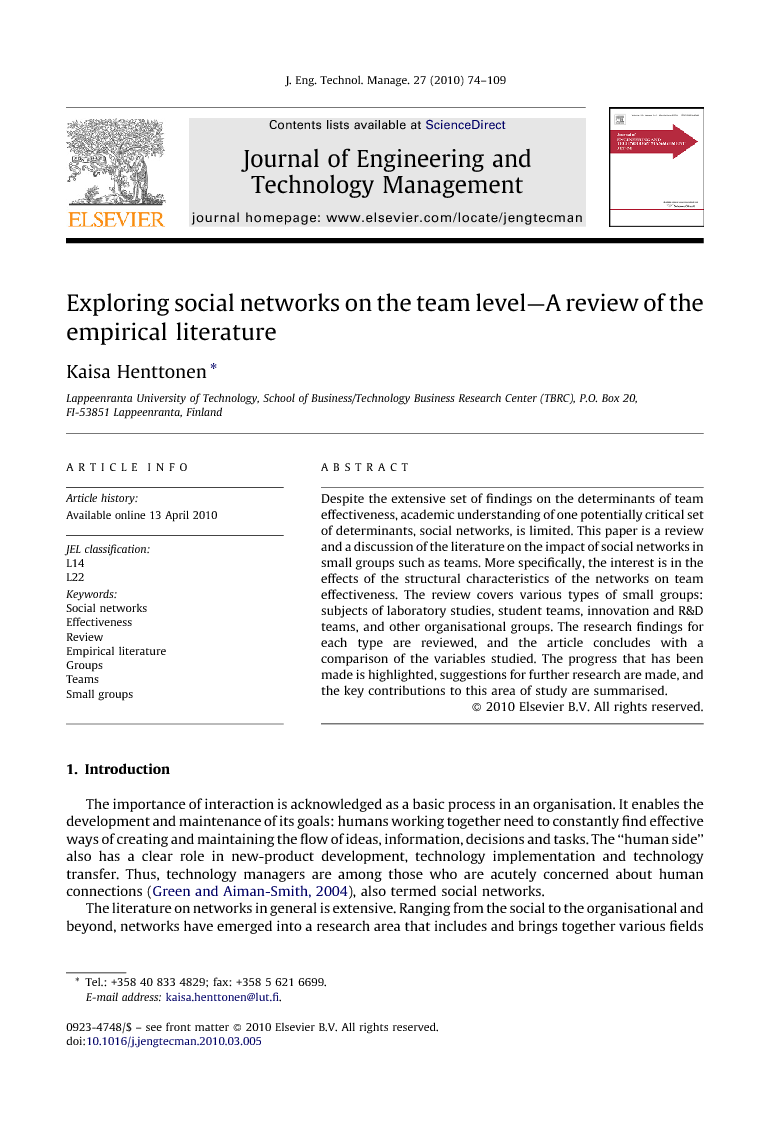 Despite the extensive set of findings on the determinants of team effectiveness, academic understanding of one potentially critical set of determinants, social networks, is limited. This paper is a review and a discussion of the literature on the impact of social networks in small groups such as teams. More specifically, the interest is in the effects of the structural characteristics of the networks on team effectiveness. The review covers various types of small groups: subjects of laboratory studies, student teams, innovation and R&D teams, and other organisational groups. The research findings for each type are reviewed, and the article concludes with a comparison of the variables studied. The progress that has been made is highlighted, suggestions for further research are made, and the key contributions to this area of study are summarised.