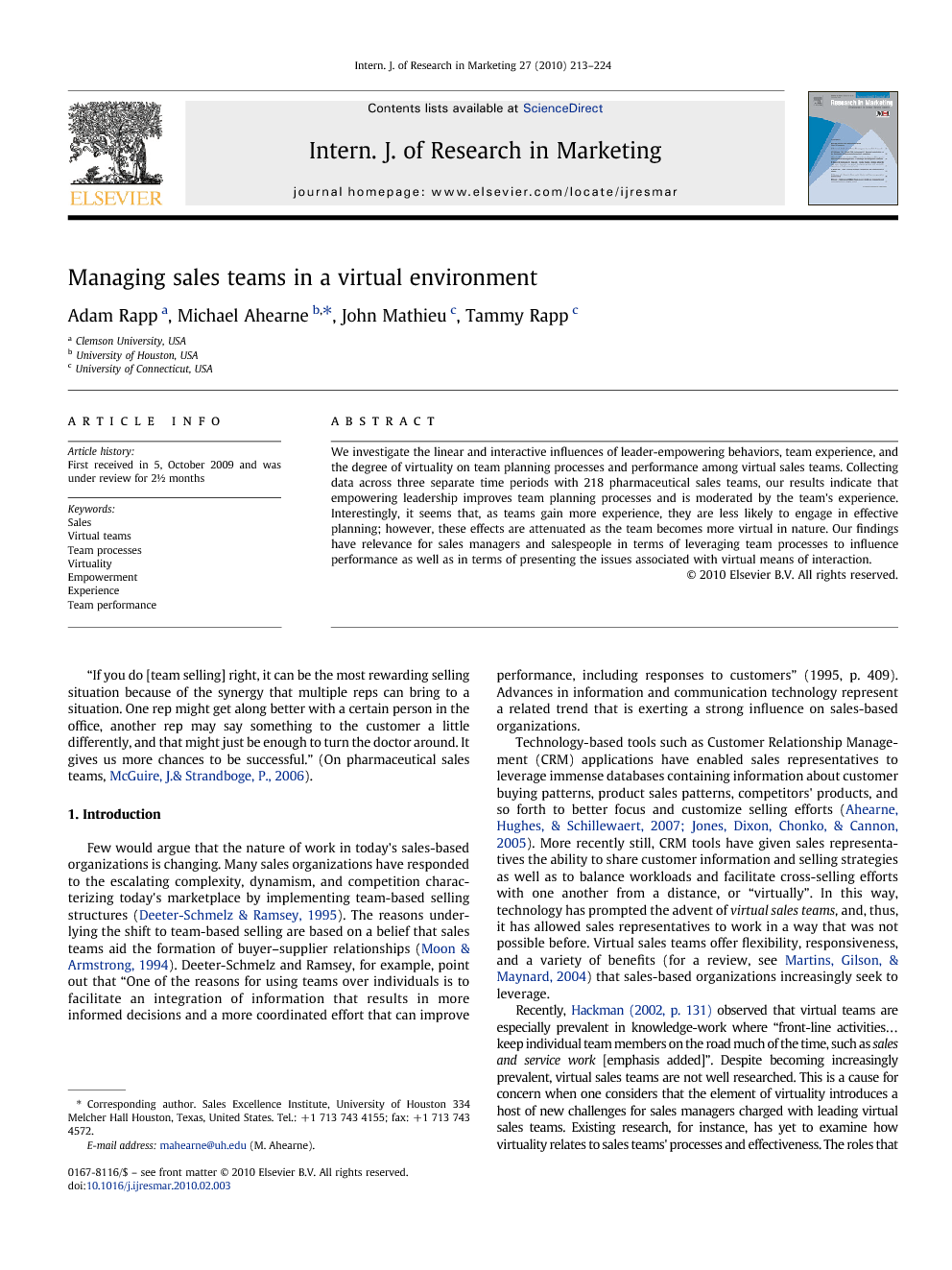 We investigate the linear and interactive influences of leader-empowering behaviors, team experience, and the degree of virtuality on team planning processes and performance among virtual sales teams. Collecting data across three separate time periods with 218 pharmaceutical sales teams, our results indicate that empowering leadership improves team planning processes and is moderated by the team's experience. Interestingly, it seems that, as teams gain more experience, they are less likely to engage in effective planning; however, these effects are attenuated as the team becomes more virtual in nature. Our findings have relevance for sales managers and salespeople in terms of leveraging team processes to influence performance as well as in terms of presenting the issues associated with virtual means of interaction.