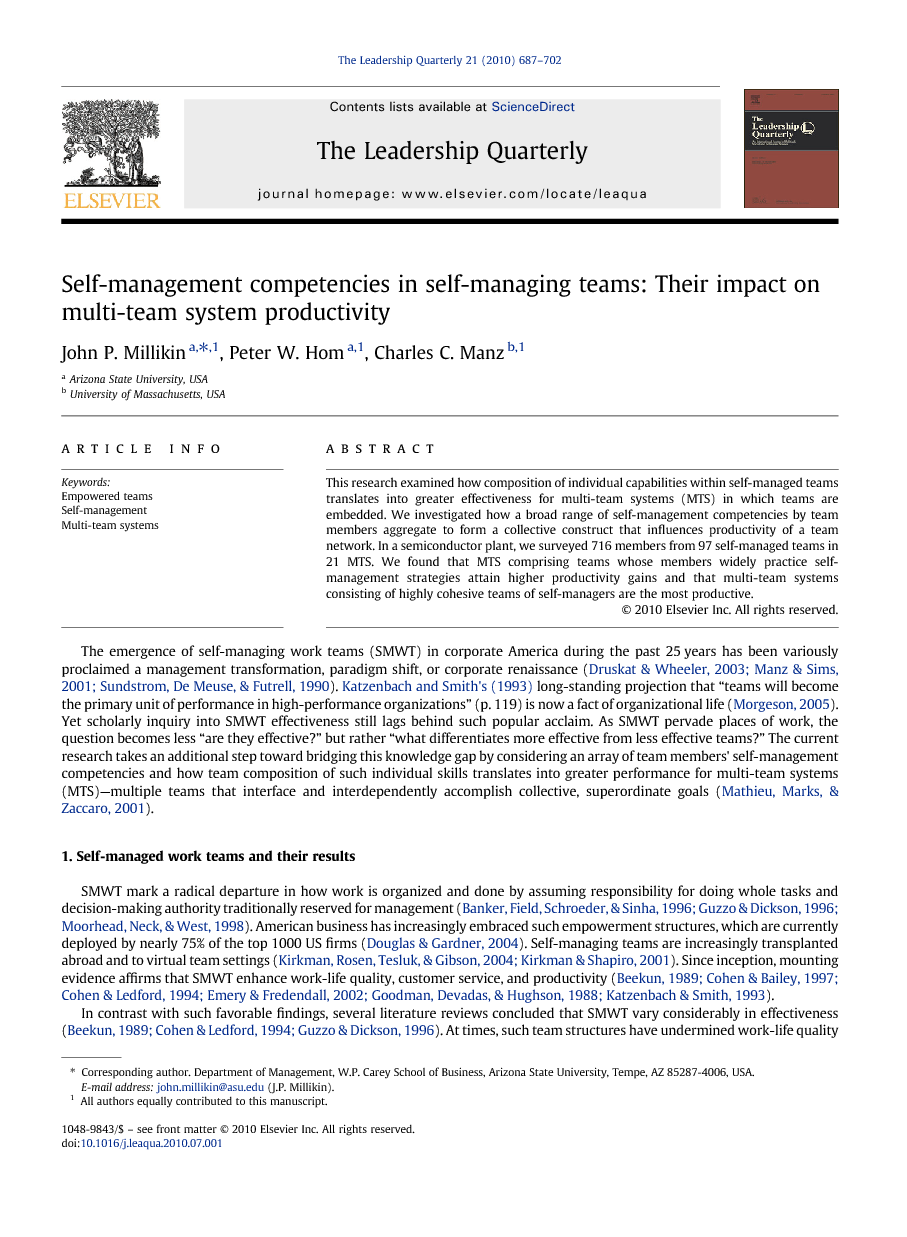 This research examined how composition of individual capabilities within self-managed teams translates into greater effectiveness for multi-team systems (MTS) in which teams are embedded. We investigated how a broad range of self-management competencies by team members aggregate to form a collective construct that influences productivity of a team network. In a semiconductor plant, we surveyed 716 members from 97 self-managed teams in 21 MTS. We found that MTS comprising teams whose members widely practice self-management strategies attain higher productivity gains and that multi-team systems consisting of highly cohesive teams of self-managers are the most productive.