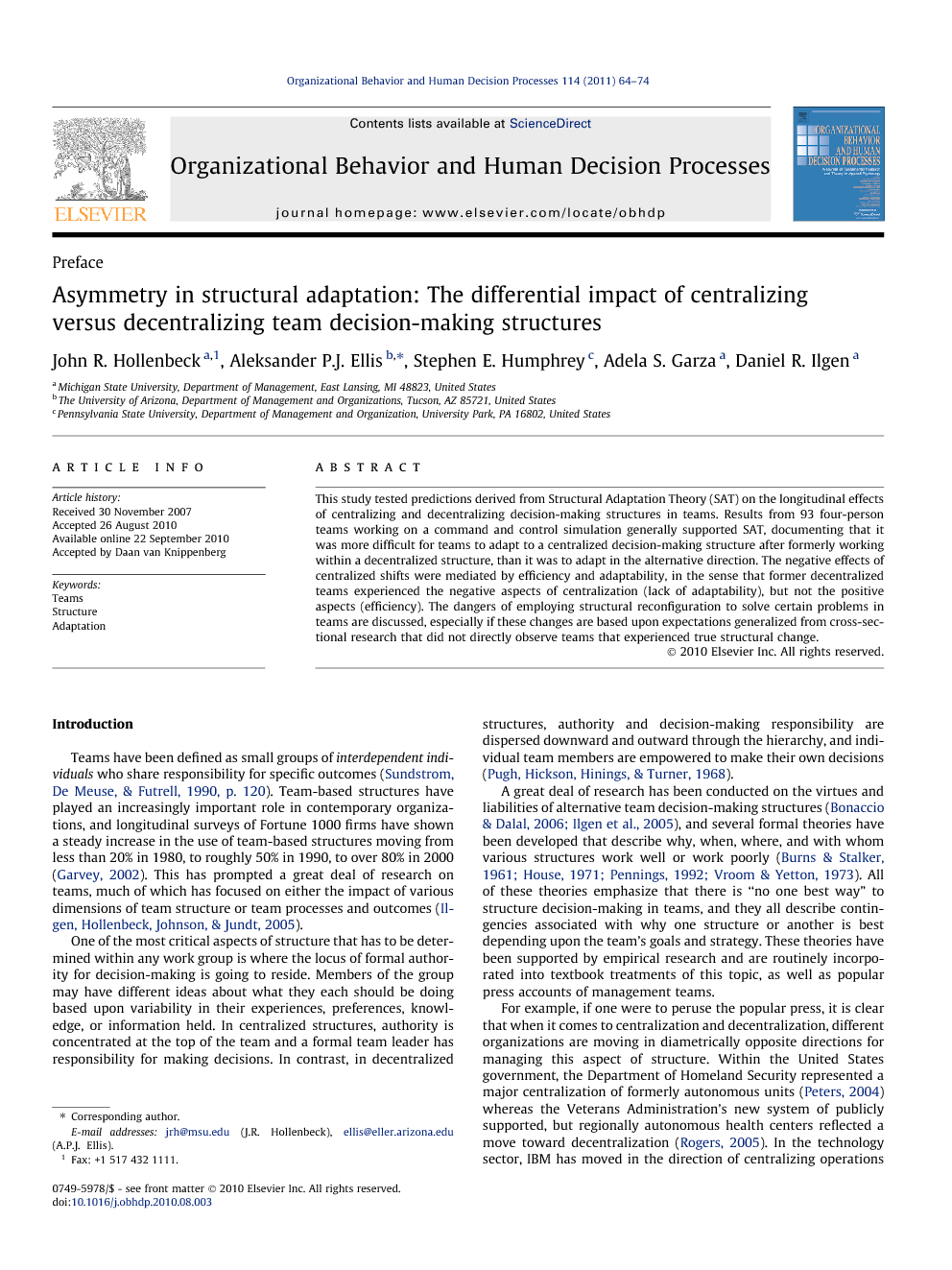 This study tested predictions derived from Structural Adaptation Theory (SAT) on the longitudinal effects of centralizing and decentralizing decision-making structures in teams. Results from 93 four-person teams working on a command and control simulation generally supported SAT, documenting that it was more difficult for teams to adapt to a centralized decision-making structure after formerly working within a decentralized structure, than it was to adapt in the alternative direction. The negative effects of centralized shifts were mediated by efficiency and adaptability, in the sense that former decentralized teams experienced the negative aspects of centralization (lack of adaptability), but not the positive aspects (efficiency). The dangers of employing structural reconfiguration to solve certain problems in teams are discussed, especially if these changes are based upon expectations generalized from cross-sectional research that did not directly observe teams that experienced true structural change.

There is no “one best way” to design a group’s or organizations decision-making structure. There are virtues and liabilities associated with both centralized and decentralized systems, and several different contingency theories that spell these out in some detail. For this reason, as in the examples that we cited at the beginning of this article, it is natural for organizations to consider changing their structure from one system to another if they change their goals or strategies. However, our results suggest that, in line with Structural Adaptation Theory, some changes are more natural relative to others. Groups that move from a more highly ordered state to a less highly ordered state (centralized to decentralized) seem to derive the benefits of the new structure but not its traditional liabilities. In contrast, groups that move from a less ordered state to a more highly ordered state are attempting to reverse entropy, and struggle with this specific type of adaptation. As a result, the static predictions made by many contingency theories such as the Vroom–Yetton Model, Path Goal Theory, and Structural Contingency Theory, fail to hold up as teams dynamically shift from one structure to another.