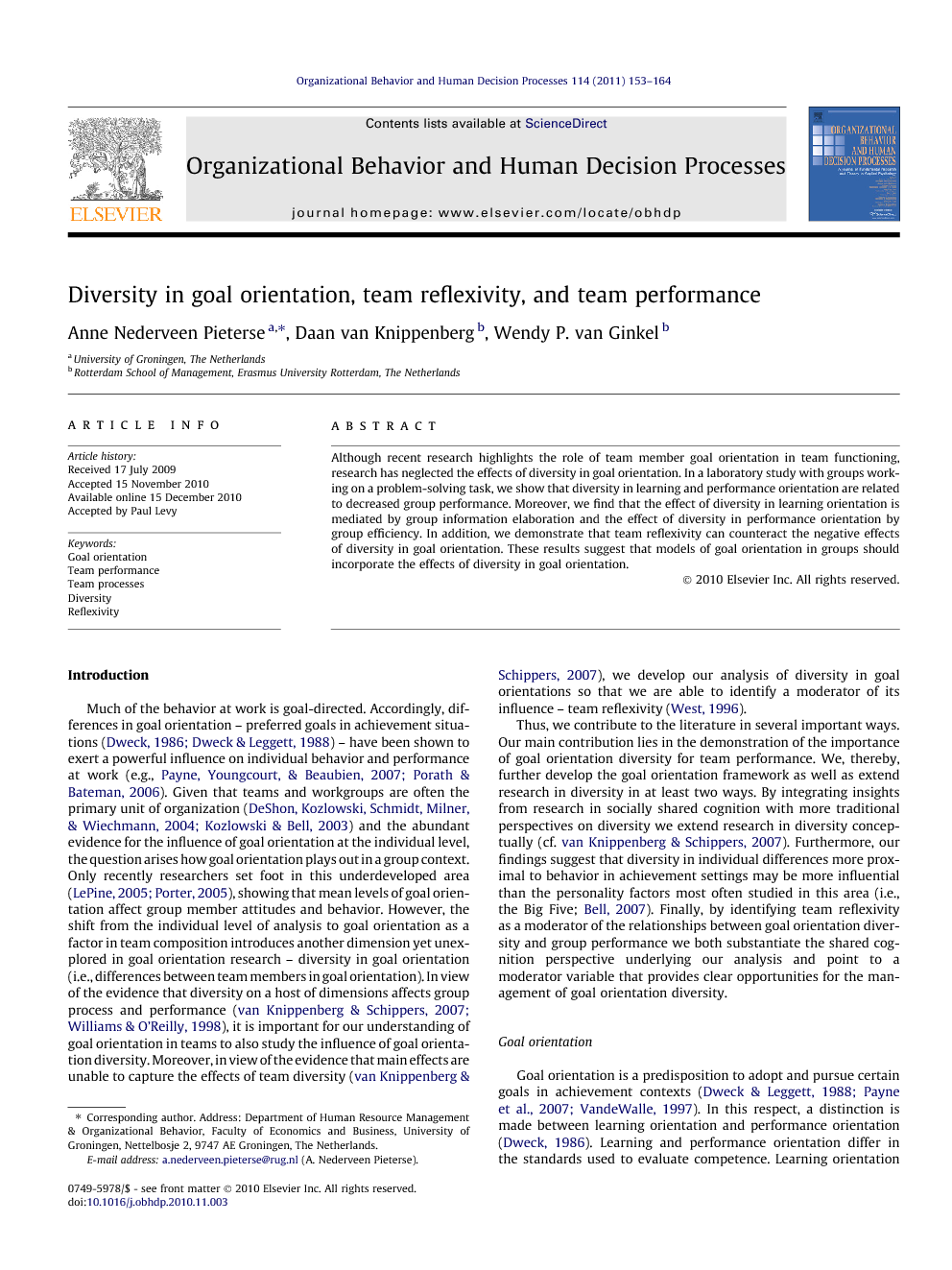 As organizations make more and more use of teams as their basic units, the study of what affects team functioning and performance is gaining in importance. Recent research has shown the important role of team composition in goal orientation for team functioning. The present study extends and develops this emerging literature by establishing the influence of diversity in goal orientation on team processes and performance. In addition, the identification of a means to counteract these effects opens up promising future research opportunities.