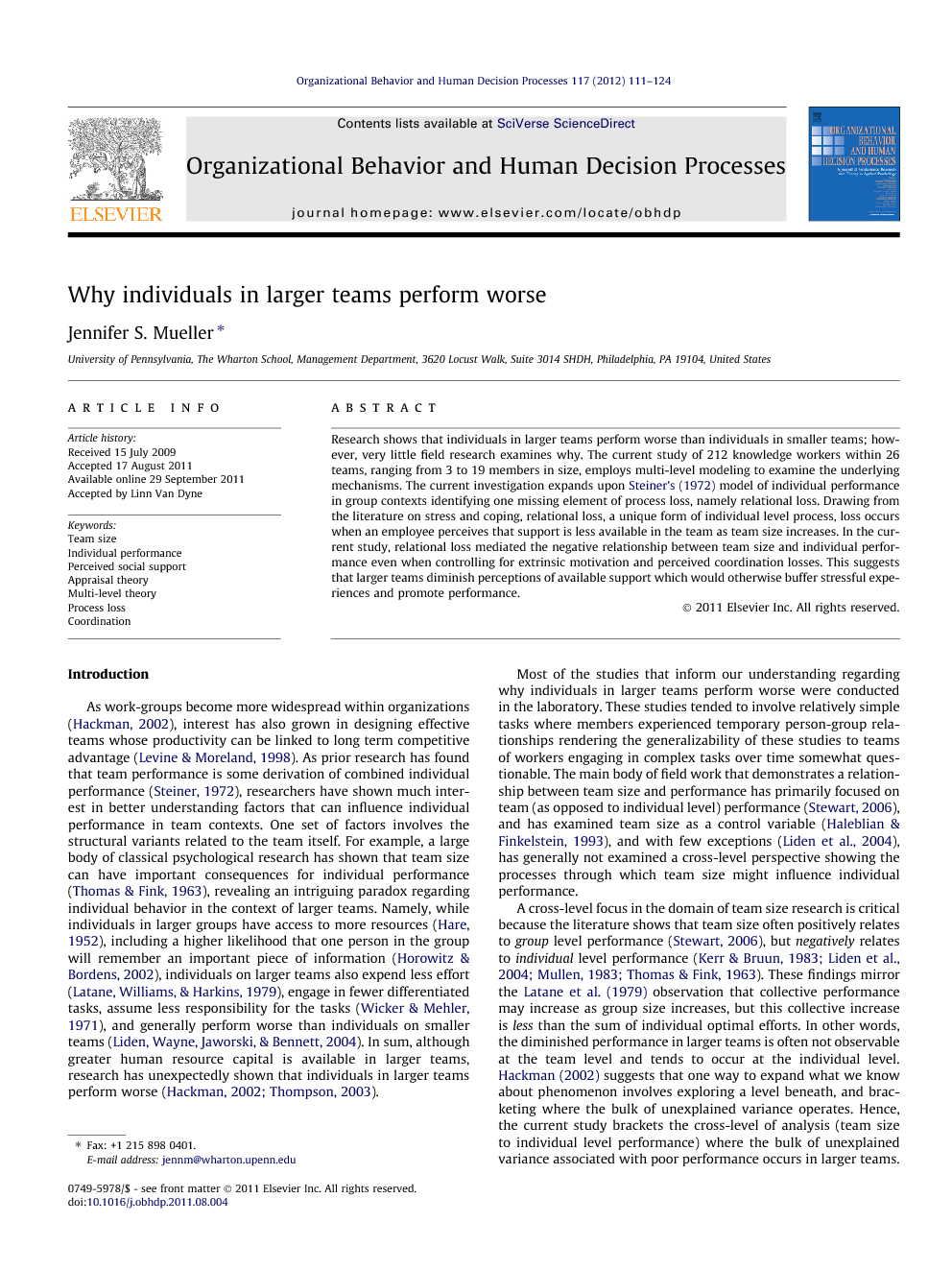 Research shows that individuals in larger teams perform worse than individuals in smaller teams; however, very little field research examines why. The current study of 212 knowledge workers within 26 teams, ranging from 3 to 19 members in size, employs multi-level modeling to examine the underlying mechanisms. The current investigation expands upon Steiner’s (1972) model of individual performance in group contexts identifying one missing element of process loss, namely relational loss. Drawing from the literature on stress and coping, relational loss, a unique form of individual level process, loss occurs when an employee perceives that support is less available in the team as team size increases. In the current study, relational loss mediated the negative relationship between team size and individual performance even when controlling for extrinsic motivation and perceived coordination losses. This suggests that larger teams diminish perceptions of available support which would otherwise buffer stressful experiences and promote performance.

This study identifies that, in modern contexts, coordination losses and motivation losses provide an incomplete story in explaining why individuals in larger teams perform worse. Instead, the current study shows that relational losses play an important role in explaining why individuals experience performance losses in larger teams. Better understanding of process in larger teams moves the field past an obsession with finding the “optimal team size,” a line of questioning which has yielded little understanding about performance in larger groups. Indeed, the optimal team size may be completely dependent upon the exact nature of the group task which may have as many variations as there are teams (Levine & Moreland, 1998). Focusing on process also moves the field past blanket recommendations to simply keep group sizes small. The reality is that managers tend to bias their team size towards overstaffing (Cini, Moreland, & Levine, 1993), and theory would suggest that larger teams have more potential productivity that can lead organizations to increased competitive advantage if managed correctly (Eisenhardt and Schoonhoven, 1990 and West and Anderson, 1996).