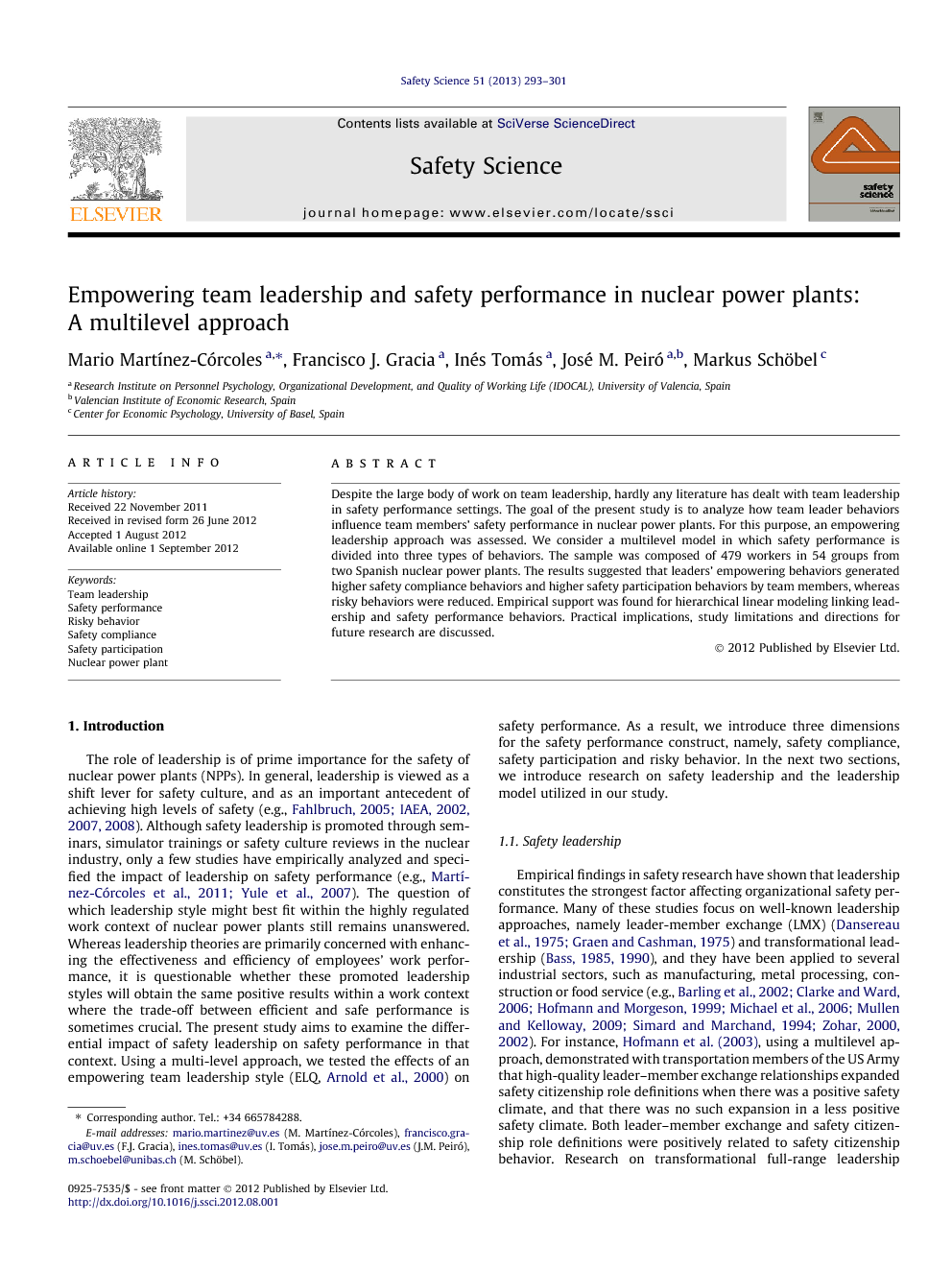 The role of leadership is of prime importance for the safety of nuclear power plants (NPPs). In general, leadership is viewed as a shift lever for safety culture, and as an important antecedent of achieving high levels of safety (e.g., Fahlbruch, 2005, International Nuclear Safety Advi, 2002, International Atomic Energy Agency, 2007 and International Atomic Energy Agency, 2008). Although safety leadership is promoted through seminars, simulator trainings or safety culture reviews in the nuclear industry, only a few studies have empirically analyzed and specified the impact of leadership on safety performance (e.g., Martínez-Córcoles et al., 2011 and Yule et al., 2007). The question of which leadership style might best fit within the highly regulated work context of nuclear power plants still remains unanswered. Whereas leadership theories are primarily concerned with enhancing the effectiveness and efficiency of employees’ work performance, it is questionable whether these promoted leadership styles will obtain the same positive results within a work context where the trade-off between efficient and safe performance is sometimes crucial. The present study aims to examine the differential impact of safety leadership on safety performance in that context. Using a multi-level approach, we tested the effects of an empowering team leadership style (ELQ, Arnold et al., 2000) on safety performance. As a result, we introduce three dimensions for the safety performance construct, namely, safety compliance, safety participation and risky behavior. In the next two sections, we introduce research on safety leadership and the leadership model utilized in our study.