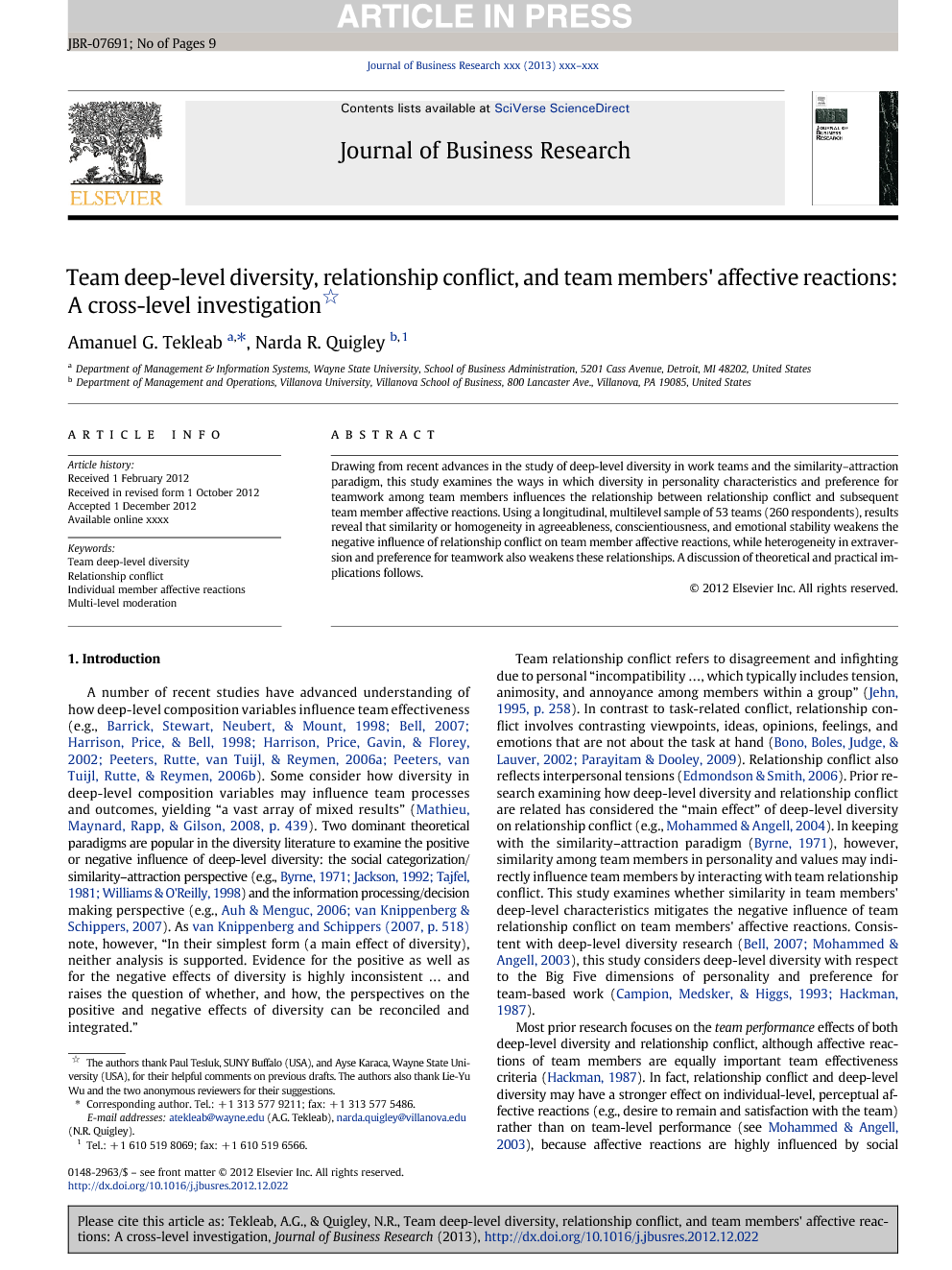 Drawing from recent advances in the study of deep-level diversity in work teams and the similarity–attraction paradigm, this study examines the ways in which diversity in personality characteristics and preference for teamwork among team members influences the relationship between relationship conflict and subsequent team member affective reactions. Using a longitudinal, multilevel sample of 53 teams (260 respondents), results reveal that similarity or homogeneity in agreeableness, conscientiousness, and emotional stability weakens the negative influence of relationship conflict on team member affective reactions, while heterogeneity in extraversion and preference for teamwork also weakens these relationships. A discussion of theoretical and practical implications follows.

The current study focuses on the moderating effect of deep-level diversity characteristics in teams on the relationship between relationship conflict and individual satisfaction and desire to remain with the team. In general, this study shows that the team members on teams that are more similar with respect to agreeableness, conscientiousness, and emotional stability are better able to cope with relationship conflict, thus preventing conflict from negatively influencing their affective reactions. Future research should continue to examine the effects of similarity vs. heterogeneity of deep-level diversity characteristics and how that may both contribute to and mitigate the negative effects of team conflict.