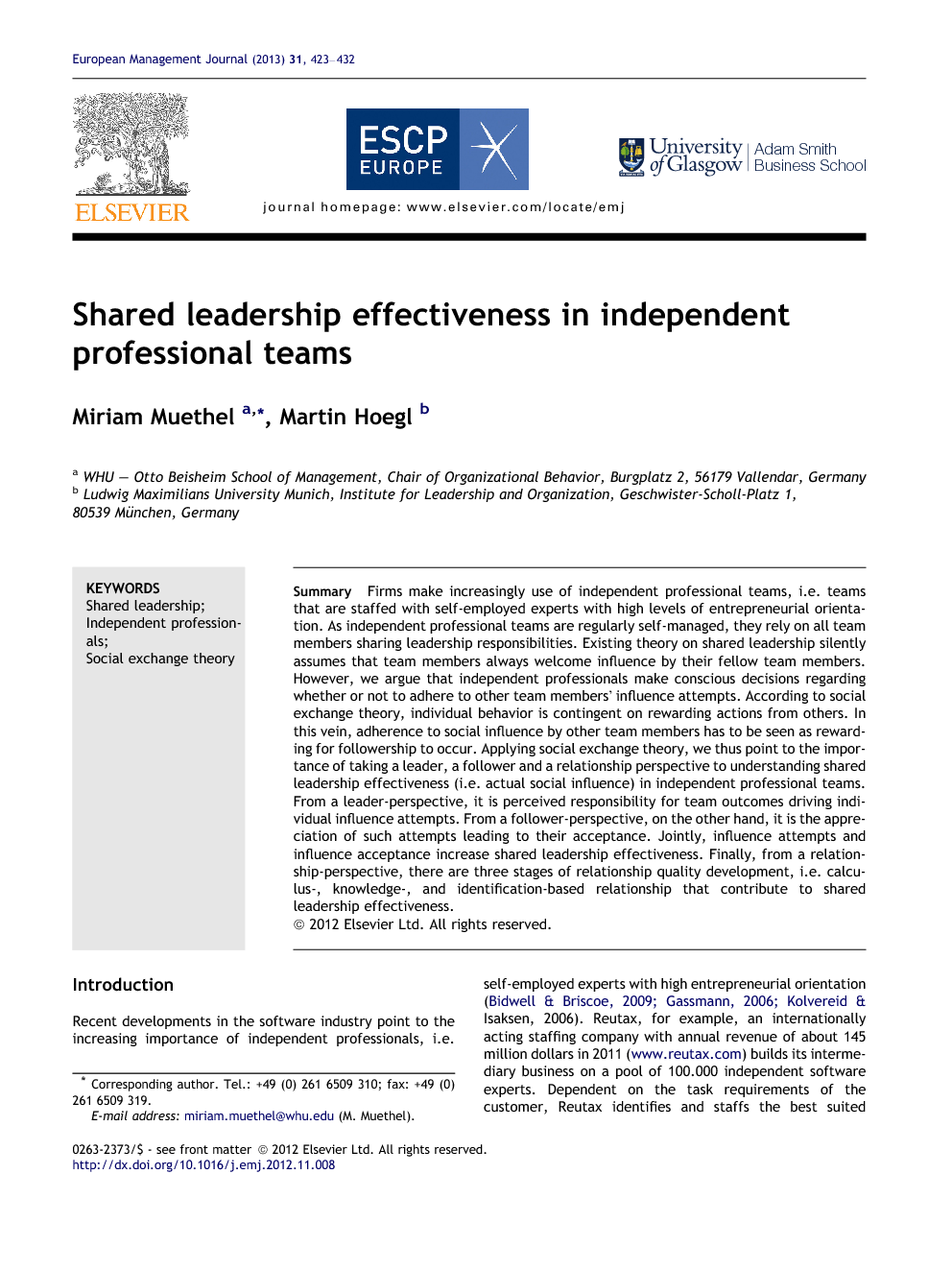 Firms make increasingly use of independent professional teams, i.e. teams that are staffed with self-employed experts with high levels of entrepreneurial orientation. As independent professional teams are regularly self-managed, they rely on all team members sharing leadership responsibilities. Existing theory on shared leadership silently assumes that team members always welcome influence by their fellow team members. However, we argue that independent professionals make conscious decisions regarding whether or not to adhere to other team members’ influence attempts. According to social exchange theory, individual behavior is contingent on rewarding actions from others. In this vein, adherence to social influence by other team members has to be seen as rewarding for followership to occur. Applying social exchange theory, we thus point to the importance of taking a leader, a follower and a relationship perspective to understanding shared leadership effectiveness (i.e. actual social influence) in independent professional teams. From a leader-perspective, it is perceived responsibility for team outcomes driving individual influence attempts. From a follower-perspective, on the other hand, it is the appreciation of such attempts leading to their acceptance. Jointly, influence attempts and influence acceptance increase shared leadership effectiveness. Finally, from a relationship-perspective, there are three stages of relationship quality development, i.e. calculus-, knowledge-, and identification-based relationship that contribute to shared leadership effectiveness.