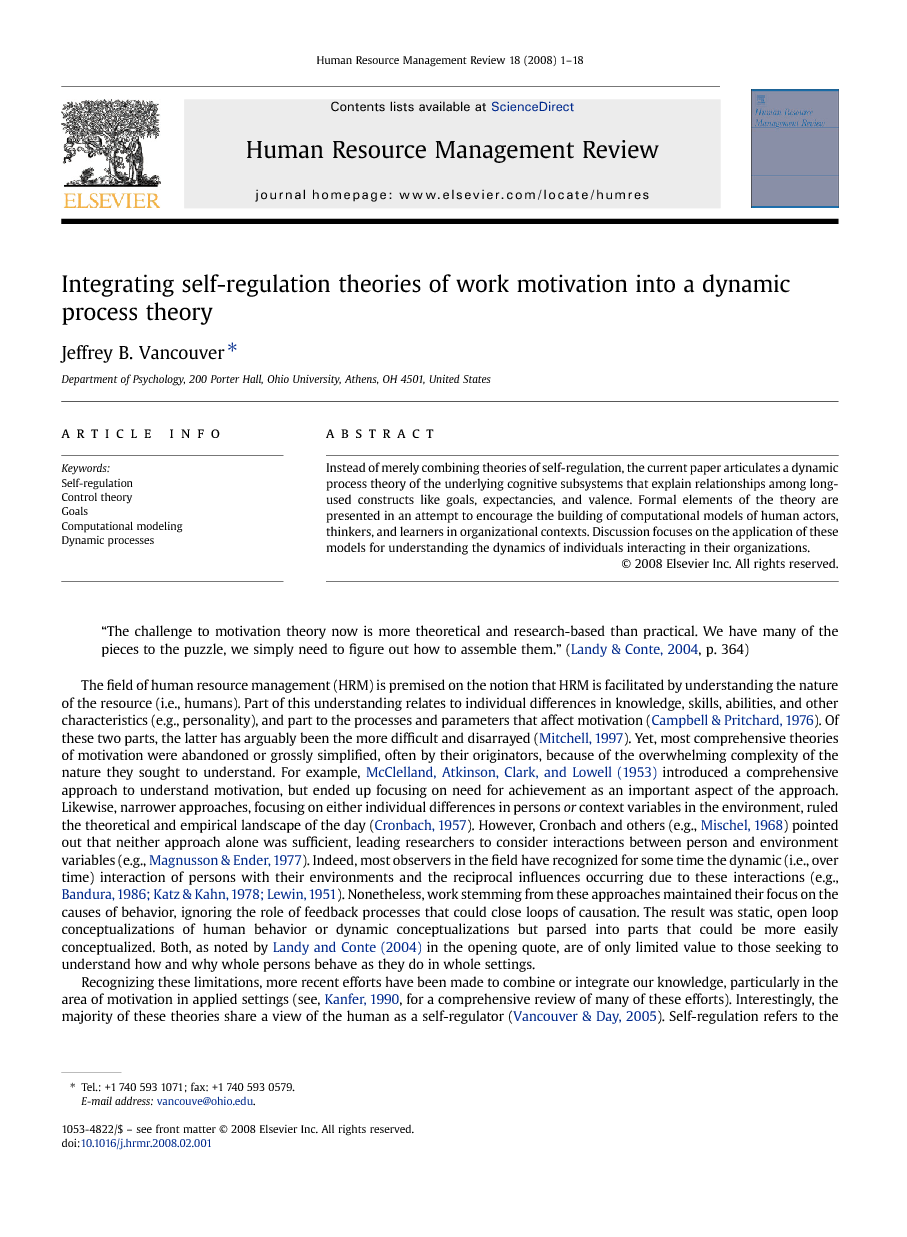 Instead of merely combining theories of self-regulation, the current paper articulates a dynamic process theory of the underlying cognitive subsystems that explain relationships among long-used constructs like goals, expectancies, and valence. Formal elements of the theory are presented in an attempt to encourage the building of computational models of human actors, thinkers, and learners in organizational contexts. Discussion focuses on the application of these models for understanding the dynamics of individuals interacting in their organizations.

For the field of motivation, Atkinson once advocated that “The goal of this field of scientific inquiry is to develop concepts which account for the direction, vigor, and persistence of an individual's behavior that are more useful than… the fund of intuitive wisdom we so often refer to as ‘common sense’” (1964, p. 3). Theories of work motivation are clearly making progress toward that goal in that they are becoming more comprehensive, self-regulatory or goal-oriented, and dynamic. We believe these are laudable trends, but there is still much work to be done. According to Simon (1992) dynamic, process levels of explanation, particularly if it can be precisely (i.e., mathematically) represented, are the type of explanations researchers should seek. Dynamic process models not only provide a deeper level of understanding, but also potentially lead to applications to motivational problems. We present our dynamic process theory as a framework for furthering this quest. No doubt additional conceptual and empirical work is required in both directions (i.e., deeper understanding and practical applications). Moreover, because the theory describes how open systems interact with their environments over time, it represents a much more sophisticated conceptualization of person–environment interaction needed to understand the behavior of human beings nested in complex and dynamic contexts. Finally, because of the field's need to understand dynamic interactions between persons and environments, our models can inform not only applied problems, but also more basic theorizing (e.g., Hastie & Pennington, 2000). In concert, these efforts might help narrow the gap between where human resource management currently is and where it could be.