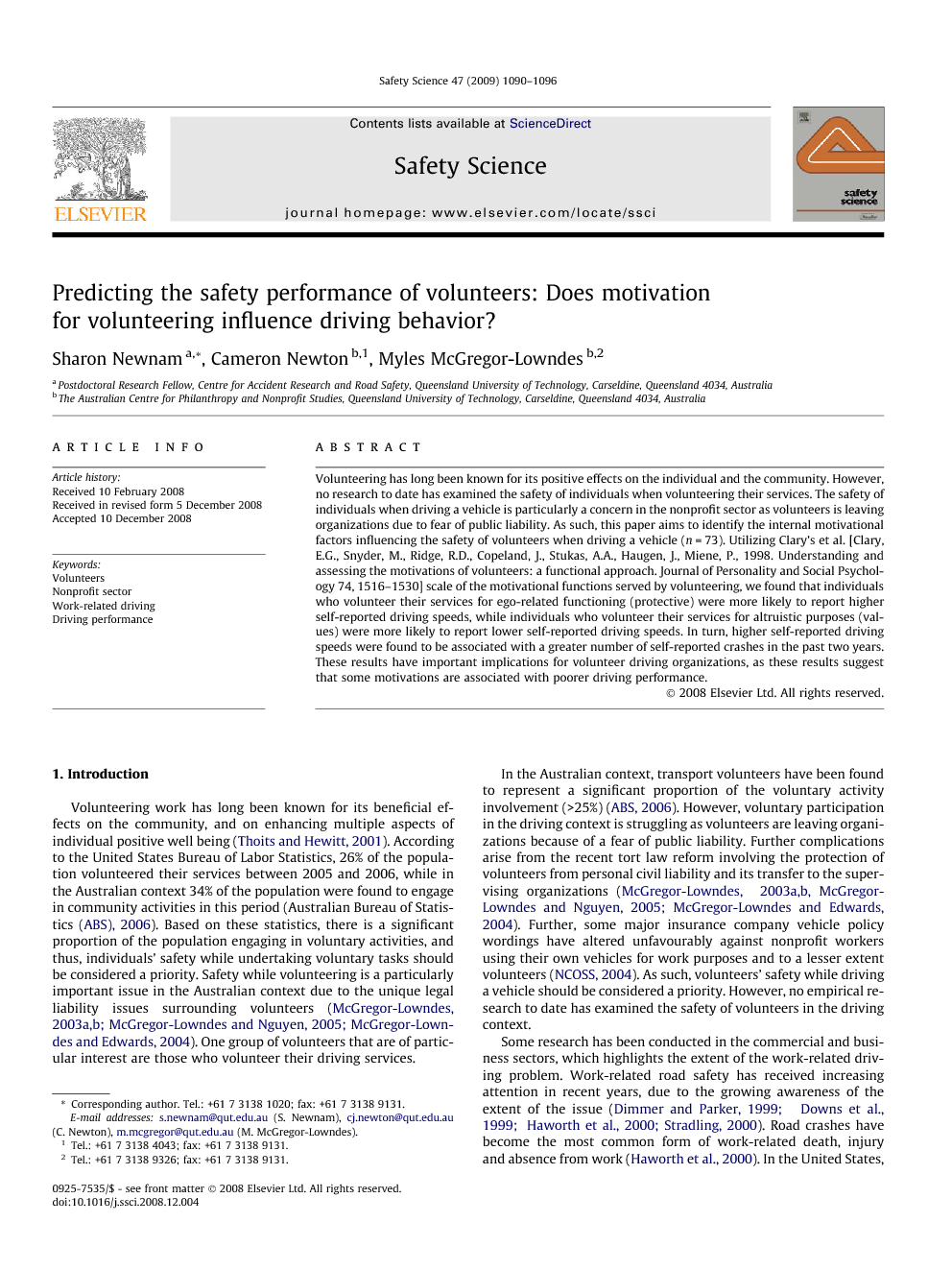 Volunteering has long been known for its positive effects on the individual and the community. However, no research to date has examined the safety of individuals when volunteering their services. The safety of individuals when driving a vehicle is particularly a concern in the nonprofit sector as volunteers is leaving organizations due to fear of public liability. As such, this paper aims to identify the internal motivational factors influencing the safety of volunteers when driving a vehicle (n = 73). Utilizing Clary’s et al. [Clary, E.G., Snyder, M., Ridge, R.D., Copeland, J., Stukas, A.A., Haugen, J., Miene, P., 1998. Understanding and assessing the motivations of volunteers: a functional approach. Journal of Personality and Social Psychology 74, 1516–1530] scale of the motivational functions served by volunteering, we found that individuals who volunteer their services for ego-related functioning (protective) were more likely to report higher self-reported driving speeds, while individuals who volunteer their services for altruistic purposes (values) were more likely to report lower self-reported driving speeds. In turn, higher self-reported driving speeds were found to be associated with a greater number of self-reported crashes in the past two years. These results have important implications for volunteer driving organizations, as these results suggest that some motivations are associated with poorer driving performance.

In summary, this paper has provided some indication of the internal influences influencing the safety performance of volunteer drivers. The data found relationships between motivations for volunteering and self-reported speeding, and in turn, self-reported crashes. In particular, the results suggest that particular motivations for volunteers, including protecting the ego from negative features of the self was associated with poorer driving performance, while volunteering for altruistic purposes was associated with safer driving performance. This study has important implications for the safety management of volunteers and their clients. Moreover, this study has importance for the community given the increasing reliance on volunteer drivers and potential harm that can result to themselves, their passengers, and other innocent members of the community.