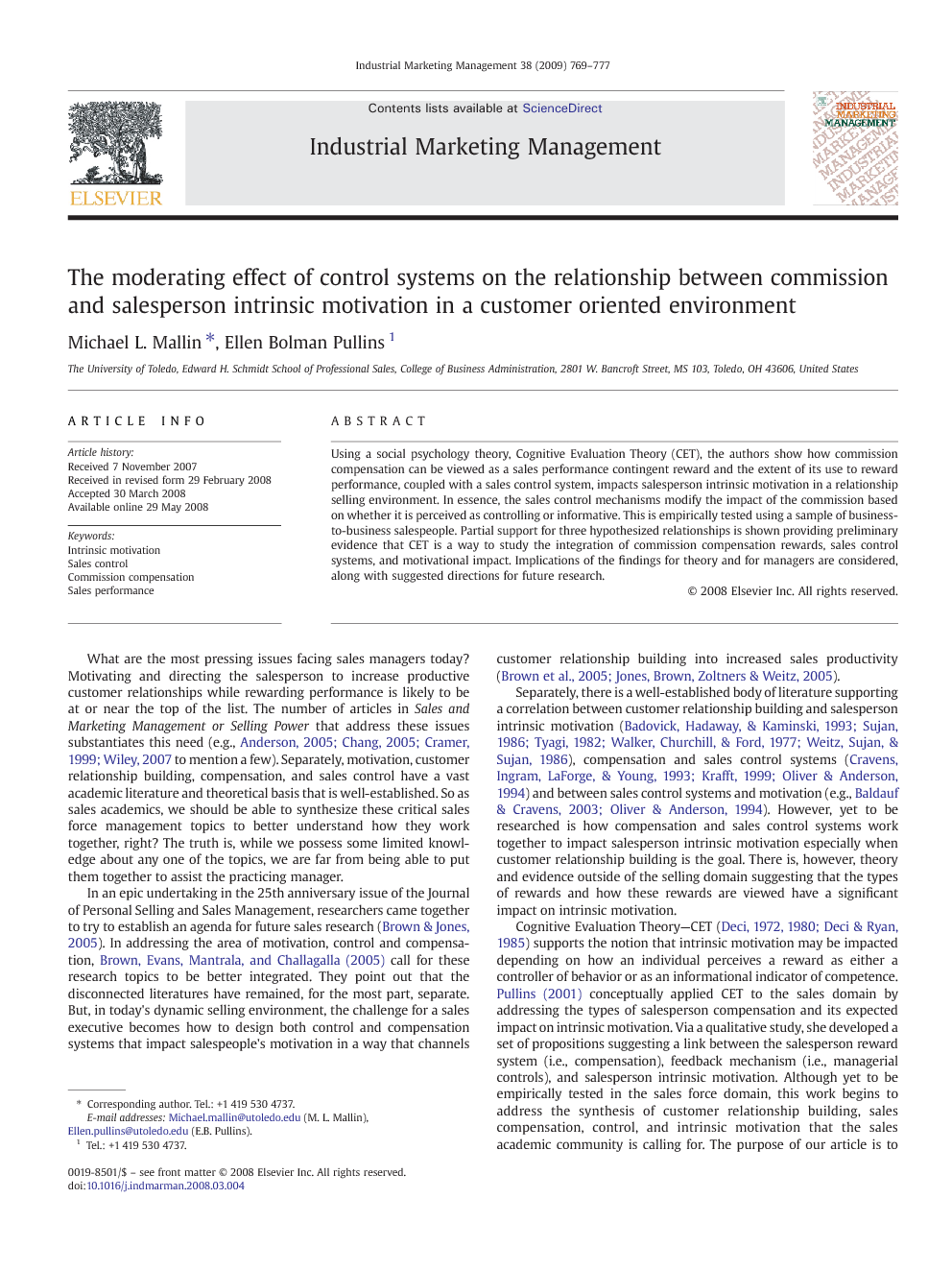 Using a social psychology theory, Cognitive Evaluation Theory (CET), the authors show how commission compensation can be viewed as a sales performance contingent reward and the extent of its use to reward performance, coupled with a sales control system, impacts salesperson intrinsic motivation in a relationship selling environment. In essence, the sales control mechanisms modify the impact of the commission based on whether it is perceived as controlling or informative. This is empirically tested using a sample of business-to-business salespeople. Partial support for three hypothesized relationships is shown providing preliminary evidence that CET is a way to study the integration of commission compensation rewards, sales control systems, and motivational impact. Implications of the findings for theory and for managers are considered, along with suggested directions for future research.