عنوان انگلیسی
The desire to win: The effects of competitive arousal on motivation and behavior
دانلود فوری مقاله + سفارش ترجمه 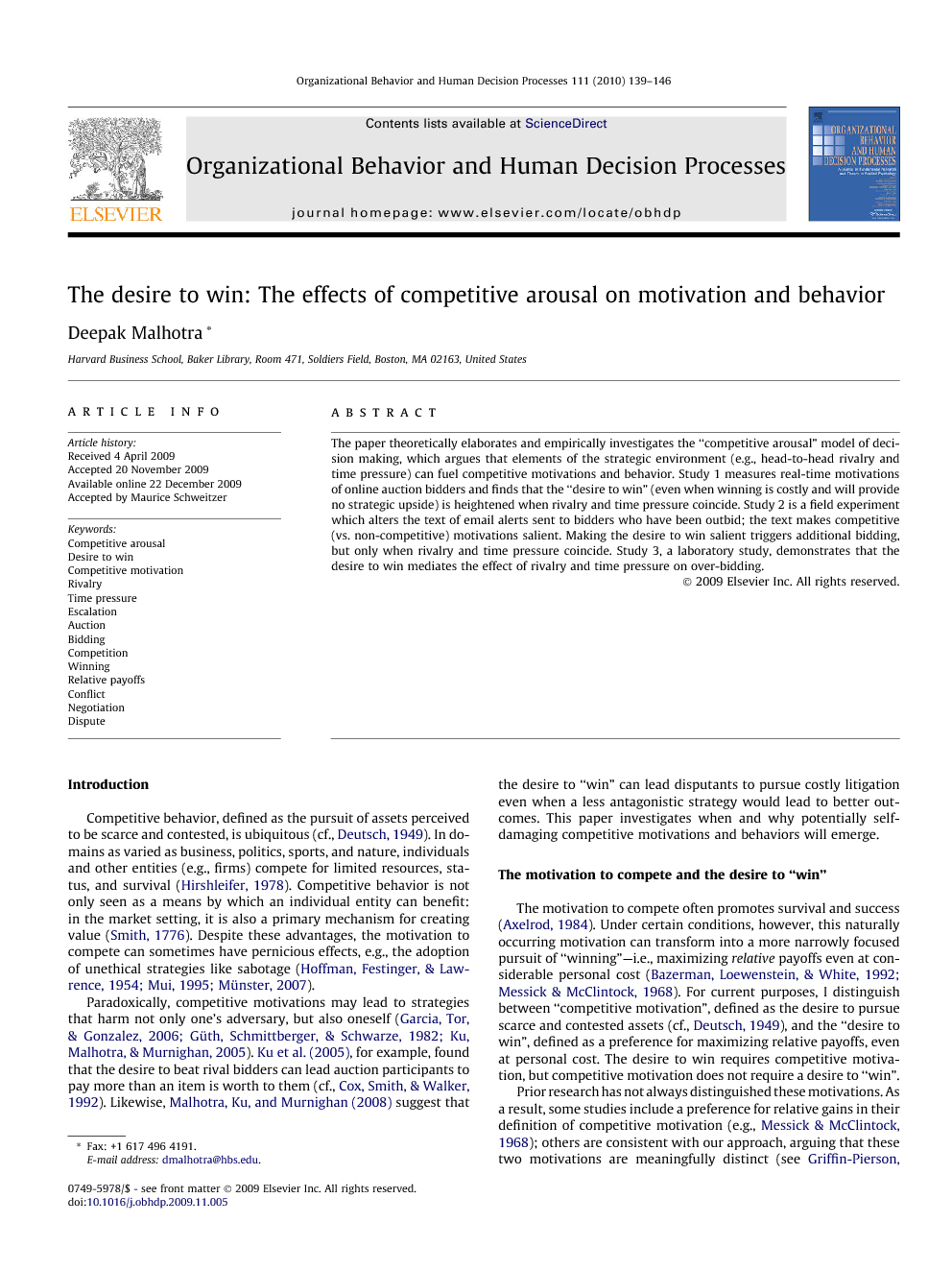 Competitive behavior, defined as the pursuit of assets perceived to be scarce and contested, is ubiquitous (cf., Deutsch, 1949). In domains as varied as business, politics, sports, and nature, individuals and other entities (e.g., firms) compete for limited resources, status, and survival (Hirshleifer, 1978). Competitive behavior is not only seen as a means by which an individual entity can benefit: in the market setting, it is also a primary mechanism for creating value (Smith, 1776). Despite these advantages, the motivation to compete can sometimes have pernicious effects, e.g., the adoption of unethical strategies like sabotage (Hoffman et al., 1954, Mui, 1995 and Münster, 2007). Paradoxically, competitive motivations may lead to strategies that harm not only one’s adversary, but also oneself (Garcia et al., 2006, Güth et al., 1982 and Ku et al., 2005). Ku et al. (2005), for example, found that the desire to beat rival bidders can lead auction participants to pay more than an item is worth to them (cf., Cox, Smith, & Walker, 1992). Likewise, Malhotra, Ku, and Murnighan (2008) suggest that the desire to “win” can lead disputants to pursue costly litigation even when a less antagonistic strategy would lead to better outcomes. This paper investigates when and why potentially self-damaging competitive motivations and behaviors will emerge.