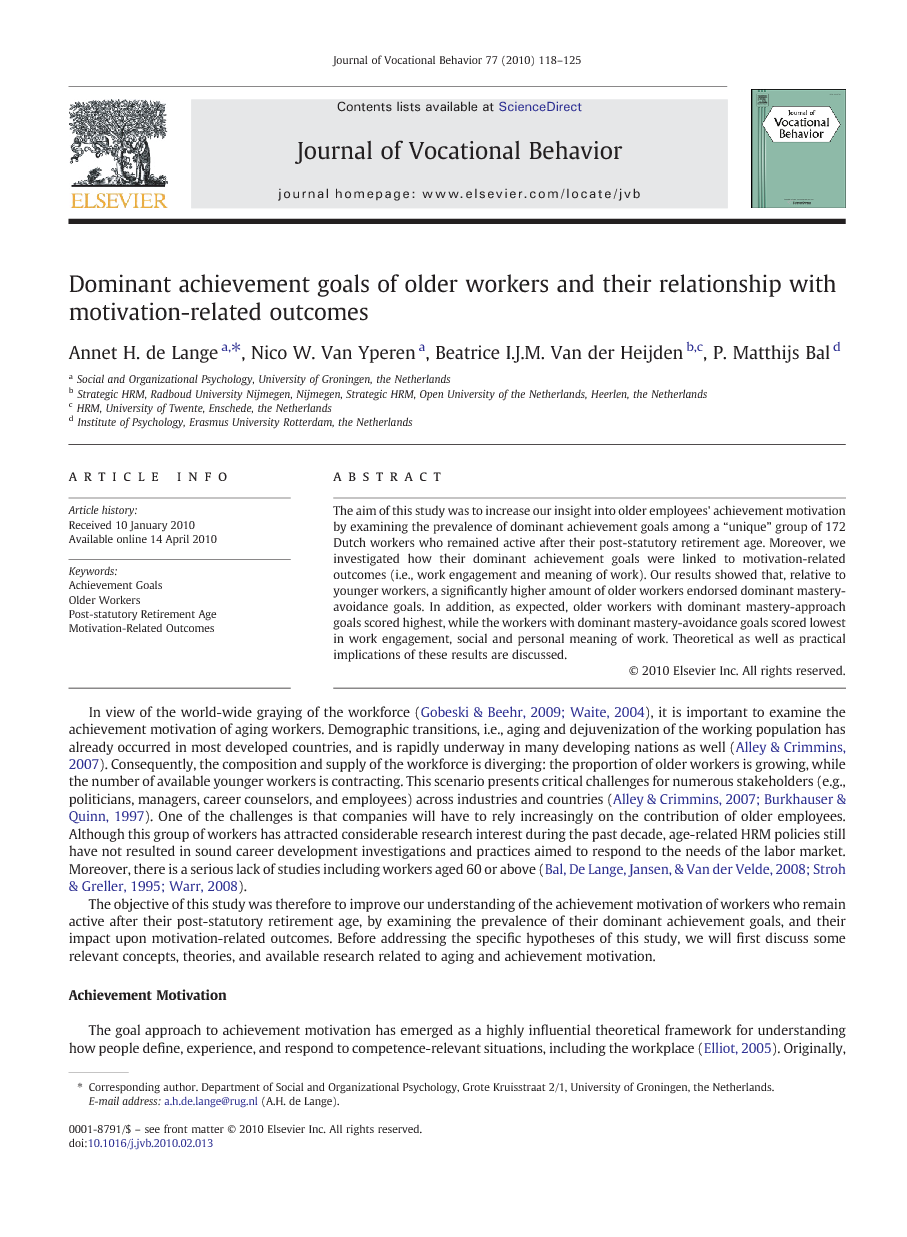 The aim of this study was to increase our insight into older employees' achievement motivation by examining the prevalence of dominant achievement goals among a “unique” group of 172 Dutch workers who remained active after their post-statutory retirement age. Moreover, we investigated how their dominant achievement goals were linked to motivation-related outcomes (i.e., work engagement and meaning of work). Our results showed that, relative to younger workers, a significantly higher amount of older workers endorsed dominant mastery-avoidance goals. In addition, as expected, older workers with dominant mastery-approach goals scored highest, while the workers with dominant mastery-avoidance goals scored lowest in work engagement, social and personal meaning of work. Theoretical as well as practical implications of these results are discussed.