عنوان انگلیسی
Assimilation and contrast in organizational justice: The role of primed mindsets in the psychology of the fair process effect
دانلود فوری مقاله + سفارش ترجمه 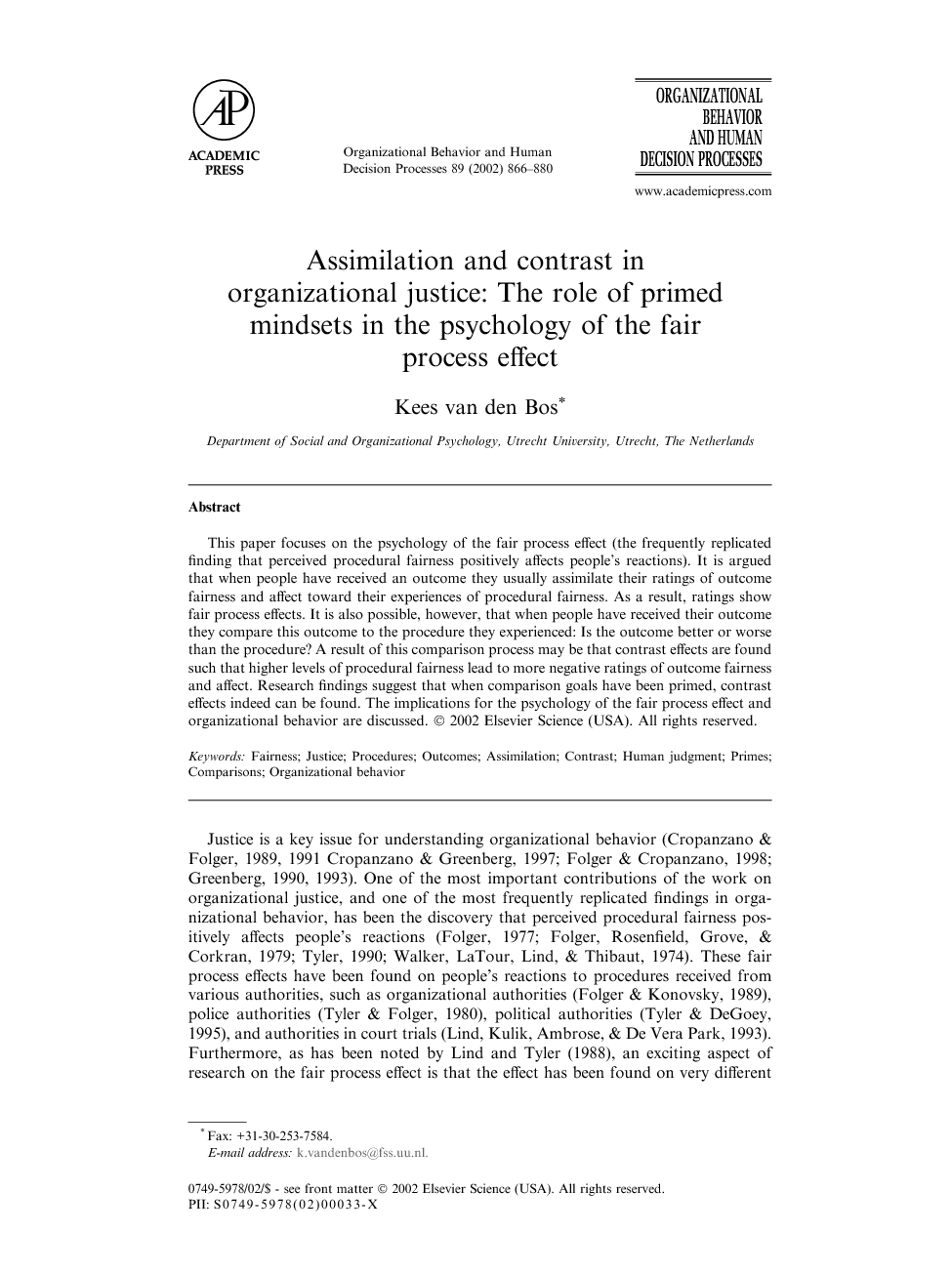 This paper focuses on the psychology of the fair process effect (the frequently replicated finding that perceived procedural fairness positively affects people's reactions). It is argued that when people have received an outcome they usually assimilate their ratings of outcome fairness and affect toward their experiences of procedural fairness. As a result, ratings show fair process effects. It is also possible, however, that when people have received their outcome they compare this outcome to the procedure they experienced: Is the outcome better or worse than the procedure? A result of this comparison process may be that contrast effects are found such that higher levels of procedural fairness lead to more negative ratings of outcome fairness and affect. Research findings suggest that when comparison goals have been primed, contrast effects indeed can be found. The implications for the psychology of the fair process effect and organizational behavior are discussed.