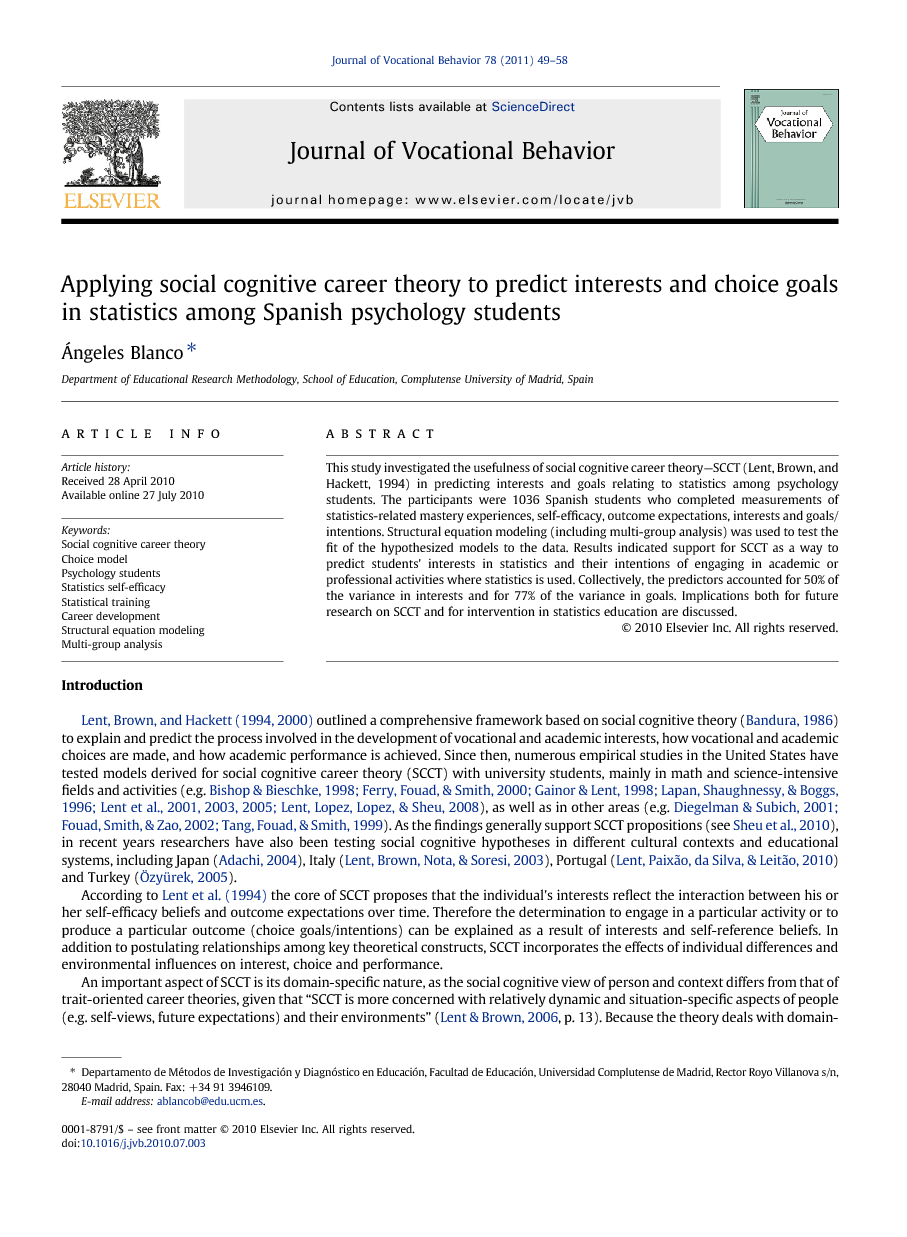 This study investigated the usefulness of social cognitive career theory—SCCT (Lent, Brown, and Hackett, 1994) in predicting interests and goals relating to statistics among psychology students. The participants were 1036 Spanish students who completed measurements of statistics-related mastery experiences, self-efficacy, outcome expectations, interests and goals/intentions. Structural equation modeling (including multi-group analysis) was used to test the fit of the hypothesized models to the data. Results indicated support for SCCT as a way to predict students' interests in statistics and their intentions of engaging in academic or professional activities where statistics is used. Collectively, the predictors accounted for 50% of the variance in interests and for 77% of the variance in goals. Implications both for future research on SCCT and for intervention in statistics education are discussed.