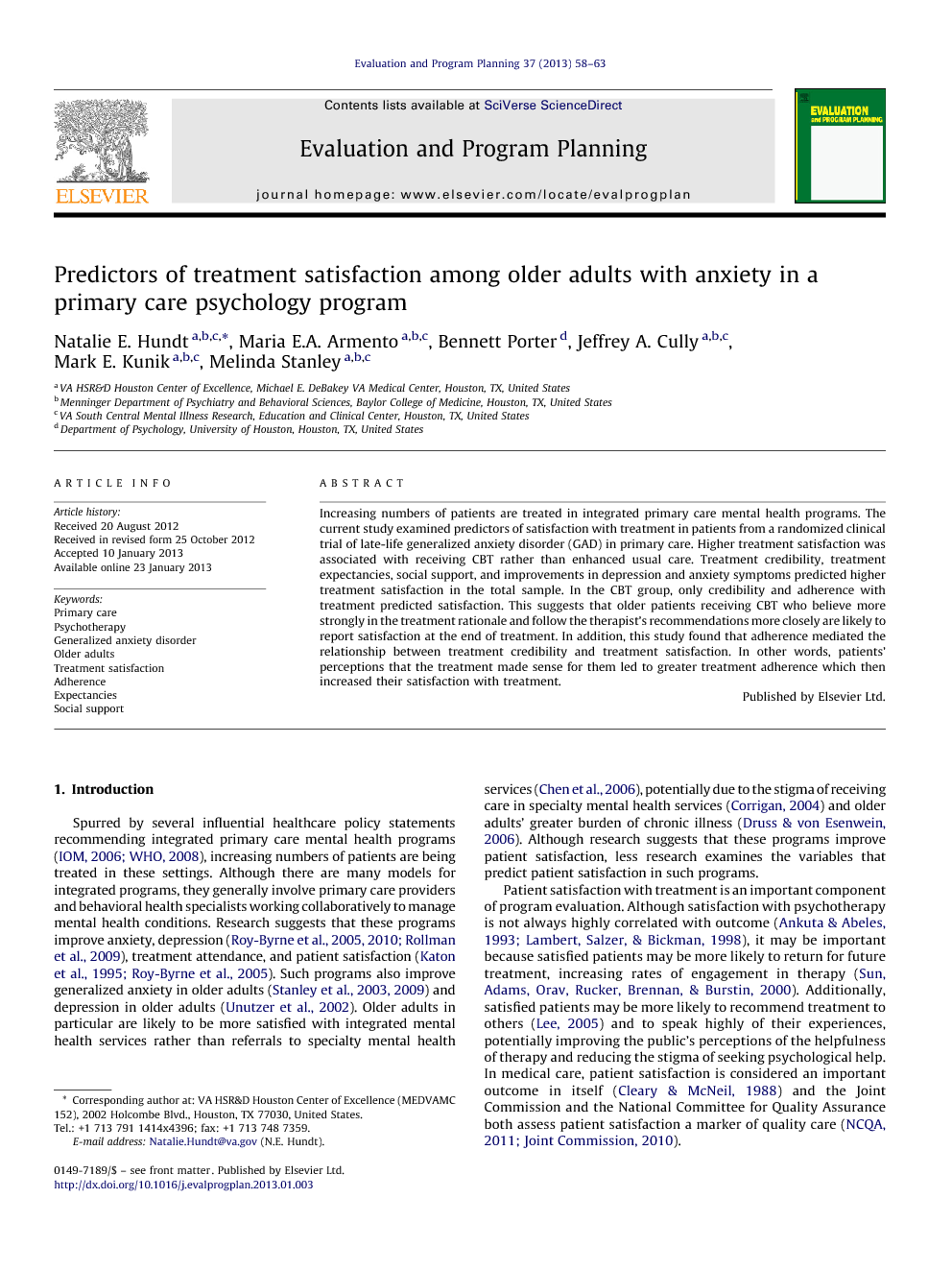 These results suggest that in order to maximize patient satisfaction with integrated treatments for primary care, programs should focus on improving treatment credibility by providing strong a rationale for the treatments provided and encouraging adherence throughout treatment.