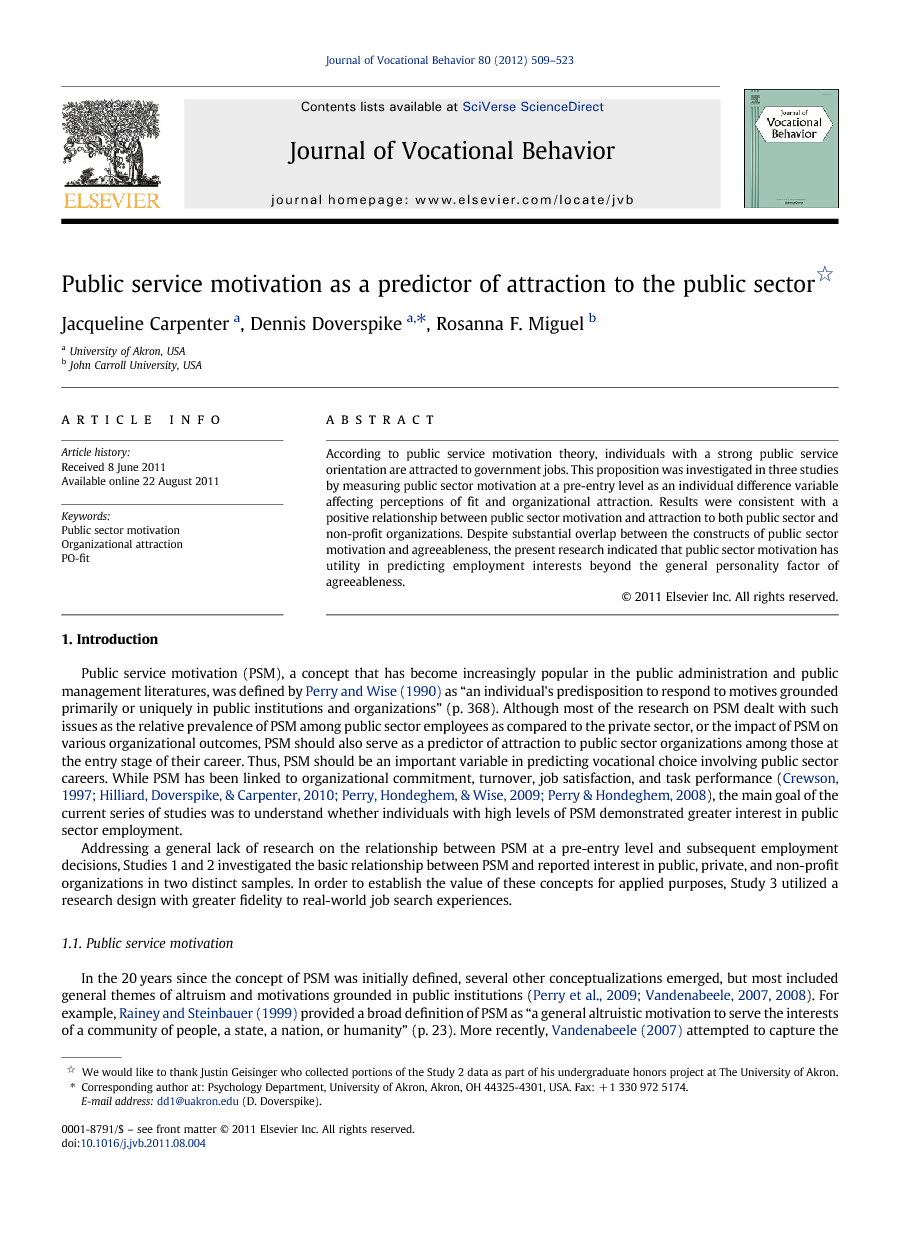 Addressing the need for research on PSM at a pre-entry level, outside of current civil service employees, these studies demonstrated that individual differences in PSM were useful in predicting attraction to public sector and non-profit organizations and that this relationship was mediated by PO fit perceptions. We suggest that recruiting entities desiring employees who demonstrate a strong motivation for public service target corresponding values and needs early on in the application process. However, more research is needed to determine whether PSM is exclusively related to outcomes within and regarding public and non-profit organizations or whether its effects extend to the private sector as well.