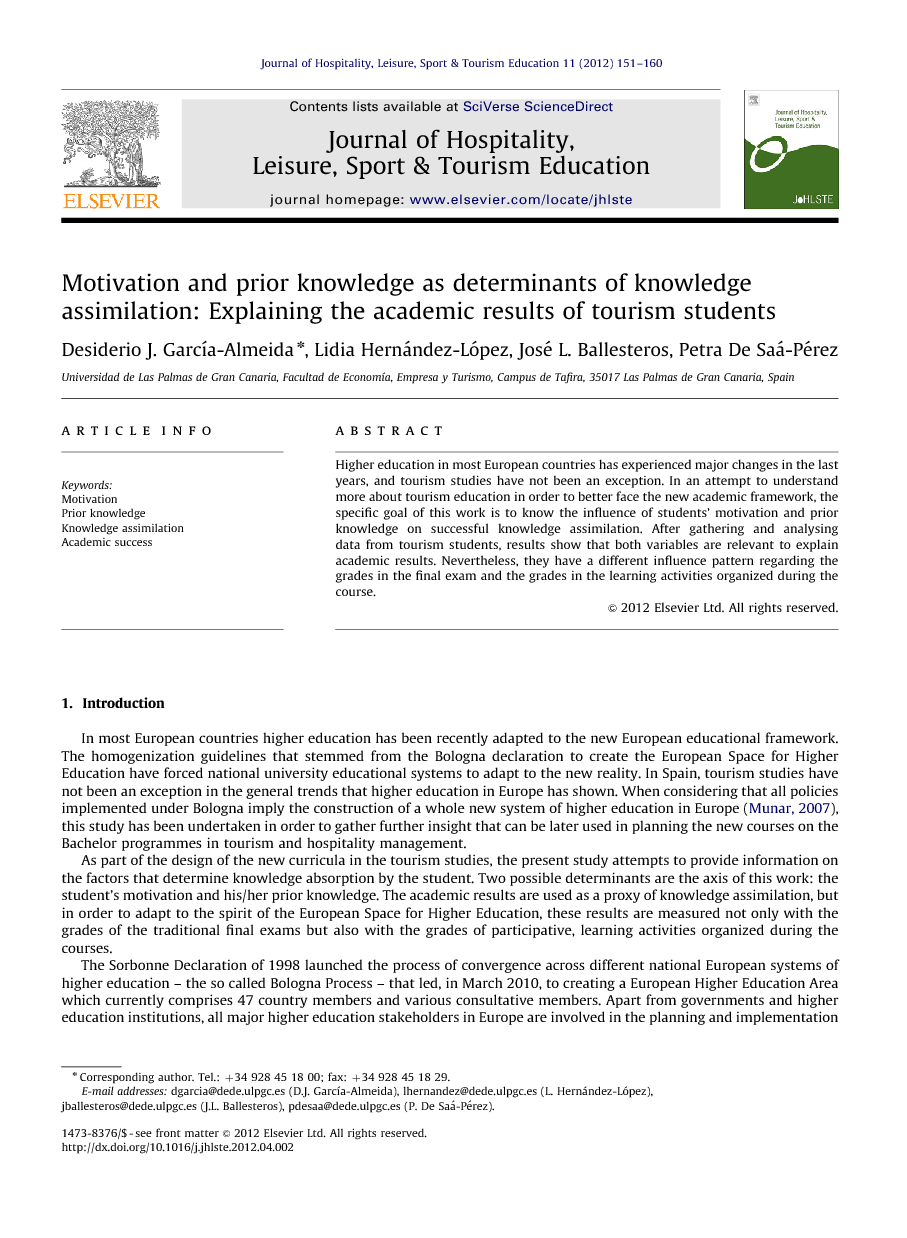 Higher education in most European countries has experienced major changes in the last years, and tourism studies have not been an exception. In an attempt to understand more about tourism education in order to better face the new academic framework, the specific goal of this work is to know the influence of students’ motivation and prior knowledge on successful knowledge assimilation. After gathering and analysing data from tourism students, results show that both variables are relevant to explain academic results. Nevertheless, they have a different influence pattern regarding the grades in the final exam and the grades in the learning activities organized during the course.