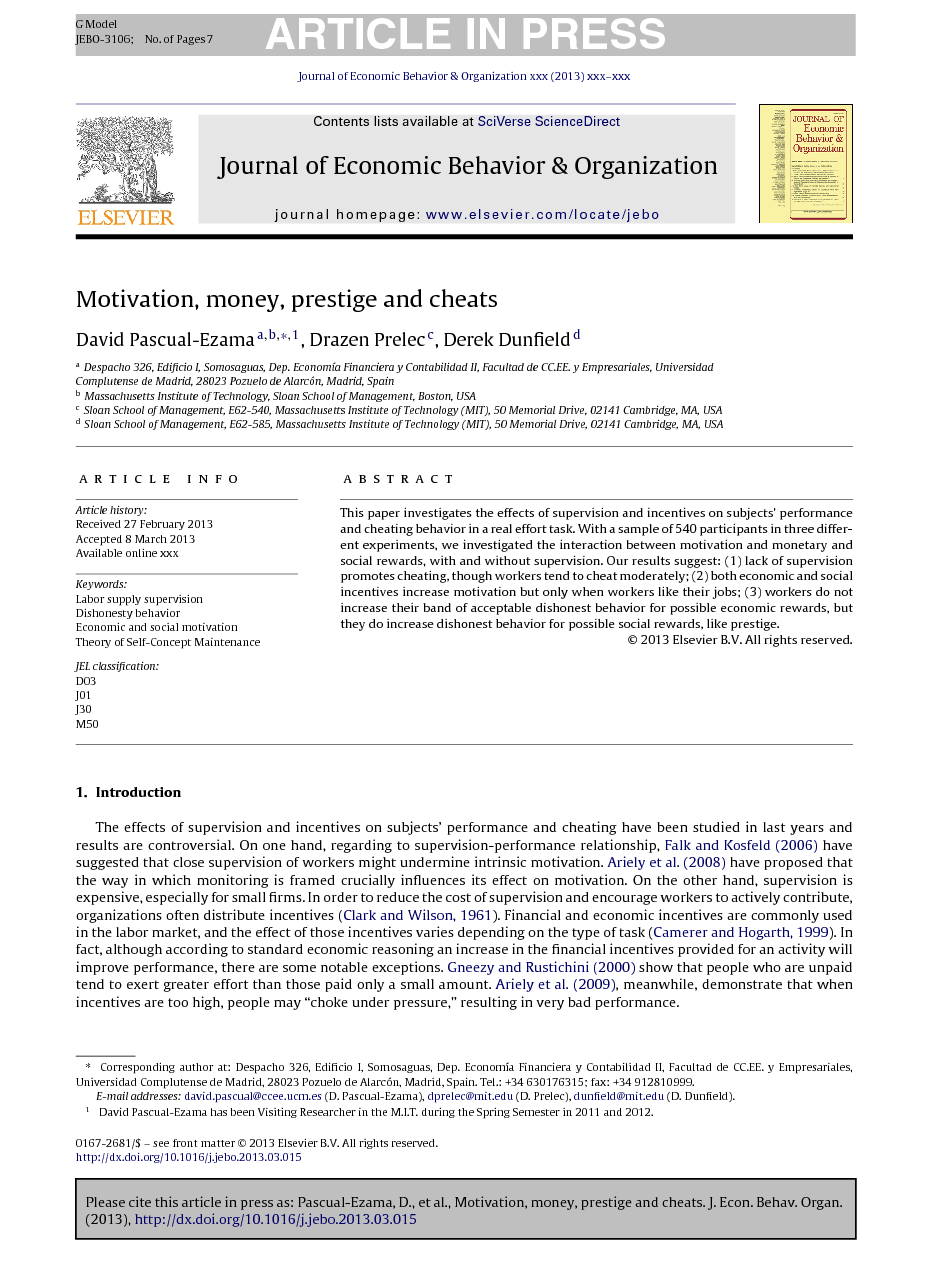 This paper investigates the effects of supervision and incentives on subjects’ performance and cheating behavior in a real effort task. With a sample of 540 participants in three different experiments, we investigated the interaction between motivation and monetary and social rewards, with and without supervision. Our results suggest: (1) lack of supervision promotes cheating, though workers tend to cheat moderately; (2) both economic and social incentives increase motivation but only when workers like their jobs; (3) workers do not increase their band of acceptable dishonest behavior for possible economic rewards, but they do increase dishonest behavior for possible social rewards, like prestige.