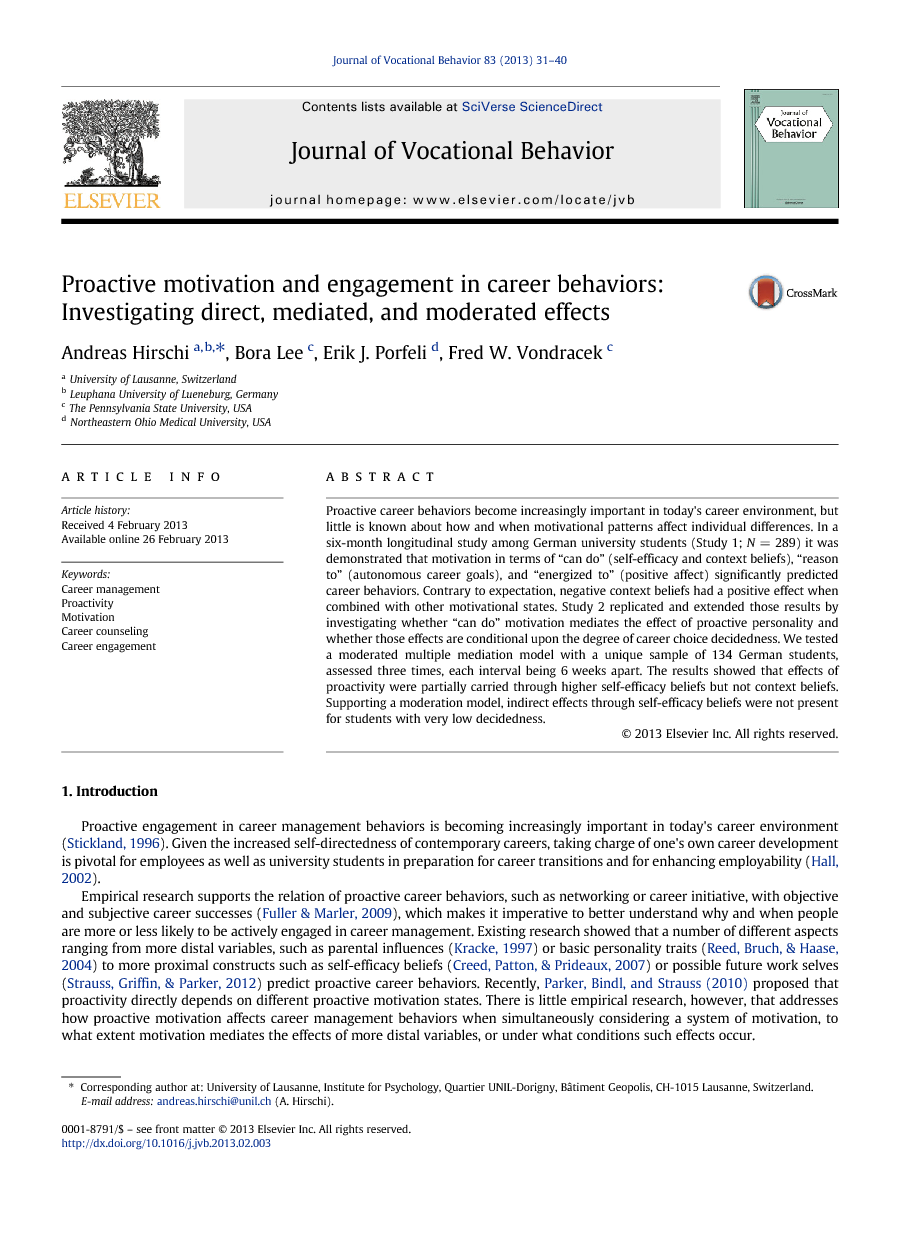 Proactive career behaviors become increasingly important in today's career environment, but little is known about how and when motivational patterns affect individual differences. In a six-month longitudinal study among German university students (Study 1; N = 289) it was demonstrated that motivation in terms of “can do” (self-efficacy and context beliefs), “reason to” (autonomous career goals), and “energized to” (positive affect) significantly predicted career behaviors. Contrary to expectation, negative context beliefs had a positive effect when combined with other motivational states. Study 2 replicated and extended those results by investigating whether “can do” motivation mediates the effect of proactive personality and whether those effects are conditional upon the degree of career choice decidedness. We tested a moderated multiple mediation model with a unique sample of 134 German students, assessed three times, each interval being 6 weeks apart. The results showed that effects of proactivity were partially carried through higher self-efficacy beliefs but not context beliefs. Supporting a moderation model, indirect effects through self-efficacy beliefs were not present for students with very low decidedness.