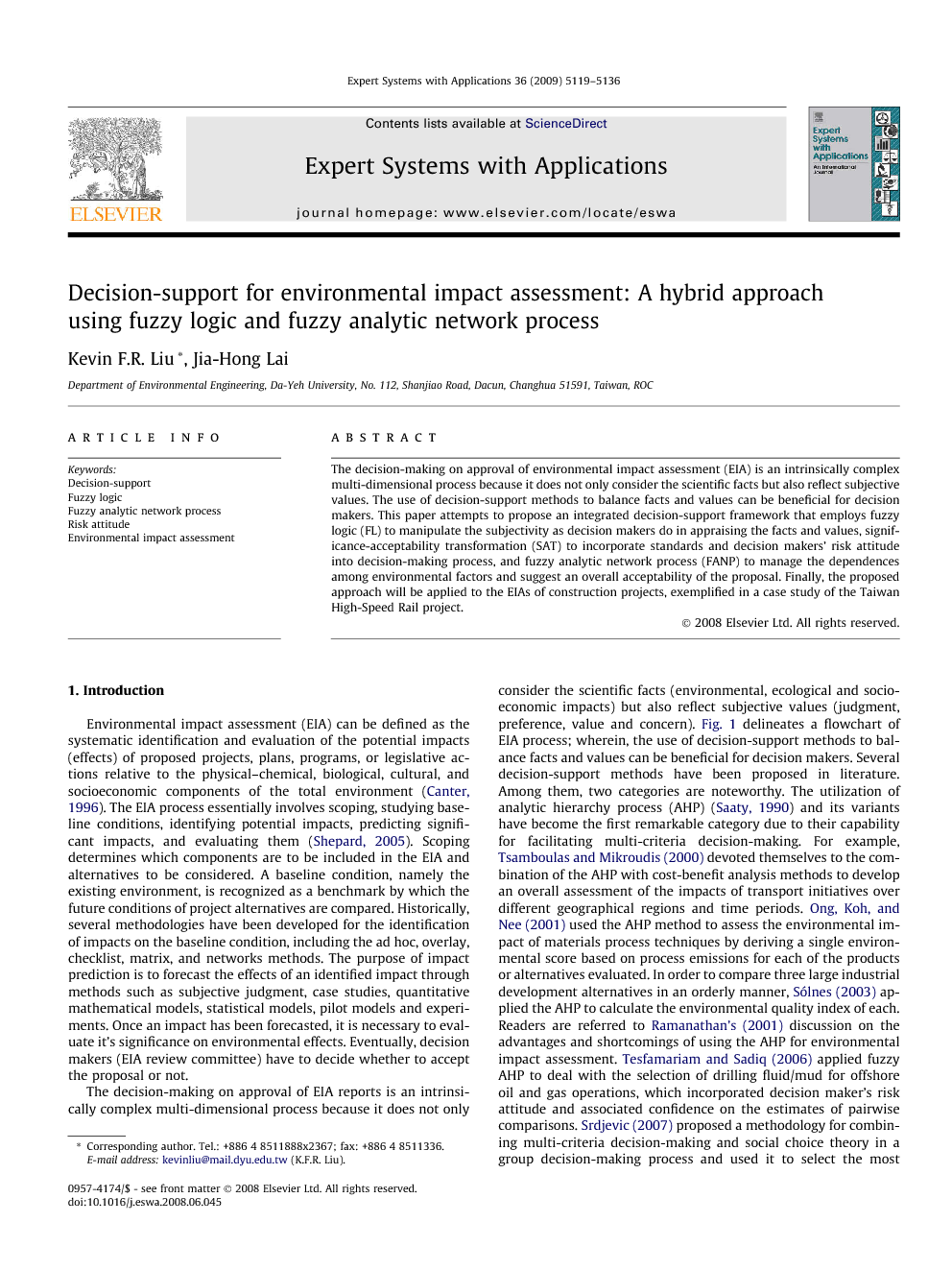 The decision-making on approval of environmental impact assessment (EIA) is an intrinsically complex multi-dimensional process because it does not only consider the scientific facts but also reflect subjective values. The use of decision-support methods to balance facts and values can be beneficial for decision makers. This paper attempts to propose an integrated decision-support framework that employs fuzzy logic (FL) to manipulate the subjectivity as decision makers do in appraising the facts and values, significance-acceptability transformation (SAT) to incorporate standards and decision makers’ risk attitude into decision-making process, and fuzzy analytic network process (FANP) to manage the dependences among environmental factors and suggest an overall acceptability of the proposal. Finally, the proposed approach will be applied to the EIAs of construction projects, exemplified in a case study of the Taiwan High-Speed Rail project.

A decision-support framework considering air, water, soil, noise, solid waste, terrestrial, aquatic, economics, society and culture has been developed to evaluate environmental impacts of construction projects during the construction phase. The framework is composed of the fuzzy logic, significance-acceptability transformation and fuzzy analytic network process, providing the following benefits: • enabled to handle dependence problems among environmental factors through the FANP to derive their relative influences (i.e., global weights); • empowered with subjective assessment modeled by fuzzy logic to bridge the gap between scientific facts and the fulfillment of social values and beliefs; • equipped with the concept of risk via the inclusion of decision makers’ risk attitude (tolerance). Although the proposed approach has been demonstrated by a case study of the Taiwan High-Speed Rail project, further investigation is needed in the future, including the involvement of additional specialists to refine fuzzy rules and the use of statistics instead of experts’ judgments to define the dependence among environmental factors