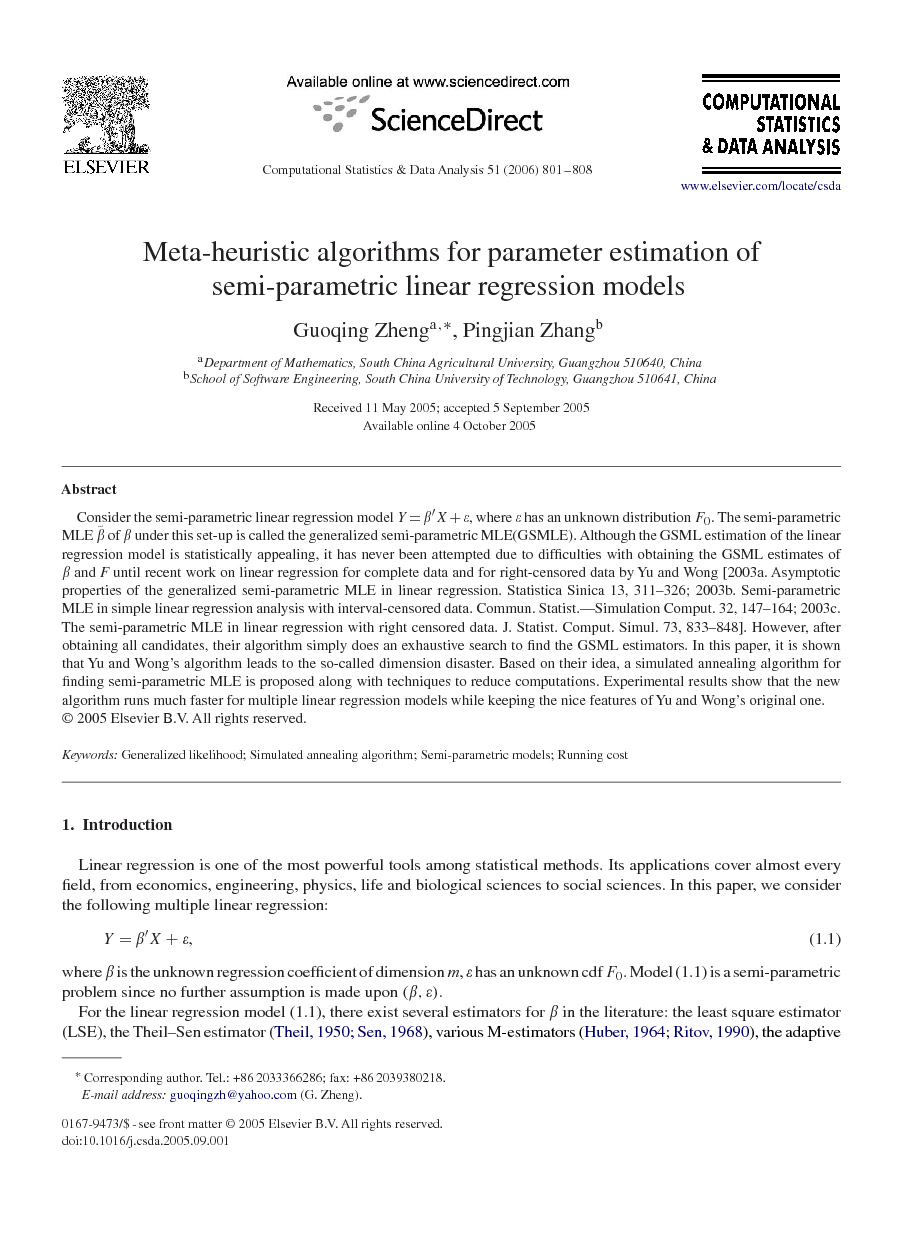 In this paper, a simulated annealing algorithm for finding semi-parametric MLE of multiple linear regression model is presented. Although Yu and Wong's original algorithm is non-iterative and thus obtain the semi-parametric MLE in finite steps, it is inefficient for even moderate n and m from the point of view of computation practise. While keeping the robustness of semi-parametric MLE w.r.t. outliers, and the consistency of Yu and Wong's original algorithm, the new algorithm searches the whole state space with a Metropolis acceptance criteria to reach the global maximum of the generalized likelihood function. By establishing the mapping between indexes of observations and the candidate estimators, system of equations is solved only when needed. This trick reduces computations greatly. Moreover, two other modern search algorithm, TS and GA, are briefly discussed. Experimental results show that all of them are much more efficient than the exhaustive search, with SA to be the most preferable one.