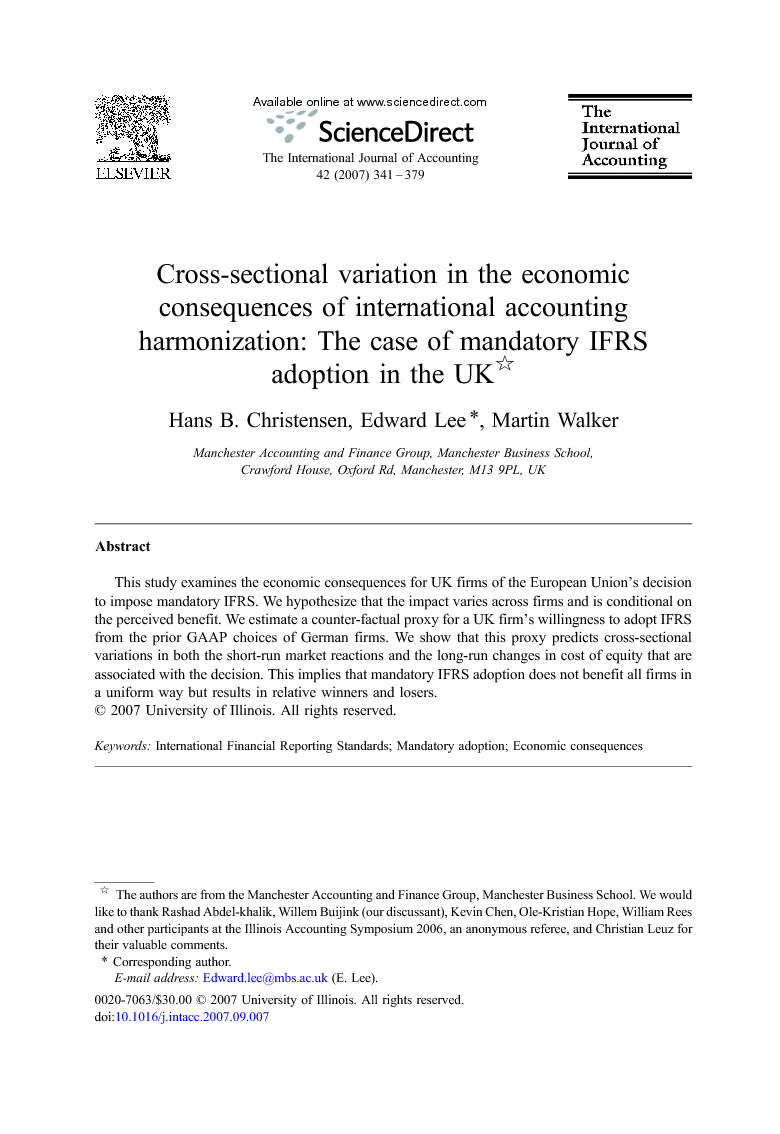 This study examines the economic consequences for UK firms of the European Union's decision to impose mandatory IFRS. We hypothesize that the impact varies across firms and is conditional on the perceived benefit. We estimate a counter-factual proxy for a UK firm's willingness to adopt IFRS from the prior GAAP choices of German firms. We show that this proxy predicts cross-sectional variations in both the short-run market reactions and the long-run changes in cost of equity that are associated with the decision. This implies that mandatory IFRS adoption does not benefit all firms in a uniform way but results in relative winners and losers.