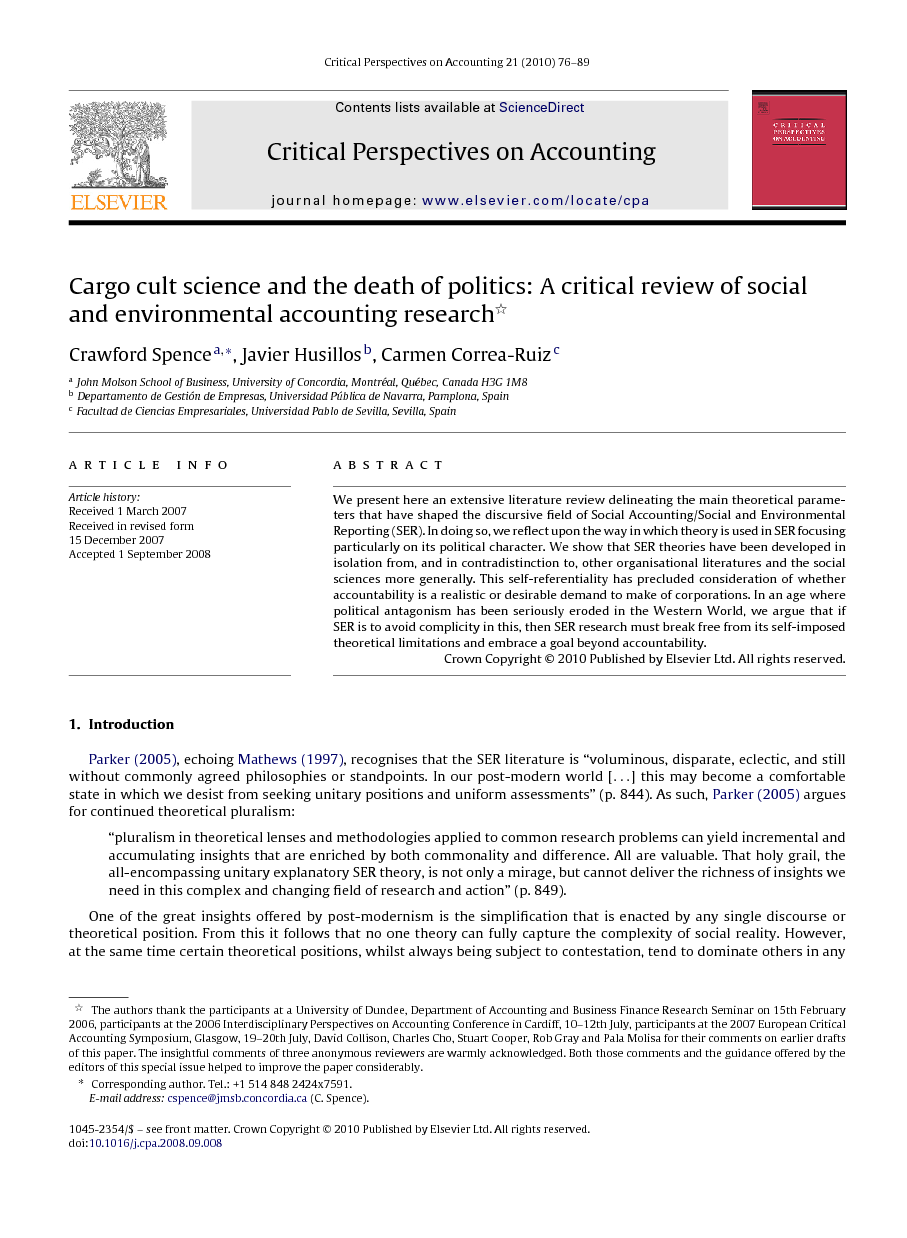 We present here an extensive literature review delineating the main theoretical parameters that have shaped the discursive field of Social Accounting/Social and Environmental Reporting (SER). In doing so, we reflect upon the way in which theory is used in SER focusing particularly on its political character. We show that SER theories have been developed in isolation from, and in contradistinction to, other organisational literatures and the social sciences more generally. This self-referentiality has precluded consideration of whether accountability is a realistic or desirable demand to make of corporations. In an age where political antagonism has been seriously eroded in the Western World, we argue that if SER is to avoid complicity in this, then SER research must break free from its self-imposed theoretical limitations and embrace a goal beyond accountability.