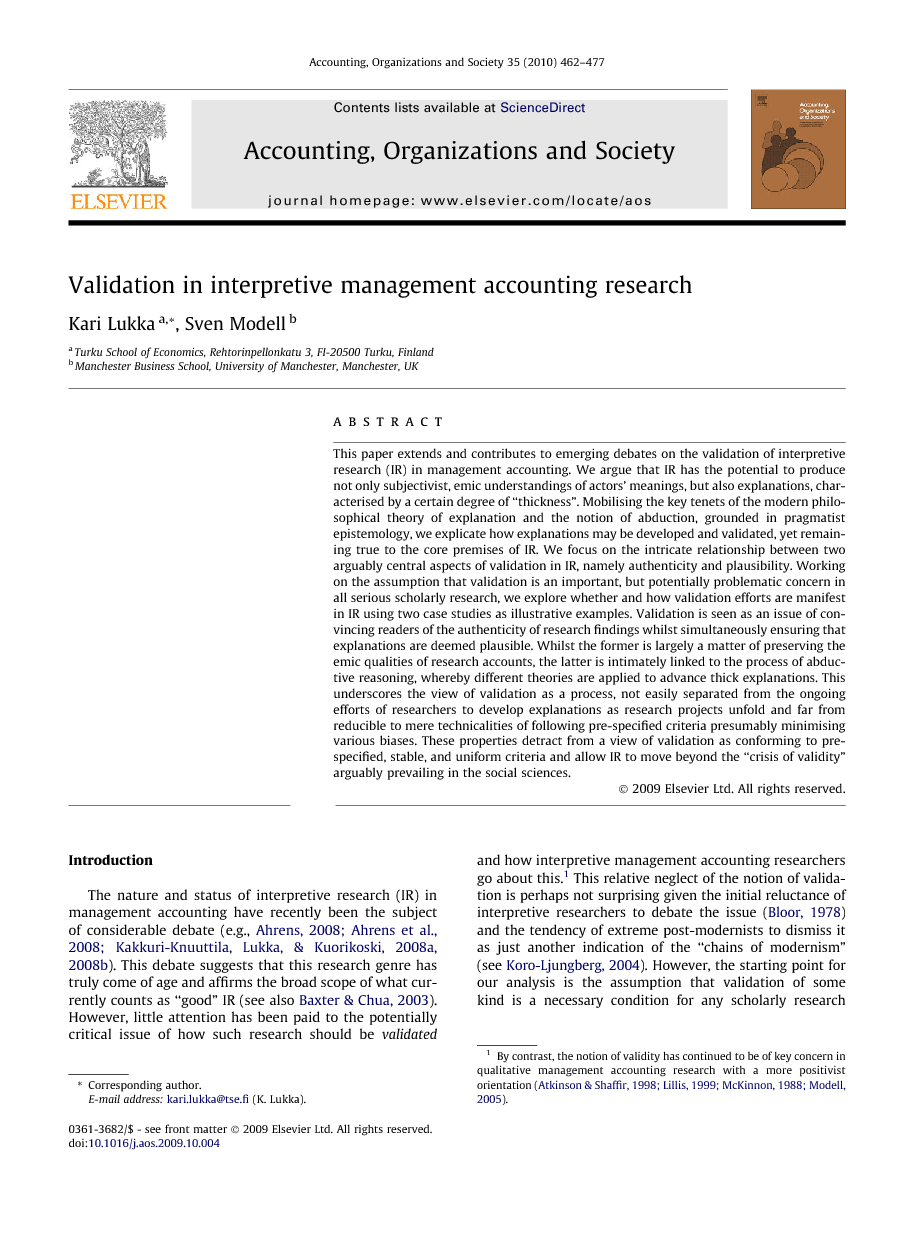 This paper extends and contributes to emerging debates on the validation of interpretive research (IR) in management accounting. We argue that IR has the potential to produce not only subjectivist, emic understandings of actors’ meanings, but also explanations, characterised by a certain degree of “thickness”. Mobilising the key tenets of the modern philosophical theory of explanation and the notion of abduction, grounded in pragmatist epistemology, we explicate how explanations may be developed and validated, yet remaining true to the core premises of IR. We focus on the intricate relationship between two arguably central aspects of validation in IR, namely authenticity and plausibility. Working on the assumption that validation is an important, but potentially problematic concern in all serious scholarly research, we explore whether and how validation efforts are manifest in IR using two case studies as illustrative examples. Validation is seen as an issue of convincing readers of the authenticity of research findings whilst simultaneously ensuring that explanations are deemed plausible. Whilst the former is largely a matter of preserving the emic qualities of research accounts, the latter is intimately linked to the process of abductive reasoning, whereby different theories are applied to advance thick explanations. This underscores the view of validation as a process, not easily separated from the ongoing efforts of researchers to develop explanations as research projects unfold and far from reducible to mere technicalities of following pre-specified criteria presumably minimising various biases. These properties detract from a view of validation as conforming to pre-specified, stable, and uniform criteria and allow IR to move beyond the “crisis of validity” arguably prevailing in the social sciences.