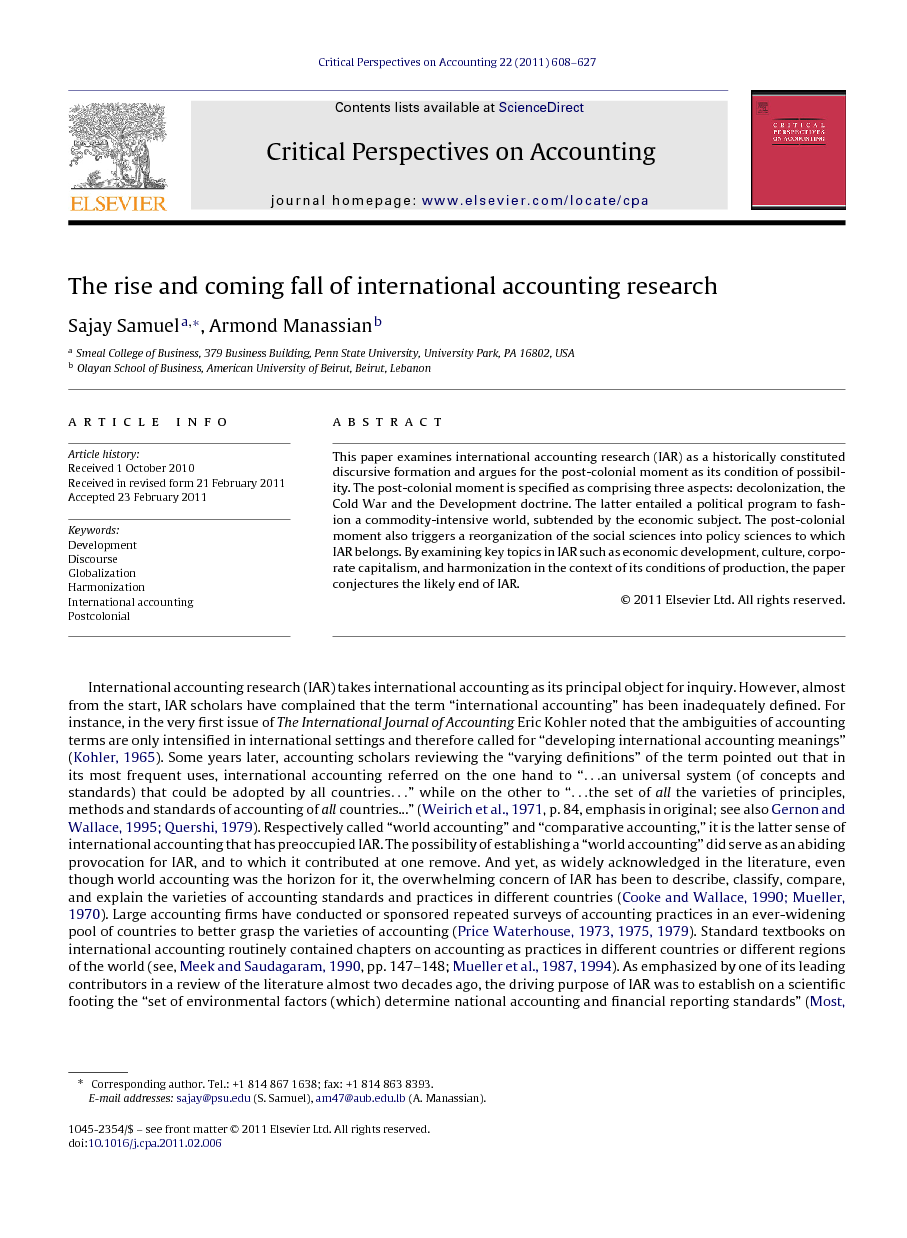 This paper examines international accounting research (IAR) as a historically constituted discursive formation and argues for the post-colonial moment as its condition of possibility. The post-colonial moment is specified as comprising three aspects: decolonization, the Cold War and the Development doctrine. The latter entailed a political program to fashion a commodity-intensive world, subtended by the economic subject. The post-colonial moment also triggers a reorganization of the social sciences into policy sciences to which IAR belongs. By examining key topics in IAR such as economic development, culture, corporate capitalism, and harmonization in the context of its conditions of production, the paper conjectures the likely end of IAR.